The number of business school graduates choosing a career in the oil and gas industry has fallen by 16 per cent since 2019 and by 40 per cent since 2006, new research shows. And an analysis of the data highlights how millennials and Generation Z are placing an ever-greater focus on climate change as they enter the MBA jobs market.

Over that longer 15 year period, there has been a 20 per cent increase in students recruited into the renewable and environmental industries — taking the total to a new record. Most have joined employers such as Vestas, Alstom Power and Siemens Gamesa. At the same time, there has been a shift away from Shell, Exxon, Chevron and other energy groups whose businesses are based in fossil fuels.

But the figures also reveal that MBA students in the green sector are more likely to become entrepreneurs and start their own companies immediately after graduation.

All of these findings emerge from a survey conducted for the Financial Times by LinkedIn, the professional networking site, based on the early careers of 3.5 million MBA graduates since 2004, and the extent to which they regard jobs as being “green”. They also give insights into students’ career aspirations and opportunities — and the relative influence of various business schools.

Karin Kimbrough, the chief economist of LinkedIn, says: “This generation is voting with its feet. I see this as an evolution not a revolution for the green economy. Even MBA graduates are getting greener. They are doing the same jobs as before but in a greener way. Every sector will include more and more green skills.”

According to the research, the proportion of students moving into sustainability-linked careers rose to 0.58 per cent of the total in 2020. Conversely, the figure for those who started jobs with the more traditional oil and gas sectors fell to 1.24 per cent last year, continuing a gradual decline from a peak of 2.04 per cent in 2007.

Data points also show the business schools that have trained a particularly high share of MBAs to take green jobs. These include Copenhagen, IESE (Barcelona) and Yale as well as the Brazilian institutions São Paulo university and Fundação Getulio Vargas.

Meanwhile, some schools trained a significant number of graduates who joined either sustainable companies or fossil fuel companies, notably Harvard, London Business School and the University of Texas at Austin.

Michel Rassy, associate director of admissions for Latin America at IESE, says: “This generation is more likely to think about sustainability. Every year the number of candidates for MBAs interested in long-term purpose is increasing. They are the first to say that money doesn’t buy happiness.”

He says the factors that explain IESE graduates’ engagement with the issue include the school’s Catholic principles, its electives on sustainability, a social impact fund, and a responsible business student club.

Himanshu Gupta — who grew up in an Indian village before taking an MBA at the Stanford Graduate School of Business, and has since created ClimateAI, a business to help predict climate risks to supply chains — says the school reflected and supported his interest in sustainability.

“There is a self-selection mechanism to identify a certain quality of students with a certain DNA,” he says. “It all starts with the application essay, which asks about what matters most to you in life. When you go to parties and ask what others are working on, they are discussing impact. It gets you thinking what you are doing with your life.”

Explore the Special Report
READ MORELuigi Zingales
How should companies decide on their ESG goals? 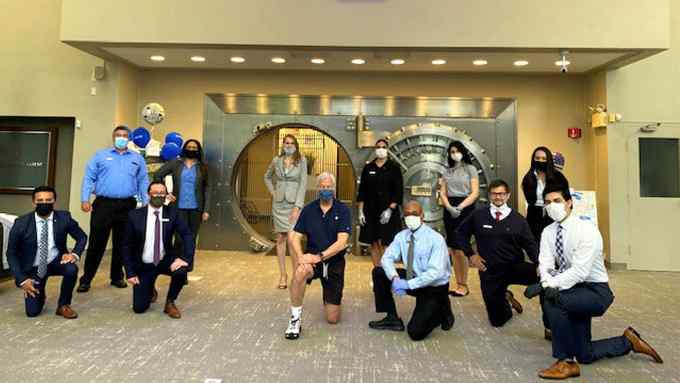