How data can help you get a pay rise

Negotiating a salary can be so painful for some people that they avoid it, even if it costs them dearly. Almost 60 per cent of employees admitted they accepted their company’s first offer in their most recent job, according to a survey by Glassdoor, the employer review site.

More than half of men did not negotiate and nearly 70 per cent of women shied away from attempting to persuade a potential employer of their true worth.

Getting to know what you are worth is becoming easier thanks to online crowdsourcing. Salary calculators such as PayScale and Salary.com collate compensation information from millions of employees, producing more reliable data that can be sifted and sorted by qualifications, years of experience and region. Applicants no longer have to rely on information about salaries whispered by friends or future colleagues — they can enter a negotiation armed with public yet anonymous figures.

Several million people have used Glassdoor’s “Know Your Worth” tool since it was launched in October 2016. The company estimates it can calculate personalised market values for 77 per cent of the US workforce. It looks at factors such as industry and company size, and trends in supply and demand in the local markets. It says it has a 12 per cent median margin of error, as salaries fluctuate for individual traits and skills.

On LinkedIn, the social network for professionals, more than 4m people have submitted their salaries to the platform in the past two years. Each year, the site prompts members to resubmit their salary to keep the figures up to date.

Keren Baruch, senior product manager at LinkedIn, says the company wants to increase transparency on salaries in the same way it made networking more public. “Having more information makes people make informed decisions,” she says. “When you think back to how LinkedIn started, it used to be that professional networking happened in the shadows — it was something outside the public arena. Now, networking is something that everyone does.”

Women in particular might find it useful to be armed with data showing average salaries for similar positions, as they are often reluctant to boast of their achievements or may be judged more than men for doing so. LinkedIn is considering whether to include gender in the calculator, to show what higher paid men are earning, for example.

But all crowdsourcing, from Facebook posts to Wikipedia entries, should be treated with caution. There is little obvious incentive to lie in order to skew an average made up of millions of data points, but there are areas where there may not be enough data. When I looked up journalist positions in the San Francisco Bay area, where I live, neither Glassdoor nor LinkedIn could give me estimates because the roles are rare and few have entered salary data. Where there are data, employers may argue the figures are not applicable to their company or your experience.

If you believe you could benefit from knowing the average yourself, you should consider entering and updating your salary details to improve the dataset. In the long run, if there is a lot of data that is already public, employers may have an incentive to be more open about their own salary data, at least in the aggregate, to ensure it is accurate.

Once you have at least a rough idea of the salary you are aiming for, other technologies can help you to negotiate. Harvard, Wharton and Stanford will pay for Jobjuice’s salary negotiation app for MBA graduates applying for jobs. The app was put together with Roger Dawson, author of Secrets of Power Negotiating, and the advice is presented in bullet points on flashcards that could (almost) be read under the negotiating table.

You can use the app to create a “choose your own adventure” of salary negotiation, following a journey to different cards depending on the particular challenges you face. The cards are like checklists that make suggestions to increase a salary package, such as hiring bonuses, discounts on company products or asking an employer to match your former company’s severance deal. They suggest long lists of what you could offer your employer to enhance your appeal: giving workshops to other employees, for example, or leading on corporate responsibility programmes. 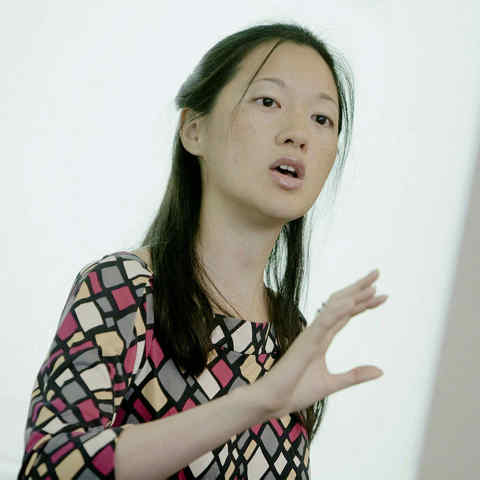 There are also strategies on how to close the deal, such as the “tugboat close”, where you gently pull the recruiter along by prolonging the interview, or the “Benjamin Franklin close”, where you write a list of pros and cons for an employer that is having trouble making up its mind.

Perhaps the hardest part of negotiation is staring into the eyes of a future boss whom you want to like you and asking for something he or she does not want to give. One day, we may be able to practise these difficult conversations in virtual reality (VR), learning to keep our composure in the hostile environment. In 2016, Variable Labs, an Oakland-based start-up, created a prototype with the American Association of University Women, a non-profit advocacy body, to teach women how to negotiate in VR.

This proof of concept, first sketched out at “Hack the Pay Gap”, a hackathon at the White House, asked applicants to write a script of their negotiation based on a curriculum. They then donned the VR headset and practised saying the words to the virtual manager. Natural language-processing technology is not advanced enough for people to change their script on the fly, but even the immersion was powerful, argues Mario de la Vega, co-founder of Variable Labs. He hopes VR will become far more accessible within the next five years — for example, in public libraries.

“You feel like you are there sitting across from someone,” he says. “Rehearsal is a really powerful way to prepare, whether it is an interview, a negotiation or any conversation where you want to succeed. Practice is key.”

Negotiating can be lonely, so one start-up is offering users of its platform a salary sidekick to guide them through the process. Hired’s talent advocates work with candidates who submit CVs to the platform, which specialises in hiring for technology companies.

Lexi McGlade has advised 1,000 people since joining Hired as an advocate six months ago. “[Negotiating] can be challenging and elicit self-doubt in individuals. It’s helpful to hear from someone who doesn’t have any stakes in the game,” she says.

McGlade can draw on salary data Hired gets from its market place and her experience of advising employees. She often advises candidates to adjust their expectations, even encouraging those who underestimate their worth to raise the desired salary they put on their profiles.

She also runs mock negotiation sessions where she plays the recruiter. She coaches employees to sound excited about an offer before broaching pay. “I push back if I feel a candidate can handle it or they are asking for something [unreasonable like] an extra $30,000 in base salary,” she says.