Cutting it elsewhere: how to change career

Susan Sommerville enjoyed working as a teacher, first to young children, then later to teenagers. She is, however, the first to concede it could be hard work: “It is exhausting. You give so much of yourself.”

Despite the sense of purpose the work gave her she found herself feeling wistful when she watched the children leave for university education and careers. “I wondered if I could cut it in the wider world.” She hankered after experiencing “something different”.

So at 30, she quit her full-time job to go back to university to study occupational psychology. While she was doing research at PwC, the professional services firm, as part of her Masters degree, she came across the role of organisational consultant — an area which she is still working in today at the age of 45.

Ms Sommerville applied and was hired. In the early days, she was plagued by imposter syndrome. She recalls worrying about the “clever people seeing through me: would I be found out?”

Working for a large company was a big adjustment. “I was shocked by the idea I could get a bonus for having a good year. Being a teacher, the motivation is intrinsic.”

Yet other aspects of the new career, Ms Sommerville took in her stride: presenting to her peers was far less stressful than a room full of teenagers or seven-year-olds, after all.

Ms Sommerville recommends teaching as an alternative career to her colleagues. If they were to take her advice, they would join Lucy Kellaway, the Financial Times columnist, who last week announced that after 31 years she was retraining to become a maths teacher — and imploring others in their 40s, 50s and older to follow suit.

The dream of quitting one career for something entirely different is an intoxicating one. Yet the reality is far from straightforward, says Marc Freedman, founder of a social enterprise that advocates “encore careers”, or new chapters in later working life that promote social value and purpose.

“Getting from one career to another is a painful and fitful process. It’s confusing; we don’t have a set of institutions like universities [do with teenagers] to guide older people.” He wants more organisations to help mid-career workers retrain such as Ms Kellaway’s Now Teach pilot.

Those who change careers successfully appreciate that the transition might take a long time, he says. They also explore multiple options before investing in training. He advises saving money for a transition period.

Work experience, and talking to people doing the job to which you aspire about the reality of their work is important, rather than making a leap into the unknown. Mr Freedman advises career-changers “to try before they buy” through internships, volunteering or board roles. “You need to roll up your sleeves and try it out.”

Too many people, Mr Freedman says, do not put enough effort into exploring alternatives. “They dream of working as a lawyer or a banker, then the clouds part and they pursue their dream without breaking a sweat. It’s a romantic fantasy.”

Jane Clarke, director at Nicholson McBride, a business psychology consultancy, says the most important thing is to “understand why you’re unhappy” in your job. “People don’t think hard about it. It’s important to see which bits you like and analyse the company, people at work, work-life balance.” It is also important, she says, to understand where you get your identity from. “For some people it is really important to say ‘I work for X’ or am a ‘Y’.”

Ms Clarke suggests that those who want to make a move but have no idea where they want to go should scrutinise their entire career and pick out components that made them happy.

Becca Warner of the Escape School based in the City of London, which runs programmes for career changers, says common catalysts include having children, losing a parent and reaching an age milestone. “This is often a prompt to make people think about what are they doing with their days. What legacy am I leaving?”

Two macro trends should work in favour of older career changers. The first is that more people are expected to work for longer than previous generations due to longer lives and reduced pension savings. The second is the rise of self-employment and contract work, which allows some to inch their way into a new career as a freelancer. “You can dip your toe in,” as Ms Warner says.

Geoffrey Stanford has made multiple changes, from the army to consultancy to investment banking to teaching. When he was a banker, he was cautious about being dependent on a high salary. “People get locked into mortgages. My wife and I were clear that we weren’t going to get sucked into that lifestyle.”

A change in income or status, or stints retraining, can affect relationships. If your partner believes fine dining is important then they might feel disappointed on their tenth night of baked beans on toast. Mr Stanford advises “keeping an open dialogue with your partner, not just about your job but what’s important. You have to be clear.”

Research by the Escape School found people who left jobs to pursue dreams reported higher levels of fulfilment and purpose. However, despite often taking a hit on income, they did not express dissatisfaction about money. “People recalibrate their relationship with money. They adapt,” says Ms Warner.

This was certainly the case for Sally Arnold who quit law to become a hairdresser almost 10 years ago. After working in Linklaters’ private equity team and then in-house at Unilever, the consumer goods company, she realised law was making her unhappy.

While the hours at Unilever were better than the “relentless” days at Linklaters, she could not envisage a future as a lawyer. The tipping point came after she split up with her boyfriend and, having sold her flat, found she had enough money to finance a course at Vidal Sassoon’s hairdressing school. Her budget was severely reduced.

“It’s amazing how you can adapt. It was hard having to be careful all the time. I earn so much less than I used to but I’m so much happier. You can adjust your lifestyle and spending. Lots of people want to change career but feel constrained. It’s perfectly possible to [make do with less].”

Career changers must be prepared to steel themselves against peers projecting their own anxieties and envy. “People got very defensive,” says Ms Arnold who was told hairdressing was a “waste of a brain” and “there’s no money in it”.

Going back to study when your peers are younger can be a huge adjustment. Jason Warren, who trained to be an architect with students 10 years younger, found the experience invigorating.

“I lived for doing the course. I wasn’t taking days off with a hangover. It meant a lot more to me being a student once you’ve lived in the real world.” 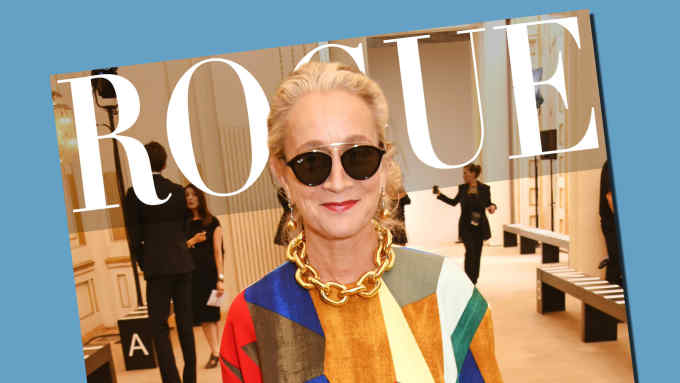 Not every endeavour will be a success. Knowing when to let go and move on is a rare and important skill.