To those who regard any clockwork watch as an anachronism in the modern, electronic world, the continued existence of chiming models must seem baffling.

Conceived during the candlelit era to make it easier to tell the time in gloomy conditions, none is uncomplicated, but the simplest is the minute repeater, which chimes the hours, quarters and minutes in different tones when the user activates the mechanism with a slide on the side of the case.

The most complex is the grande sonnerie, which automatically sounds the hours and quarters, usually striking the quarter-hour first on a high gong, then the full hours on a lower one.

Somewhere between the two comes the fancifully named carillon, which, instead of the two gongs of the minute repeater or the four gongs of the grande sonnerie, uses three gongs and three hammers that play low notes for the hours, high notes for the minutes and a complete melody for each quarter.

It is that melody that inspired the description “carillon”, which comes from the chiming instrument invented in the 17th century comprising a minimum of 23 cast bronze bells (and sometimes as many as 77) suspended above the player — who creates a tune by using feet and clenched fists to hit pedals and a keyboard connected to the bells by metal rods.

Bulgari has considerable form in chiming watches, largely inspired by the musical heritage of its Italian roots. In the Octo Roma Carillon Tourbillon pictured here in deconstructed form, it combines the 350-year-old carillon theme with cutting-edge horological design.

“The idea was to take an ancient technique and create a very modern look using high-tech materials in order to project chiming watches into the 21st century,” explains Fabrizio Buonamassa, Bulgari's creative director.

To that end, the watch has a 44mm titanium case with a diamond-like carbon coating, while the centre is open-worked and the titanium outer rim of the back is perforated for maximum resonance.

Inside, the 432-part, hand-wound movement is mounted in the reverse of the conventional way, meaning the three hammers and three gongs that are usually hidden on the wrist side are displayed at the front so they can be clearly seen in action.

The grille-like bridges that combine to serve as the dial also help the sound to escape, while the sapphire case back gives a view of the mechanism that contains separate spring barrels, one to power the hands and the other to drive the carillon.

The first barrel contains sufficient energy to enable the watch to run for 75 hours and can be monitored using the power reserve indicator, also found on the back.

A tourbillon cage at the six o’clock position adds to the complexity of the watch, just 15 examples of which will be made, each perfectly pitched at price of $259,000. 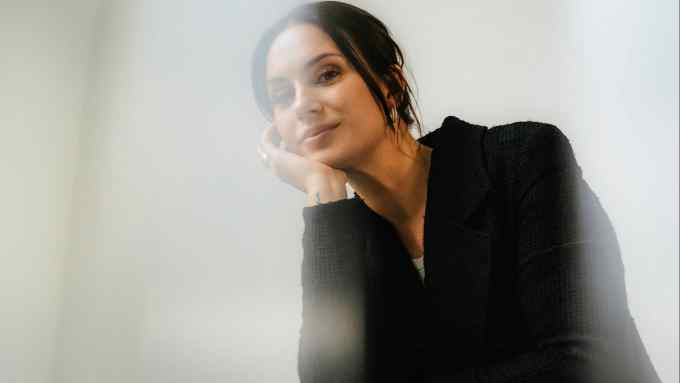