Who will replace Merkel as head of the CDU?

An audio version of the best of the Financial Times's Big Reads — in-depth reporting from FT correspondents around the world. Listen to longform stories that explore and explain key themes in world news, science and business. Produced by Anna Dedhar. 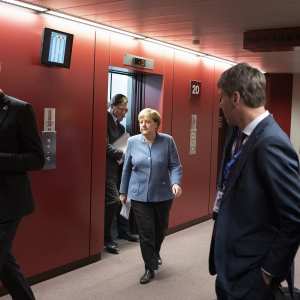 In October, Angela Merkel announced she would be stepping down as leader of the Christian Democratic Union, the party she has headed for nearly two decades. The race to succeed her is now well underway, says Guy Chazan. Three candidates have emerged in a battle that will decide whether the party stays its course or turns to the right. Produced by Anna Dedhar and Harry Robertson