Because what’s Christmas without a Transformer?

The original Transformers TV series, first screened in 1984, began each episode with a stern warning that there was “more than meets the eye” to this collection of extraterrestrial robots. Those of a certain age will remember the villainous Megatron and his ongoing battle with Optimus Prime (hooray!), leader of the Autobots, who could convert himself into a Freightliner truck at will, and did so, frequently, for various pressing reasons.

Chinese firm Robosen has been developing toy robots for more than a decade, and showcased remote-controlled humanoid robots at the past two CES shows in Las Vegas. Its 2020 effort, the T9, was so brazenly similar to a Transformer that attendees mused whether a link-up with Hasbro (proprietor of the brand) might be imminent. Sure enough, it has happened at last.

“Hey, Optimus Prime,” is Mr Prime’s preferred mode of address, to which he responds with a curt “Greetings,” at which point he’s ready to do your bidding. Converting to and from his truck-shaped form is just one of his talents; he dances and does press-ups, strikes heroic poses, is a master of martial arts and moves around the room with a swagger. At 19in tall, he’s a sizable superhero – even before he’s attached to his 3ft trailer, which independently converts into “battle mode”.

Converting from truck-shaped form is just one of his talents

Straight out of the box and turned on, it’s an amazing spectacle. But there’s more than meets the eye to this robot, too; a range of downloadable actions via the Robosen app, shooting functions, thousands of programmable movements and customisable voice controls.

“As long as power flows through any of my circuits, Megatron, I’ll fight you,” says Prime in an 1985 episode titled “City Of Steel”. This turned out not to be quite the case during testing; a pile carpet in the living room turned out to be his nemesis, causing him to squawk “left hip is stuck, please reboot”, which, let’s face it, is not the most inspirational of battle cries. (Apparently he only works on flat surfaces. If you see Megatron, let him know.) Robosen Optimus Prime Robot + Trailer, £1,599

Leica what you see?

Leica’s handmade cameras have long been renowned for their superlative design, exceptional build quality and – let’s not be shy – price. All these characteristics can be found in Leica’s wristwatches, the L1 and the flagship L2, which comes with an additional day-night indicator and a second time zone on the dial.

The incorporation of Leica design traits are really rather heartwarming: instead of pulling the crown to set the time, you enter and exit setup mode by pushing the iconic red-dot “shutter” button. There aren’t many examples of companies diversifying with success (I’m haunted by the memory of Bic launching a perfume) but this movement by Leica (no pun intended) is a triumph. Leica L2, $14,000

Infrared hair dryers are billed as being kinder to hair than blasts of hot air. In this case the unit claims to dry hair “from the inside out”, but given I don’t have a microscopic moisture meter to plunge deep into a hair strand, this is impossible to verify. My partner, however, is lucky enough to possess a full head of hair, and she gives this unit high praise.

On its highest setting, the combination of infrared heat and blow-drying does the job incredibly quickly, with a red light giving a visual indication of where the infrared heat is working. It’s robust, well balanced, feels good in the hand, and (crucially) dries hair quickly without leaving you feeling as if you’ve given your scalp a grilling. Nicky Clarke Infrared Pro Hair Dryer, £129.99

Sexy in the city

Boy racers may scoff at a motorcycle with a top speed of 45mph and a range of just 80 miles. But in this era of electric vehicles, being scoffed at by boy racers is surely a badge of honour.

This head-turner of a machine, loosely styled on café racers of the 1960s, may score low on speed, but receives top marks for convenience. Its two removable batteries can be charged on standard domestic sockets (less than four hours for a full charge), and in the UK you can ride it on a standard CBT learner licence. If you’re trying to make your way to and from work on city roads where average speeds barely touch 20mph, this is the ultimate commuter vehicle: light, responsive and environmentally sound. Maeving RM1, £6,990 (also available from Smartech at Selfridges, London W1)

This is the second of Lego’s tributes to video game consoles of yesteryear, following its 2020 release of a Nintendo Entertainment System set. The Atari 2600, launched in 1977 (sold under the retrospectively hilarious name of “Video Computer System”), brought Space Invaders into the living room and ultimately became the best-selling console in North America.

This 2,532 piece, 1:1 representation of the 2600, along with three vignettes representing Centipede, Adventure and Asteroids, is beautifully detailed and a completely absorbing build. You could search for an original, fully working Atari 2600 on eBay, but that will require a little more money and a great deal more patience. Lego Atari 2600, £209.99 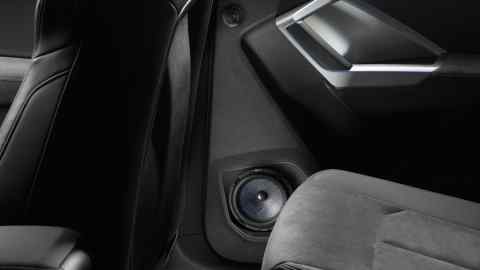