Would you turn down £1bn? Why some people don’t want to inherit 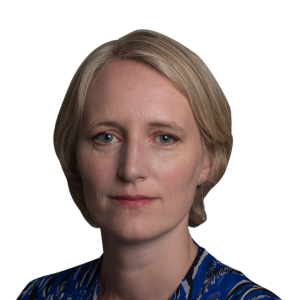 In September, I chaired a panel at the FT Weekend Festival with Cath Dovey, a wealth management industry veteran, who mentioned at one point that many young people did not want the responsibility of inheriting £1bn. A colleague tweeted this and the offers flooded in. “Reasonably confident I’d be OK with it,” said one. “I’d be happy to give it a go for the sake of research,” said another.

When I asked other wealth managers about this phenomenon, it elicited a sort of squawking sound. “I can honestly say I’ve never come across that,” said one.

But in the world of the very wealthy — who, at the $50m mark and beyond, sometimes have family offices to manage their wealth — such examples do exist.

In one case, Dovey said, a father wanted one of his children to run the family office, but none was willing. They had “normal” careers — one was a teacher — and didn’t want colleagues or friends to know about the family money as they thought it might damage their relationship. They also didn’t want their own children to feel alienated from their friends, so they are saying no to the money. In another case, the founder of an engineering company couldn’t convince his children or grandchildren to run the business. One granddaughter eventually persuaded him to put all the money in a philanthropic trust, so that her generation could lead a “normal” life. In another case, the second generation of a family in the food business sold out but then regretted their decision. “The family lost its identity and sense of common purpose, and ended up having to start a new business together to reinvent themselves,” said Dovey.

The idea that a family, even a large, multi-generational one, has a specific identity crops up frequently in the wealth management industry. Rich families often define themselves perhaps via their philanthropic trusts as concerned about the environment, education or perhaps child poverty.

Genuinely “normal” families tend not to define themselves by their values, at least not in my experience. This could be a dynastic thing — a desire to create something with more meaning than the sum of its parts or, in this case, family members. Ariane de Rothschild, who heads the Edmond de Rothschild private bank in Paris, says Asian clients in particular are obsessed with the idea of creating a dynasty.

It could also be a financial thing — it is better for money to stick together, so a shared sense of purpose makes sense in a wealthy family. That helps to avoid the so called “rule of 92”, which states that 92 per cent of a family’s wealth is lost by the third generation. Succession planning is key in this, but just 43 per cent of family offices have a succession plan in place, according to a report by Swiss bank UBS. Failure to put a plan in place is “potentially disastrous for wealth transition between generations”, according to one family office executive quoted in the report.

Even more disastrous would be if the next generation refused the money. Talking about wealth at an early age helps, advisers say, as does involving the next generation in investment allocation decisions. If all else fails, embracing new family members keener to carry on the dynasty might help. There are, after all, plenty of volunteers on Twitter.