In less than a year’s time, one of the EU’s most ambitious and contentious sets of financial reforms will come into force.

Aimed at preventing a repeat of the market turmoil encountered during the financial crisis, the second instalment of the Markets in Financial Instruments Directive — better known as Mifid II — will change the way a many financial services companies, from investment banks to asset managers, operate.

Complying with the far-reaching legislation, which comes into force in 2018, will not be cheap or easy. Opimas, a consultancy, estimates Mifid II will cost the finance industry more than €2.5bn to implement.

With many of the new rules focused on banks, they face the biggest costs. But asset managers will be uniquely affected because they will encounter many regulations for the first time.

Mifid touches just about every part of the business, which is a real pain

A senior executive at a large international asset manager, who requested anonymity, says: “What is worrying is the sheer weight of change [required]. Mifid touches just about every part of the business, which is a real pain.

“When faced with managing this amount of mandatory change, there is always the worry at the back of your mind that, however good your planning and execution is, you will miss something.”

One of the most high-profile aspects of Mifid II involves big changes to how asset managers pay for the research they use to make investment decisions.

For decades, asset managers have lumped together trading and research costs into a single fee, often receiving research from an investment bank or broker in exchange for using them to carry out trades.

Fund houses are now grappling with the big question of who will pay for this research.

Asset management companies have two options: to absorb the cost of paying for external research themselves, or to pass the cost on to their investors through higher fees.

Despite a looming deadline, a poll of 220 asset management executives across Europe carried out last autumn found that more than half still did not know how they will pay for research when the rules come into force.

More than a fifth of fund managers planned to charge investors an extra fee to cover research costs, according to the survey by RSRCHXchange, an online marketplace for institutional research. Just under a fifth planned to follow the lead of Neil Woodford, the British fund manager, who last year said his company would cover the cost of research.

One executive at a boutique asset manager fears Mifid II could drive up the cost of research. “Smaller investment managers may be disadvantaged, given the relative impact any increased expense would have on us,” he says.

The end of commission payments

In 2013, the UK financial regulator went further than its European counterparts when it banned the practice of asset managers paying commissions to financial advisers in return for product recommendations.

Now the EU is following the UK’s lead. Under Mifid II, commission payments — sometimes referred to as kickbacks or rebates — to independent financial advisers will be banned.

Passive fund providers, which traditionally do not pay rebates, hope the directive will enable them to win more business.

Larry Fink, chief executive of BlackRock, which owns iShares, the world’s largest provider of passive funds, said of Mifid II last year: “We are likely to see a historic shift on how assets are being managed and invested, as our distribution partners are changing both their product preferences and their use of technology to adapt to these rule changes.”

Philip Warland, senior public policy adviser at Fidelity International, the Bermuda-based fund house with $226bn in assets, says one of the biggest issues when it comes to Mifid II is the directive’s unintended impact on fixed income markets.

Currently an asset manager looking to buy or sell a bond will approach several investment banks or brokers for price quotes. This means that two fund managers buying the same bond at the same time could end up paying different prices, depending on the quotes they receive.

But under rules aimed at creating greater liquidity in bond markets, fund houses, investment banks and brokers will have to disclose more information about bond trading prices in advance.

Fund managers fear this could encourage investment banks to retreat from the bond trading market if the increased disclosure requirements mean they generate less money.

The idea is if you have more transparency, that could drive down prices. That could happen, but that might be at the expense of [having] fewer players in the market. So pricing might not get worse, but liquidity could be the problem

Michael McKee, a partner at DLA Piper, the law firm, says: “The idea is if you have more transparency, that could drive down prices. That could happen, but that might be at the expense of [having] fewer players in the market. So pricing might not get worse, but liquidity could be the problem.”

Fund houses also face additional rules aimed at ensuring that when they trade, they are getting the best possible execution for their investors. This means they must consider issues such as price, speed, costs and likelihood of settlement.

Andrew Glessing, head of compliance at Alpha, the investment consultancy, says: “What the regulator does not want to see is that [companies] buy a host of bonds from the first broker they went to when they could have gotten it cheaper elsewhere.”

Europe’s largest asset managers are expected to spend an average of €10.3m each to make sure they comply with Mifid II — and additional reporting requirements are expected to account for a large chunk of that.

Under the new rules, fund houses will have to report information about certain trades immediately, including price and volume.

Mr Glessing says preparing for this part of Mifid II is proving “tricky” for asset managers.

This is because whether asset managers have to report trade information will be dependent on the regulatory status of the party on the other side of the trade.

Investment companies will also be required to provide so-called transaction reporting within a day of placing a trade. Fund managers will have to provide 65 different pieces of data, up from 23, including the name of the trader involved.

“This is probably the biggest operational challenge for asset managers,” says Sean Tuffy, head of regulatory intelligence at Brown Brothers Harriman, the US bank. “Complying with transaction reporting requirements will require significant investment.”

Transparency reporting will be the biggest expense for asset management companies that are preparing for Mifid II, but this will shift to investor protection when the regulation comes into force, according to Anna Griem, an analyst at Opimas.

Mifid II introduces several measures aimed at protecting investors, including rules requiring asset managers to outline the target market each fund is aimed at. The goal is to ensure investors are sold appropriate products.

Mr Tuffy says: “Beyond defining the target market, asset managers are also required to perform ongoing surveillance to ensure the fund is being sold to the correct investors and that the product continues to match the risk profile and investment needs of investors.”

The fund industry has dubbed these changes “know your distributor” because the rules will require a much deeper level of engagement between asset managers and wealth managers, financial advisers and banks.

Asset managers will also have to carry out stress tests on some funds to understand how they will react in some market conditions.

“[Mifid II’s investor protection measures] will have an impact on the way asset managers run their businesses day to day,” says Ms Griem.

What next for the industry?

Tony Kirby, executive director in the Mifid team at EY, the consultancy, estimates that about a quarter of fund houses are scrambling to be ready for the directive, while about a fifth are well prepared.

The bigger fund houses are in the best position as they tend to have large regulatory teams. But smaller houses are finding it tough to get ready for the January 2018 deadline, not least because of the cost and complexity of the rules.

For the smaller companies the next 11 months will be crunch time, says Mr Tuffy. “There is still a lot of work to do by the industry to be ready to go live in January 2018. 2017 is when the rubber meets the road and asset managers will have to stay focused to ensure they get everything done in time.”

Get alerts on Investment research when a new story is published 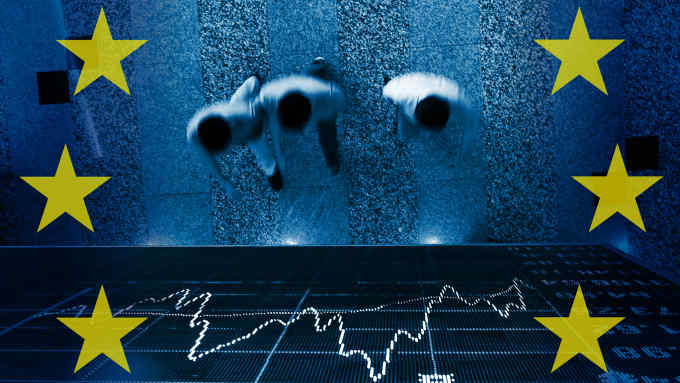