Retirement advisers say it is never too early to start saving, but life tends to get in the way. “The minute you have a paying job, it’s a good idea to start thinking about retirement,” says Gerri Walsh, senior vice-president for investor education at the Financial Industry Regulatory Authority.

“One of the best ways to invest is a company-sponsored retirement plan like a 401(k). That’s a great way for younger people to get started.”

Contributions into these schemes are not taxed but when an individual eventually takes money out of the 401(k) account, these withdrawals become liable for tax.

For many in the US, however, the prospect of a well-funded retirement is bleak. More than one in five American adults have less than $5,000 saved for retirement and 15 per cent have no retirement savings at all, according to a study by financial services company Northwestern Mutual.

Perhaps even more troubling is the survey’s finding that nearly a third of American adults are within three pay cheques of needing to either borrow money or skip paying one or more bills, and 15 per cent of adults expect to be in debt for the rest of their lives.

The lack of financial security of a significant proportion of Americans does not surprise Ms Walsh.

“People have financial challenges that often keep them from participating in saving or investing for their future,” she says.

The challenges vary depending on the age group, according to advisers.

Some millennials — in the 23 to 38 age group — may not have enough income, planning skills or motivation to save, while still struggling with student loan payments.

FT 401 adviser Teri O’Connor, founder and senior corporate retirement adviser at Altus Consulting Group, says she tries to be creative when encouraging millennials to save. She uses a face-ageing app, for example, to show millennials how they may look when they turn 70. The visual helps because millennials have a hard time imagining getting to retirement age, Ms O’Connor says. “I tell them: ‘You’re not saving for you today; you’re saving for that person in the picture’.”

Many people in generation X — now aged 39 to 54 — are not saving or investing as much as they should.

The Northwestern Mutual survey shows American adults have an average of $29,800 personal debt, excluding mortgages. Gen-Xers owe more than that — an average of $36,000.

Ms Walsh calls Gen-Xers the “sandwich” generation. “Many of them have ageing parents with health issues that require their time, attention and money, but they also have children who are likely to be still financially dependent,” Ms Walsh says.

“They’re straddling that generational bridge while trying to make ends meet themselves.”

Many Gen-Xers refuse to put themselves first, especially when it is a choice between their financial security and their children’s wellbeing, Ms O’Connor says.

“But they’re still sacrificing their retirement for their kids. It’s hard to convince them otherwise.”

Your kids can borrow money . . . but you can’t borrow for retirement

Ms O’Connor uses the analogy of an aviation emergency to make her point. “When the oxygen masks drop, you’ve got to put it on yourself first and then your child. You’re no good to anybody if you die.”

Not surprisingly, it is the baby boomers — those aged 55 to 72 who are either retired or near retirement — that are most concerned about health problems and healthcare costs, says FT 401 adviser Barbara Delaney, principal at Stone Street Renaissance.

“For many boomers, healthcare concerns are driving the decision to delay retirement,” she says.

The hope is for more people to start planning for retirement as soon as possible and have the discipline to save and invest, she says.

“Setting aside money for your retirement just needs to be part of your everyday life, your overall budgeting and cash flow management,” according to Ms Delaney.

“You can’t spend more than you make, don’t get yourself in a hole by taking on extra credit cards, try to consolidate the debt that you have or pay off your higher-interest debt.”

For individuals who have managed to set aside a sizeable amount in their 401(k), the advisers have the same advice — keep the money where it is.

“Don’t get tempted by this money,” Ms O’Connor says. “Don’t borrow against it or cash it out, especially if you’re just planning to spend it on something silly that will be of no use to you when you retire.” 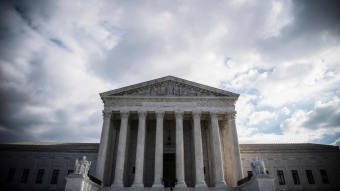