Why Cuba’s artists are protesting

As Cuban art goes on show in Miami, artists back home are being jailed after protesting a draconian new law

Perched on cliffs and shorelines, hollowed by fissures, their structures so otherworldly they could inhabit a city by Giorgio de Chirico, Alejandro Campins’ paintings of abandoned bunkers warrant their solo exhibition at the Centro de Arte Contemporáneo Wifredo Lam in Havana. To find the bunkers, the Cuban artist travelled through his native country, the US and Europe, including Albania. Brushing oil on to canvas in scumbled layers through which previous hues emerge like snippets of memory, Campins marks himself as an artist who spends as much time in his studio as travelling through the landscapes that give him inspiration.

Campins’ work is on show this week at Art Basel Miami Beach at Galleria Continua, along with other Cuban practitioners, including José Mesías. A thoughtful installation artist, Mesías was so inspired by a cavity excavated by Anish Kapoor in the floor of Galleria Continua’s Havana space that he asked to have it reopened, then filled it with water and catfish.

The Italian dealership, founded in 1990 by a Tuscan trio — Mario Cristiani, Lorenzo Fiaschi and Maurizio Rigillo — has its home base in San Gimignano, and spaces in Beijing and Les Moulins in France. They opened their first gallery in Havana in 2015, in a former cinema in Chinatown where they show practitioners from Cuba and abroad.

In this communist country, the gallery must officially remain non-profit, although artists are allowed to sell to clients, including foreign collectors, from their own studios. As a result they can trade at prices unthinkable if their clients were local. (This is a country where doctors earn $50 a month.) The gallery’s programme of events, performances and exhibitions — sometimes in state-run spaces such as the Wifredo Lam — attracts visitors and brings foreign inspiration to the native scene, and the commercial benefit of nurturing little-known Cuban artists, and taking them to the nearby Miami fair, is evident.

In May 2019, to coincide with the next Havana Biennial, Continua plans to open another space — a stunning, four-storey, Art Deco edifice known as El País, as it was the former offices of the Spanish newspaper, long one of the city’s derelict landmarks. However, at my visit with gallery co-founder Fiaschi, it transpires a government official has snapped a padlock on the door. “We need to find out who has the key,” he says, utterly chilled over lunch near his Chinatown gallery. But I have to content myself with peering through the gap in the doors.

The project is a collaboration between Continua, the Cuban government, an anonymous private collector and the foundation established by Italian artist Michelangelo Pistoletto, who has deep roots in Cuba’s art scene. In an ambitious 30-page project document, “El País del Arte” is announced as “a multi-disciplinary space dedicated to the development of art and society” where events, exhibitions, meetings, theatre, performance and gastronomy will all find a home. There are also plans for an artists’ residency programme, bookshop and library.

Can Continua pull it off? Perhaps. Two weeks later, when we catch up via phone in Miami, Fiaschi does at least have access to the building again. “We’re in dialogue with the Ministry of Culture,” he tells me. They don’t have a contract to start work yet but they are “on a good path”.

The odd padlock might be the price Fiaschi has to pay for working with a regime that is still renowned for its severity. A recent Cuba report by Human Rights Watch recounts a litany of arrests, beatings, public shaming, travel restrictions and job dismissals. Although Fiaschi operates with considerable freedom, for local artists and curators the picture has never looked bleaker.

On December 7, Decreto 349 is scheduled to come into effect. A catch-all web of legislation — described by Amnesty International as a “dystopian prospect for Cuba’s artists” — it demands that all artists acquire permission from the Ministry of Culture before showing work in public. It bans art that, among other themes, could be considered pornographic, violent, detrimental to young people and — most sinister in its vagueness — “anything that violates . . . the normal development of our society in cultural matters”.

Cuba’s artists are appalled. “It legalises censorship,” says Tania Bruguera when I meet her in Tate’s Turbine Hall, where she has created the current Hyundai Commission. Bruguera knows how ruthless her government can be. In 2014 and 2015 she was detained numerous times, and her passport confiscated for nine months after her performance “Tatlin’s Whisper #6”, where she invited citizens to speak freely into a microphone on the Plaza de la Revolución.

The arts community is fighting back: signing petitions, writing letters, articles and manifestos, making sit-ins in front of the Ministry of Culture. On July 21, a quintet — Yanelys Nuñez Leyva, Luis Manuel Otero Alcántara, Amaury Pacheco, Iris Ruiz and Soandry del Rio — made a performance in front of the neoclassical Capitolio building.

When I visit Nuñez and Otero in their Old Havana apartment, they show me a video of the event. Otero is violently arrested by the police before the performance can begin. Then Nuñez arrives — covered from head to toe in liquid excrement. This statement of disgust at the decree is the core of the quintet’s intervention, which only Nuñez can enact as the others are all arrested.

Nuñez and Otero — who was beaten in custody — are fiercely brave. Nuñez has already been sacked from her job on a magazine after she instigated another project, the Museum of Dissent. Both she and Otero were among artists arrested in October after staging a protest against the new law.

“Everyone knows the system is shit,” spits Otero. “But [many artists] don’t talk about it because they make money. I can make a good living; I have an apartment in [the upmarket district of] Vedado.” He describes many artists as “corks who float” on the surface of Cuba’s troubled waters.

Although in recent decades Cuba has opened considerably to private enterprise, the loosening of economic restrictions does not reflect an ideological shift. Some accuse the government of using art as window-dressing to veil the reality of repression. This year even the state-run Havana Biennial, set up in 1984, was cancelled, to be resumed next year. The regime blamed damage from Hurricane Irma but many suspect more sinister motives.

“We are in a crisis because we have a change of government and they want control,” says independent curator Solveig Font, referring to new president Miguel Díaz-Canel, who took over from Raúl Castro in April 2018, ending six decades of rule by the Castro clan. “In the revolution, artists made a difference with their intellect and ideas,” she continues, referring to the contribution artists made to Fidel’s dream. “Now they want to defend their rights and duties.”

Illustrating this refusal to toe the party line, the Biennial’s cancellation provoked Nuñez and Otero to mount an alternative event, the #00Bienal, which saw 170 artists from Cuba and beyond exhibit work, often in private houses. The phenomenon of hosting shows in homes is well established in Havana because it offers autonomy from state control. By demanding ministerial approval, Decree 349 spells the end of such projects.

On my last afternoon, I visit Espacio Aglutinador, run for the past 26 years by Sandra Ceballos in an elegant Vedado villa. Here, Ceballos walks me around an invigorating show that roots emerging practitioners in Cuba’s rich history of expressive, chromatic painting. Nearby, at Avecez Art Space, the house-cum-gallery run by Font, artist Jorge Luis Marrero has sprayed the walls with water snaffled from cleaners’ buckets in other art spaces. The results possess a gestural delicacy that belies their insalubrious ingredients. Both such edgy projects would likely fall victim to the new law.

As we go to press, the news from Havana is that Bruguera, Nuñez, Otero and several other artists are all once more in jail and possibly on hunger strike after staging a protest against Decree 349 on December 3 in front of the Ministry of Culture. Their detention has sparked an international outcry, including a performance on their behalf by Bruguera’s supporters at her Tate Modern installation.

For Galleria Continua, news of this explicit repression could be embarrassing given that they must continue to work with the government. But Fiaschi — although he admits the decree is “a mistake” — is less than sympathetic towards the protests. “It isn’t necessary to make a manifestation like this,” he tells me. “In a country like Cuba, the artists need dialogue.”

In truth, opponents of 349 have been asking the government to engage with them on the issue for months. One can only hope the new president finally listens to their — far from revolutionary — requests.

December 7 update: Tania Bruguera, Yanelys Nuñez Leyva and Luis Manuel Otero Alcántara and their fellow artists have now been released from jail, Rachel Spence writes. Furthermore, it has been announced by the Ministry of Culture that Decree 349 will not go ahead as previously planned. In an interview with Associated Press, Cuba’s vice-minister of culture Fernando Rojas said that state inspectors will only close shows “in extreme cases, such as public obscenity, racist or sexist comment”.

Bruguera celebrated the change of policy. “It has been demonstrated that when artists are united, they cannot be defeated,” she wrote on Facebook. Nevertheless she and her fellow artists now want to see the entire law scrapped. “The fight continues,” she concluded. 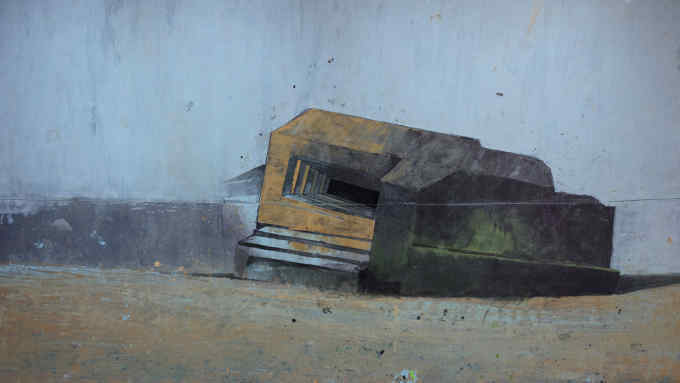