When FTSE 100 insurer Aviva set out a new strategy in 2017, group general counsel Kirsty Cooper was struck by its “digital first” ambition. The insurance and broader financial services sectors were undergoing a digital transformation.

“It made me think, how do we future-proof the legal function to make it relevant?” Ms Cooper says. She realised, to start, that the people on her team needed to have different kinds of skills. Those included being generally inquisitive, as well as understanding data, laws on privacy, coding and “anything to do with online and digital law”.

“As lawyers we are trained to take myriad problems and come up with a solution. And I want them to use that for the business, and for the business to see that lawyers can be called on for support in a broader way,” says Ms Cooper.

The question at the top of the agenda for many of the in-house legal teams featured in this year’s report is how to adapt or even reinvent themselves to support faster-moving and more digital businesses. The answer lies not in how they use technology, but how they develop new skills and mindsets.

Traditional legal career paths are linear, and lawyers progress through the ranks based on the number of years spent practising law. A large part of a lawyer’s value is tied up with the specialist expertise they have developed, making many reluctant to embrace change and learn something new.

The challenge means shaking up the traditional career model, as in other parts of the legal profession. “Most people come in-house and do a similar role for a long time. That becomes their skill set and what they are comfortable with,” says Lee Callaghan, Aviva’s general counsel for international markets.

Through its “Mission: Not Impossible” programme, legal staff work with others from different roles and offices on eight-week projects to develop new ideas for the business.

By getting involved in a “mission”, lawyers have a chance to apply legal skills to new areas such as exploring how driverless cars will be regulated, or developing digital services for customers.

Mr Callaghan says the programme is “making the team look at problems that seem unsolvable, and develop solutions that previously would have seemed too difficult and best left to the business”.

The Aviva legal team tops the in-house ranking for the first time (see table below).

ING Bank says its ambition is to become a technology company with a banking licence. It has invested in training and motivating its legal team to work in new ways, including a programme to engage lawyers around the globe in imagining the future lawyer and designing the legal department of 2025.

The legal team at Lloyds Bank set itself a three-year strategic plan, called Shaping Our Future. While it covers people, process, technology and third-party relationships, the focus for the first 18 months has been on people.

The bank’s legal team approached this by promoting the concept of “career bravery”. Sophie Schwass, head of legal operations at Lloyds, says this entails colleagues taking on areas they have not previously worked in — “where more of a jungle-gym approach to career progression is likely to serve us better than the traditional ladder”.

A wide-ranging programme helps Lloyds’ legal staff build the skills that will be needed as the business changes. This includes developing bravery as a skill in itself, as well as creativity, coalition building, imagination and experimenting with ways of working. In the first half of 2019, 23 people from the legal teams were seconded, moved or promoted into new roles for six months or longer, to stretch and develop their skills. More than 100 have been involved in initiatives outside traditional training, including a “secondment carousel”, where staff work in new teams for a period of time.

Opportunities to develop new skills will help businesses undergoing digital transformation, but crucially, they also help motivate the in-house legal team. With few senior roles in an in-house legal department, they are giving lawyers the chance to step sideways and explore different roles instead.

Caroline Brown, head of legal operations at Aviva, says “people now see that being a lawyer in five to 10 years’ time will be very different”. 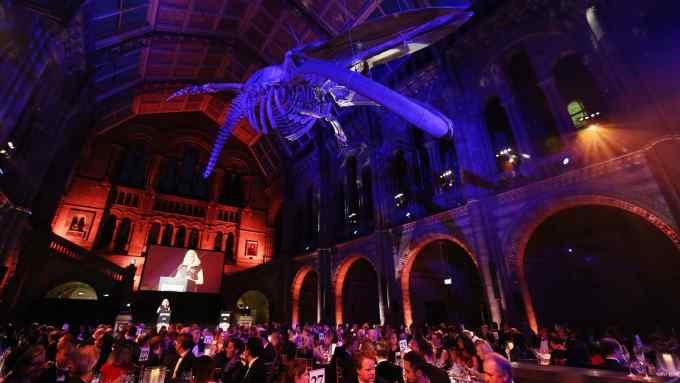