Entrepreneur Marcia Kilgore was strolling through Milan train station five years ago, carrying a backpack of free skincare and make-up samples after a visit to an Italian cosmetics manufacturer.

Walking into Sephora, the multinational chain of beauty stores, she noticed that the same beauty products as the samples in her bag were on sale for many times what it cost to make them.

“The system is broken when someone has to pay this much to get something decent and it’s 10 or 20 times production costs,” Ms Kilgore says. She is speaking at the London head office of Beauty Pie, her latest venture. Behind her, a large wall calendar outlines the cosmetics company’s new launches stretching ahead for the year.

At the time the Canadian-born serial entrepreneur had recently sold Soap and Glory, a line of affordable bath, body and cosmetic products, to Alliance Boots, the health and beauty retailer.

She was also becoming disillusioned at the outlook for retail. Smaller brands were finding it tougher to negotiate with their retail partners as the rise of Amazon and ecommerce stole away store footfall.

“You’ve got the monopolies, with these big beauty retailers like Sephora and Boots Walgreens,” says Ms Kilgore. “They own a lot of their own brands and those are the ones that they really push [because] it’s better margin for them.”

At the same time, US start-ups such as online clothing retailer Everlane and prescription glasses maker Warby Parker had shown how brands could use transparent pricing to cut out inter­mediaries and target the market directly. On top of that, consumers were becoming used to paying monthly membership fees to access anything from razors (Dollar Shave Club) to music (Spotify) and movies (Netflix).

I don’t know if I would be so successful selling things that I either don’t want, don’t understand or am not so interested in

In December 2016 Ms Kilgore launched Beauty Pie, a self-styled “fairy tale” club for beauty junkies in the UK. Members pay a monthly membership fee of between £10 and £50, which lets them buy — at cost price — make-up and a growing roster of products including skincare, haircare and candles.

By sourcing these directly from the manufacturers, cutting out the intermediaries and avoiding expensive real estate and advertising costs, the business showed consumers the true cost of cosmetics and turned the industry’s traditional model on its head.

Ms Kilgore says: “Some people would care that the industry would be very upset with them, but I have always been a bit of an outsider and did my own thing.”

Warm in manner, and with glowing skin, Ms Kilgore bursts with ideas. Beauty Pie is her fifth start-up in less than three decades and follows Bliss Spa, Soap and Glory, FitFlop footwear and Soaper Duper, which makes naturally-derived bath and body products.

She grew up in Saskatchewan in western Canada. Her father died when she was 11 and she graduated second in her class in high school while holding down three part-time jobs.

Aged 17, she arrived in New York with $300 in her pocket. Missing a student loan application deadline led to working as a personal trainer and taking part-time economics classes.

The idea for Bliss Spa, her first entrepreneurial venture, came after a bad facial treatment experience.

“It was supposed to be a treat,” she says. “But I was totally skin shamed and talked into buying a lot of products. I left thinking that if I had a place like that I would never make people feel so bad.”

She took a crash course in skincare and opened Bliss Spa in 1993. The business grew rapidly through word of mouth and soon gathered a roster of celebrity clients, including Oprah Winfrey, Madonna and Uma Thurman.

Ms Kilgore was credited with revolutionising the urban day spa industry and at the age of 29 she appeared on the cover of Canadian Time magazine as an emblem of a new generation of gutsy entrepreneurs. In 1999, she sold a majority stake in Bliss Spa to luxury group LVMH.

She recalls the surreal feeling of returning to New York by Concorde after LVMH had flown her to Paris. Taking the subway home, she “looked around and wondered if anyone else had come on the Concorde that day”.

In her own words

On making mistakes: ‘The worse it is, the faster you learn’

On mentors: ‘I try to have everyone as a mentor. You learn from how people deal with others, and you learn from all your interactions’

On networking: ‘Show up. Just go. The more people you know, the more information you have read . . . the faster your opportunities open up’

The common thread that unites all Ms Kilgore’s start-ups is creating an experience or the product that she would want herself. “I just always make stuff that I want to buy,” she says. “That’s the easiest way. I don’t know if I would be so successful selling things that I either don’t want, don’t understand or am not so interested in.”

Beauty Pie has grown to tens of thousands of members and on March 12 it will launch a pop-up at Harvey Nichols in London. Now based in Switzerland, Ms Kilgore declines to reveal revenues, saying: “If you compared it to a retail business, it would be about £150m, but because we don’t charge a mark-up, we’re about a 10th of that.”

Until now, Ms Kilgore has not taken any external funding for any of her ventures — because “I didn’t have to” — but this time she is exploring teaming up with an investor. This would help address the difficulties she has encountered in hiring people with enough experience working for “direct-to-consumer” brands.

“It seems that if you don’t have a venture partner you don’t tap into this pool of really great talent,” she says.

Beauty Pie now employs more than 50 people in London and plans to expand in the US.

“I’ve always been about trying to give women more confidence. You shouldn’t have to spend a lot or be rich to take care of your skin and treat yourself to beauty products.”

Explore the Special Report
READ MORE
Why I might tell you what I earn . . . but not here 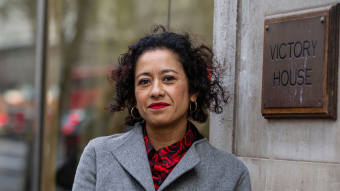