Britain’s car industry has warned that 10,000 motor manufacturing job losses last year were the tip of an “iceberg” facing the sector, after UK plants suffered their worst year since 1984.

Output from car plants fell by 29 per cent to 920,928, the first time the industry has dropped below the 1m mark since 2009, figures from the Society of Motor Manufacturers and Traders show.

Some 10,000 job losses were announced during 2020 by carmakers and their suppliers, the trade body calculated. Manufacturers including McLaren, Bentley and Aston Martin, as well as several component makers, all announced significant reductions.

But Mike Hawes, SMMT chief executive, warned that many more were expected once the furlough scheme ends.

“We think declared job losses in manufacturing including the supply chain over the year was about 10,000, but it will be something of an iceberg,” he said.

“Most companies that I’ve been speaking to in the manufacturing sector have been using furlough, or have been making job cuts unfortunately as well. We don’t know how long this is going to last but obviously we’re back into lockdown.”

The UK’s car industry has been stung by the pandemic, with factories and showrooms forced to close for months on end across Europe because of the virus.

Although plants reopened over the summer or the autumn, dealerships in the UK are still closed in the latest lockdown, with some retailers rolling out a “click and collect” model to try and sustain trading.

Four out of five models made in the UK are exported, with the majority still going to the EU.

The industry has welcomed the trading deal that allows UK cars to be sold into the EU without tariffs.

Last year also saw a sharp rise in new project investment, which had fallen sharply in the years following the Brexit vote in 2016.

Some £3.23bn of new investment was announced last year, although the largest part was an ambitious gigafactory plan from the start-up group Britishvolt. 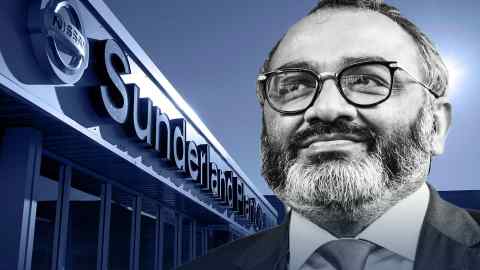 Building gigafactories in the UK is vital to the industry’s future, Mr Hawes said.

Manufacturing of electric and hybrid vehicles reached a record high last year, accounting for almost one in five cars made in UK plants. About 4.5 per cent of cars were pure electric, while 14.3 per cent were hybrids, the SMMT said.

While the UK output fell below 1m cars produced last year, the trade body expects manufacturing to reach into seven digits this year, if demand continues to grow.

New models expected this year, such as the new Nissan Qashqai made in Sunderland, are likely to help offset the permanent closure of Honda’s facility in Swindon over the summer, Mr Hawes said.

But the country is unlikely to reach 2016’s record of producing 1.7m vehicles in a year for the foreseeable future, he admitted.

“Over the next few years, we need to make sure that we retain what we currently have.”