When President Joe Biden convened a virtual meeting of world leaders in April to discuss measures to fight climate change and re-establish American leadership on the global stage, his main message was one of dramatic urgency.

“We have to move, we have to move quickly to meet these challenges,” Biden said. “The steps our countries take between now and Glasgow will set the world up for success to protect livelihoods around the world — and keep global warming at a maximum of 1.5 degrees Celsius. We must get on the path now, in order to do that.”

But, six months later, and as COP26 begins, key components of Biden’s climate agenda are in danger of being slashed or watered down by Congress. And that could seriously undermine any pledges made by the US at the summit in Scotland.

“The thing that he has committed to [a 50 per cent reduction in greenhouse gas emissions by 2030], that’s not possible without legislation,” says Rhiana Gunn-Wright, director of climate policy at the Roosevelt Institute, a think-tank. “That’s where you’re really seeing the difficulties,” she says.

The big obstacles in the House are coming from Democrats representing oil-producing states such as Texas, and in the Senate from Joe Manchin

The struggle is not for lack of trying on the part of the White House. Although Biden never embraced the full “Green New Deal” plans proposed by leftwing Democrats in the years leading up to the 2020 election, the US president nevertheless inserted aggressive climate measures into the core of his economic agenda. Both a $1.2tn bipartisan infrastructure investment plan, and a broader $3.5tn social safety net plan backed by the White House, contain billions of dollars of funds to decarbonise the American economy.

However, to Biden’s frustration, the measures have struggled to be approved on Capitol Hill, due to fierce resistance from congressional Republicans, infighting among Democrats, and a fierce lobbying campaign from fossil fuel companies and their allies in the US capital. The big obstacles in the House are coming from Democrats representing oil-producing states such as Texas, and in the Senate from Joe Manchin, the West Virginia Democratic senator.

“I think you’re seeing a lot of those commitments start to fall short, and you’ve also just seen some outright repudiation,” says Gunn-Wright.

On a visit to Washington in September, Frans Timmermans, vice-president of the European Commission, remained optimistic that the US would follow through with its pledges. “To be fair to the US, they’ve come to the party only recently, after the election. We’ve had more time to work all of this out,” Timmermans said. “My impression is that American society, by and large, is moving into this direction, and that gives me hope,” he added.

But, since then, the push for key climate provisions in Congress has become even more of an uphill battle. 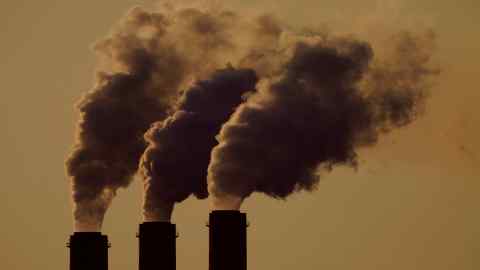 One of Biden’s flagship proposals is a $150bn scheme to incentivise power companies to move to clean energy sources while punishing those that do not. It is known as the Clean Electricity Performance Program. However, it was set to be dramatically watered down after opposition from Manchin and other moderate Democrats.

Manchin has specifically pushed for natural gas and coal producers to qualify for the benefit if they make use of carbon capture technology. But many environmental groups believe this would undermine the scheme, which is essential for meeting Biden’s goal of reaching 80 per cent clean electricity on the US grid by 2030.

We cannot compromise on science. There isn’t a middle ground between a liveable and unliveable world

Highlighting the frustration of many leftwing Democrats, Bernie Sanders, the Vermont senator, wrote on Twitter: “How can anyone say they are ‘patriotic’ and ‘love their country’ when they refuse to act against the drought, flooding, forest fires and extreme weather disturbances which cause our nation so much destruction? Climate change is real. The US must lead the way in combating it”.

As he waits for movement on Capitol Hill, Biden has been trying to advance his agenda to tackle climate change by executive order. In August, the US president set a goal of making 50 per cent of all new passenger cars and light trucks sold in 2030 zero-emission vehicles. Internationally, Washington has also teamed up with the EU to rally a string of countries towards a big pledge to slash methane emissions. Then, last month, the White House published a lengthy report establishing that climate change posed a “systemic” risk to the financial system and the economy. 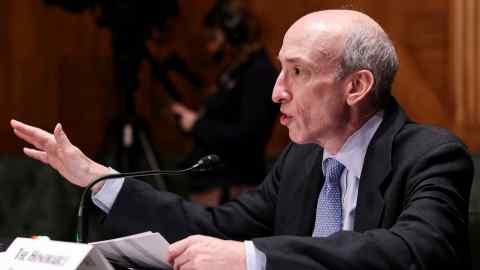 Despite these moves, many Democratic lawmakers worry that their dreams of sweeping action against the climate crisis could be in jeopardy, politically. But they are still urging the White House, and their colleagues on Capitol Hill, not to compromise too much.

“It is possible to find middle ground in many areas of politics; I know, because I have done it,” says Ed Markey, the Massachusetts senator.

“But we cannot compromise on science. There isn’t a middle ground between a liveable and unliveable world.” 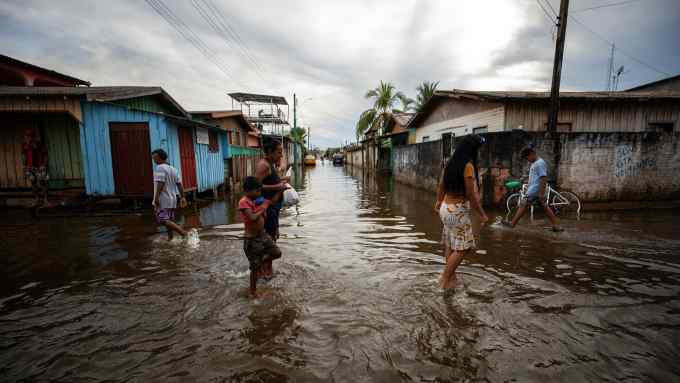