HMRC reports itself to watchdog over tax suicides

The UK government has revealed that its tax authority has reported itself to the police watchdog four times over the suicides of individuals facing the loan charge — the contentious policy which has left many people facing crippling tax bills.

The loan charge, which was introduced by HM Revenue & Customs in April, requires people who used loan-based avoidance schemes to pay tax on up to 20 years of income in a single financial year.

It has drawn criticism from MPs, peers, lawyers, professional bodies and those affected, many of whom say they face bankruptcy.

Speaking in the House of Commons on Tuesday morning, Jesse Norman, the financial secretary to the Treasury, said HMRC had reported itself to the Independent Office for Police Conduct three times over the suicides of individuals facing the tax. Only one such referral had previously been made public, in March.

The IOPC investigates serious complaints involving HMRC, in addition to the police.

Two of the referrals had not required any further action he added. But the IOPC had told HMRC to look further into one referral.

However, later on Tuesday HMRC said it had sent a fourth referral to the IOPC.

These people were in many cases paying very little or zero in tax. There are a large number who knew or should have known they were avoiding tax

An HMRC spokesperson told the Financial Times: “HMRC is aware that four customers, who we have been told used disguised remuneration schemes, have very sadly, taken their own lives. We have referred these cases to the IOPC. A fourth referral was made to the IOPC this afternoon.”

The admissions came as Mr Norman faced sharp criticism from MPs from both Conservative and opposition benches about the loan charge.

So-called “disguised remuneration schemes” were used by tens of thousands of contractors from the late 1990s including locum doctors, IT contractors, oil and gas workers, and social workers, often on the advice of accountants and recruitment agencies.

Instead of being paid a salary that would be subject to income tax and national insurance, workers in these schemes were loaned money — typically via an offshore trust — on terms that meant the debt was unlikely to be repaid.

Affected individuals say the huge tax bills they now face, often of hundreds of thousands of pounds, will lead to mass bankruptcies and family breakdowns.

Peter Bone, the Conservative MP for Wellingborough, referenced claims made by the Loan Charge All-party Parliamentary Group that there had been seven reported suicides linked to the policy, with the latest over the weekend.

“How many more people are going to take their lives before you scrap the loan charge?” he asked Mr Norman.

David Davis, the former Brexit secretary, added: “This distress has been caused by the incompetence, historically, of the HMRC and then by the willingness of ministers subsequently to use retrospective action in taxation.”

Several MPs, including former Conservative cabinet minister Justine Greening, called for a suspension of HMRC settlement and enforcement activity during the continuing independent review into the policy headed by Amyas Morse.

Former Conservative attorney-general Dominic Grieve said he was worried HMRC was “behaving in a fashion which is frankly new and in many cases tax advisers say, unprecedented”.

News in-depthTax
‘Living in the shadow of a tax scandal’ 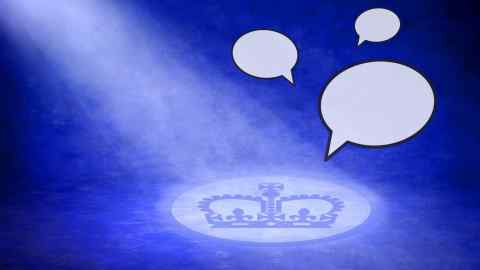 Carol Monaghan, SNP MP for Glasgow North West, said the families of the suicide victims were being left to deal with the consequences of the government’s policy while the companies who designed the schemes were getting away “scot-free”.

Mr Norman told MPs: “Any injury to individuals from acts of government or agencies is something to be deeply regretted.”

However, he rejected the argument the policy was retrospective and rebutted claims that HMRC had not done enough historically to enforce loan schemes.

“HMRC has taken quite vigorous action over the years in different forms to let people know,” he said. “These people were in many cases paying very little or zero in tax. Of course, circumstances can differ. But there are a large number of people who knew or should have known they were avoiding tax.”

He also said it would be wrong for the government to change the policy before the independent review, which is due to report by mid-November, had concluded.

The review will consider whether the loan charge is an “appropriate way” of dealing with individuals who used the schemes. It will also look into the impact the policy is having on individuals, on “wider taxpayer fairness” and HMRC’s “ability to tackle tax avoidance effectively in the future”.