The ‘cliff-edge’ scenario will damage an important trading relationship

Most German companies are still trying to figure out what Brexit means for them, but one effect is already making itself felt: those engaged in everything from energy and telecoms to automobiles and aerospace are finding it harder to send staff on assignment to the UK.

“Germans used to see it as a very attractive place to work, a very liveable place,” says Ulrich Ackermann, head of foreign trade at the VDMA, the German machinery association, one of the country’s most influential trade bodies. That view has now changed. “No one wants to be a persona non grata,” he says.

Employees are asking corporate headquarters whether they will continue to have the rights they currently enjoy as EU citizens in Britain beyond the Brexit deadline of March 29 2019 — but their bosses do not know the answer. “It’s unclear at this stage whether there’ll be any ‘grandfathering’, so that people being sent now would enjoy the same legal conditions that exist under the status quo,” says Klaus Günter Deutsch, Brexit expert at the BDI, the largest German business lobby.

Britain is Germany’s fifth-biggest trading partner, with bilateral trade amounting to €122bn last year. Two thousand German companies have subsidiaries or branches in the UK, employing 370,000 people and accounting for €110bn of direct investment, according to the BDI. Most of the goods they produce are destined for Europe, so the prospect of Britain leaving the EU single market and customs union has triggered real alarm. On the day after the Brexit vote in June 2016, the 30 groups listed on Germany’s DAX index lost €65bn in market value, according to the Handelsblatt newspaper.

Yet the problem goes deeper even than that. German products made in the UK are sold around the world, not just in the EU; after Brexit, Britain might no longer be party to all the free-trade agreements the EU currently enjoys with other countries. That means goods made in Britain by German firms might face customs duties and other barriers not just in Europe but in the rest of the world too. “So these companies are worrying about the whole global trade picture,” not just the potential loss of access to the single market, says Mr Deutsch. 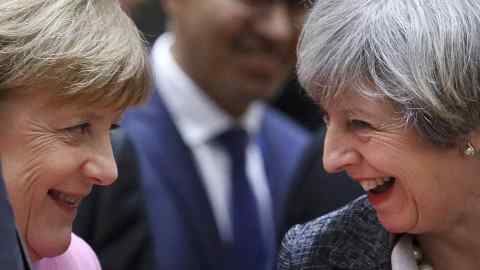 The uncertainty this arouses is already affecting investment decisions. Take BMW, which makes Minis in Oxford, engines at Hams Hall in North Warwickshire and Rolls-Royces in Goodwood. It was reported in February that the German automaker was considering making an electric version of its Mini on the continent rather than in the UK — a potentially big blow to Britain’s plans to become a world leader in battery development.

Following the twists and turns of UK policy on Brexit has not increased the confidence of foreign businessmen. Before the election, German companies were alarmed by Prime Minister Theresa May’s repeated assertion that “no deal would be better than a bad deal”, and her insistence that Britain should be prepared to walk away from the negotiating table — a scenario that raised fears of a “disorderly Brexit”.

But since the election debacle, when Mrs May lost her Commons majority, there are hopes of a change in policy. With moderates like Philip Hammond, the chancellor of the exchequer, now in the ascendancy, a soft Brexit seems to be an option. One scenario would involve Britain joining the European Free Trade Association, which grants members like Norway near-total integration into the single market via the European Economic Area.

All bets, says Mr Ackermann, are now off. “Two weeks ago, it was definitely going to be a hard Brexit, but since the elections, it’s a lot less clear what will happen,” he says.

Yet still there is a nagging fear of a “cliff edge” scenario, where a deal between the UK and EU is not reached before the two-year negotiating deadline expires in March 2019. “If there’s no deal, the entire supply chain will be disrupted overnight,” says Matthias Wissmann, head of German car lobby the VDA. “There will have to be customs controls in Dover and Calais, checking what goes back and forth — and that would be a huge bureaucratic problem.”

In an attempt to plan for the potential disruption, the big German companies, as well as industry groups such as the BDI and VDA, have all set up Brexit task forces that are busy modelling the potential fallout from the British departure from the EU and preparing contingency plans.

They are working through a crowded agenda. Some are looking at the impact customs duties will have on imports to and exports from the UK. Some are pondering whether customer data can be transferred between the UK and EU27 post-Brexit without violating EU data protection rules — a particularly big concern in privacy-obsessed Germany.

Others still are focused on financial services, a particular worry for the carmakers: they need to securitise the loans they provide to customers to buy new cars, such as the “personal contract plans”, a form of leasing that has proved popular in recent years. Any loss of passporting rights for banks in London will put a question mark over that business. 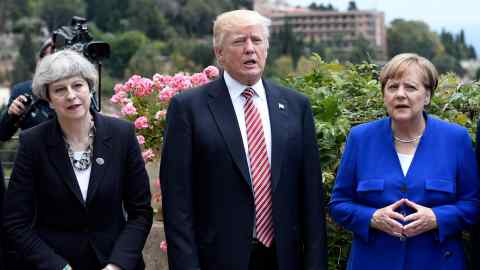 For German companies, the ideal outcome is that Britain and the EU have a temporary agreement that would minimise disruption until an overarching free-trade deal can be thrashed out between the two sides. The idea is that such a transitional arrangement would be as close to the current set-up as possible. “That would be the simplest solution,” says Mr Wissmann. “It would give both sides two to three years’ more time to deal with the larger problems.”

But Brussels has made clear that Britain would have to maintain freedom of movement and accept the jurisdiction of the European Court of Justice during any transitional period after March 2019. And Mrs May could find such concessions impossible to sell at home.

Normally reticent, the Germans are increasingly speaking out as the threat to cross-border supply chains grows. In March, the German machine toolmakers’ association, the VDMA, urged Brexit negotiators to avoid the talks ending in collapse, with its managing director, Thilo Brodtmann, warning it could lead to “significant upheavals in bilateral trade”.

Meanwhile, Mr Deutsch says companies are bracing themselves for the worst-case scenario — a hard Brexit and an ensuing breakdown in supply chains and potential production outages. “If by Christmas 2018 at the latest the sides haven’t managed to agree all the main points that we definitely need — the practical framework conditions necessary to ensure the movement of goods and services — then production will be disrupted.” 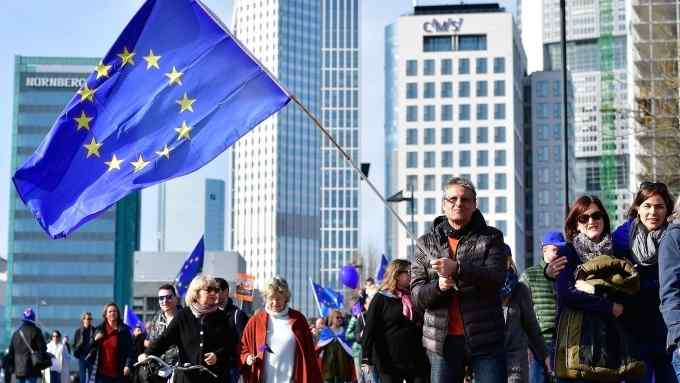