Bettina Korek, executive director of Frieze Los Angeles, is on a mission to democratise the art market. “One of my favourite things about this city is that it is flat and friendly,” she says, speaking to me via Skype. “We have to extend that to the fair by thinking from the perspective of people who are not familiar with the commercial scene.”

It would be a tall order for anyone, particularly someone who hasn’t run a major-league art fair before, but Korek is well placed to try.

Raised in LA, she cut her teeth in the art world working in the prints and drawings department at the Los Angeles County Museum of Art (LACMA) between 2003 and 2005. She says that working under Kevin Salatino, now at the Art Institute of Chicago, taught her how to share a love of the creative arts with people who were new to the scene. “I’ve been lucky to have relationships with people who defy the idea of the art world as a closed-off place.”

It’s a spirit she’s put into her business, ForYourArt, founded in 2006, which now helps get artists’ projects off the ground, as well as providing information on the art scene in town. “Translating it all to a broader audience is part of what we’re doing,” she says.

Ahead of her fair’s first outing, which will take place at Paramount Pictures Studios, it certainly seems a different beast to others on the circuit, including those under the Frieze brand elsewhere in the world. For a start, it is very small, with only 70 exhibitors in the main commercial tent; Korek describes it as a “manageable size”. (Frieze’s London fair comprised more than 160 exhibitors in its contemporary tent alone in October — plus 130 in Frieze Masters — while its New York edition in May numbered nearly 200.)

Within the LA tent, all won’t be perfectly democratic, of course — the bigger hitters can afford the biggest booths, and the nature of an invitational fair (for which galleries don’t apply but are selected via a committee that includes other gallerists) begs questions, since the selection criteria are unknown.

But 10 of LA’s younger, grassroots galleries will have a presence at the front of the tent in subsidised spaces that have been placed to share footfall with larger galleries such as Gagosian and Lisson.

Plus, there is plenty of art on view outside the tent. Visitors could quite easily stick to the bars and restaurants in the fair’s “backlot” area at Paramount, surrounded by specially commissioned projects, creative-minded outlets and other non-profit community groups, including the Women’s Center for Creative Work network. Visitors can buy separate tickets that exclude the gallery part of the fair altogether.

Korek acknowledges that the point, for galleries, is still to make sales. To this end, she is also attempting to break down some of the art market’s more off-putting barriers: there will be an unofficial guide to fair-going that will include price ranges of the works on view, for instance. Having myself spent many years trying to prise prices out of reluctant gallerists at fairs, I suggest this could be an uphill struggle. She seems surprised. “Everyone has been receptive to sharing information,” she says. I push my point. “It’s just another layer of information,” she adds, untroubled.

In fact when we speak, just ahead of the fair, she seems comfortably laid-back throughout. The only difficulty she will admit is that working on London time, since Frieze is headquartered there, “takes some adjustment!”

Korek may be wide-eyed and positive, but she is certainly not naive. The city’s big gallerists are full of praise. The dealer David Kordansky, who is on the fair’s selection committee, describes her as “magical, engaged, brilliant”.

She is also very plugged in to the art world, and has helped pull together an impressive “host committee” of supporters for the fair’s launch, something she describes as her first priority. These include LA heavyweights — LACMA director Michael Govan, and the private museum owners Eli and Edythe Broad and Maurice Marciano — as well as international collectors and high-profile cultural figures. Some Hollywood glamour comes from the actress Salma Hayek Pinault, married to the son of Christie’s owner François Pinault, and the actor and art collector Tobey Maguire. Tennis player Serena Williams — reportedly a client of Frieze’s majority owner, the sports, fashion and entertainment agent Endeavor — is also on board.

For a small fair, it seems too big to fail. But others have failed in the elusive City of Angels. A planned edition of the Paris fair Fiac in Los Angeles never got off the ground, and the Paris Photo Los Angeles fair, also owned by Reed Exhibitions, closed after three editions at the same site in Paramount Pictures Studios that will house Frieze LA. The Art Platform Los Angeles and Paramount Ranch fairs have also been and gone.

Korek is, of course, optimistic that the right ingredients are now in place. “We are a city full of creative people, and Frieze is the best gateway,” she says. The Paramount backdrop boosts her confidence. “Remember, it’s a fantasy factory, where people come to make the impossible possible.”

Explore the series
READ MORE
Collector Jarl Mohn: ‘Anyone who buys any art is a hero!’ 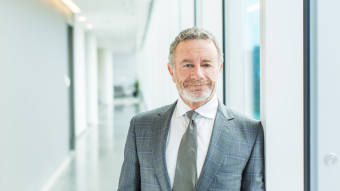