“You win on a Sunday, you sell on a Monday” is the adage carmakers like to quote when justifying their investment in racing.

In its own words, the ABB FIA Formula E championship was created to “demonstrate the potential of sustainable mobility to help create a better, cleaner world”.

As manufacturers prepare to roll out new models of electric cars in the next few years, they want to use the technologies developed for the road in their racing cars, perfect them on the track and then reintroduce them on the mass market.

Victory in Formula E races is not just who finishes first — you have to go as fast as you can on as little energy as possible. Michael Carcamo, global motorsports director at Nissan, says that “the whole point” is to “extract the maximum energy from the power train [the main components in the car that give it power, such as the battery and the motor] while using minimum energy”.

Unlike other car racing series, such as Formula One, most cars that race in Formula E are made up of the same components, including a battery developed by British manufacturer McLaren. This means carmakers have only a few ways they can innovate to gain an edge over rivals — for instance by perfecting the software that controls the brakes or experimenting with lightweight materials inside vehicles.

The battery in this season’s cars is an important technological advance for the series because they last the whole race on one charge. In previous seasons, drivers had to swap their car in the middle of the race because the batteries did not last. At the moment, electric charging is quite slow so it was not practical to top-up the charge during the race.

Some of this technology has obvious relevance for a mass market, says James Barclay, team director for Jaguar Racing, Jaguar Land Rover’s Formula E business. He says the “motor generator unit”, which recharges the battery while the cars are moving, is already being used in Jaguar’s electric cars for the consumer market.

Other new technologies are still too expensive for mass-market use, he adds. This includes silicon carbide, a highly conductive material that is resistant to high temperatures. Jaguar racing teams introduced it this year to improve the efficiency of their cars’ inverters, which transfer electric voltage from the battery to the motor.

These are all positive steps but, given that most Formula E car components are the same, the potential for developing new kit is limited. This has led carmakers to also focus on the marketing benefits of electric racing.

Mr Summerscale says that as more electric vehicles enter the mainstream, marketing has become increasingly important in Formula E racing. “There is a lot of marketing involved,” he says. “But also we are pushing the boundaries of technological innovation on the race car and can use that knowledge on the production side.”

Those with their eyes on supply chains are also watching closely. Frank Muehlon, head of electric vehicle charging infrastructure at ABB, the series’ title sponsor, says that the importance of Formula E is that it gives people the chance to experience e-mobility. “For the racing series, we focus on bringing technology out into the public,” he says.

Still, Formula E has attracted a wide range of participants, including teams from prominent carmakers such as Audi, BMW, Jaguar Land Rover and Porsche. These companies argue that Formula E requires a fraction of investment carmakers spend at the top end of F1.

“The reason [Formula E] has become the most popular form of motorsport in the world — you’ve never had so many [manufacturers] together in one branch of the sport — is because it is very cost-effective,” says Mr Barclay.

“It’s close to a 10th of the cost of not even a front-running F1 programme,” he adds.

Not all technological changes will be included in electric road cars immediately. Most cars take three to four years before they hit production lines, according to Mr Barclay, meaning that the technology that is currently being tested is unlikely to hit the consumer market until 2022 or beyond.

Nor will all the technology directly contribute to the “better, cleaner world” organisers want because it involves such small improvements to energy usage. But for the industry, the racing series still offers a major way to advertise a low-emission future for cars. 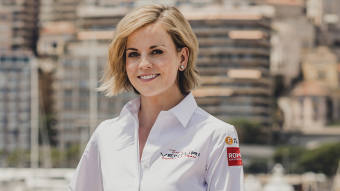