A wave of lawsuits has retirement plan sponsors worried

A glance at US court lists of pending cases could leave the casual observer thinking there was something seriously wrong with the management of America’s retirement plans. Multi-million-dollar cases brought against plan sponsors and their providers have spiked in the past few years. 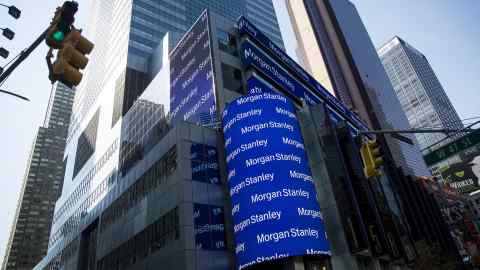 A week later, financial adviser Edward Jones became the latest financial services business targeted by such a suit alleging mismanagement of funds from its own employees, joining the ranks of Allianz, Deutsche Bank, Franklin Templeton and Neuberger Berman, to name a few.

In May, Delta Air Lines employees filed a suit against their 401(k) plan provider, Fidelity Investments. It alleged the investment manager had breached its fiduciary duty by accepting a portion of advice fees from subcontractor Financial Engines even though, the suit claims, Fidelity did nothing to earn it.

The spate of cases has raised the question of whether the 401(k) market is mismanaged or has just become a target for opportunistic lawyers.

“American employers argue they’ll be too scared of litigation to risk offering retirement plans. But there’s more 401(k)s than ever before,” says Mr Schlichter.

He filed the first class action in 2006, at which point there were 465,400 401(k) plans covering the retirement savings of 48m participants, according to Cerulli Associates, an asset management industry research provider.

The most common line of attack is to allege a violation of the sponsor’s duty of loyalty and prudence under the Employee Retirement Income Security Act of 1974, says Charles Field, a partner in the San Diego office of Sanford Heisler.

Mr Field, the attorney behind the recent suit against Morgan Stanley, accuses the wealth manager of “self-dealing” its own funds — stacking the 401(k) with Morgan Stanley vehicles that “consistently underperform compared to other similar collective investment funds” without “thoroughly investigating” third-party funds choices.

Morgan Stanley said it would not comment on the allegations.

Mr Field says Morgan Stanley’s alleged breach of the duty is “typical” of companies that come under fire over their retirement provision.

“Companies which offer retirement plans have a continuing duty to monitor and choose the investments in their plans and remove the imprudent ones. If they don’t, it’s a breach of their duty of prudence,” he says.

Mr Schlichter himself recently launched a series of suits on the retirement schemes of high-profile universities that operate 403(b) plans — a form of retirement provision open to education workers.

“While fees have come down dramatically in the 401(k) industry following our work, this has not happened in some university plans, and this work culminated in filing the cases,” Mr Schlichter says.

“We intend to vigorously defend against the claims asserted in this lawsuit,” MIT says, echoing the sentiment of all defendant universities approached for this article.

David DeMuro, a lawyer at Neal, Gerber & Eisenberg who represents securities companies, says these suits are affecting not only large companies and institutions but also smaller plans with limited assets and resources. He believes the threat of litigation creates a dilemma for smaller plans that cannot afford to manage a wide selection of investments and could become overly focused on fees.

A-Z of the FT’s top advisers state by state

“If cost becomes the only thing that matters, you’d be crazy to offer anything but cheap index funds. This ultimately means less choice for participants,” says Mr DeMuro.

Speaking generally about the defence of such cases, Mr Carroll says speculative lawyers are increasingly seeing the 401(k) cases as easy pickings. As a result, he says, it has become a fact of life for many plan sponsors that they will eventually be sued by their participants, no matter how diligently they try to carry out their fiduciary duties.

“Some plans will simply have to fight,” says Mr Carroll. “If someone doesn’t stand up to these frivolous suits, employers may end up deciding that instead of voluntarily contributing to their employees’ funds, they will need to earmark that money to pay to defend themselves in court.”