We’ll send you a myFT Daily Digest email rounding up the latest Bribery and corruption news every morning.

The FBI is investigating the deaths of two former mining executives who British prosecutors saw as potential witnesses in one of the UK’s biggest corruption probes.

James Bethel, 44, and Gerrit Strydom, 45, were found dead at a motel in Springfield, Missouri, in May 2015, when the two were on a road trip across the US.

Until shortly before their deaths, the men had held senior positions in the African division of Eurasian Natural Resources Corporation, a mining group that is at the centre of a seven-year bribery and fraud investigation by the UK’s Serious Fraud Office.

Springfield police announced at the time that the cause of death was cerebral malaria, citing tests by the Centers for Disease Control and Prevention, the national agency that handles such cases.

But as revealed in the forthcoming book Kleptopia: How Dirty Money is Conquering the World, autopsy reports and CDC records show that the chances the two men died of malaria were “almost certainly nil”, according to a leading expert who analysed them.

For reasons a spokesperson refused to reveal, the Springfield police never formally closed the case. In May this year a police spokesperson referred further inquiries to the FBI, “as they have taken over the investigation of this case”. FBI agents had already been looking into the case, according to two people briefed on it, including taking away some of the men’s personal effects.

ENRC was founded by three Central Asian oligarchs who took control of valuable mines in Kazakhstan during the rush of privatisations that followed the collapse of the Soviet Union. It floated on the London Stock Exchange in 2007. The miner joined the FTSE 100 index of blue-chip companies, making it one of the most valuable in the UK, at one stage worth almost £20bn.

After the listing, ENRC bought mines in Congo, Zimbabwe and elsewhere in Africa — acquisitions that would become the focus of bribery allegations.

The SFO launched a criminal corruption investigation in 2013. Later that year, the oligarchs — Alexander Mashkevitch, Patokh Chodiev and Alijan Ibragimov — took the company private again and shifted its base to Luxembourg.

Bethel and Strydom, South African citizens with long experience in the mining industry, were among the most senior ENRC officials running the African operation. In 2015, they decided to leave the company.

The SFO’s investigators were keen to learn what they knew. They had made contact with Bethel by the time the men departed for a holiday in the US, according to three people with knowledge of the matter. One of those people said the SFO was also interested in Strydom, though it does not appear to have contacted him before his death.

The men began to feel unwell during the flight from Johannesburg via Amsterdam to Chicago but set off along Route 66 on hired Harley-Davidsons, according to messages they sent that were later passed to the coroner.

On Saturday May 9 2015, staff at La Quinta Inn in Springfield opened the doors to their rooms to find both men dead, with nothing to show what had killed them.

The local medical examiner sent samples for toxicology tests to a laboratory but received only partial results. Lacking the equipment to make a full assessment himself, he sent blood and tissue samples to the CDC, which detected malaria, CDC records show. 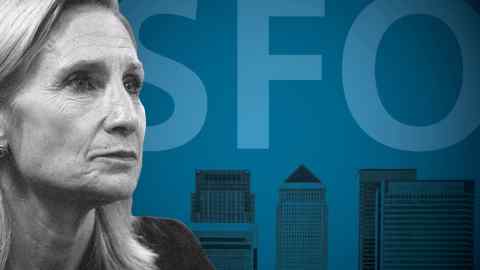 According to emails released in response to a freedom of information request, analysts at the CDC suggested the pair might have become infected on a fishing trip they had taken together in malarial Zambia two weeks before they started to feel sick.

But when the cause of death was announced, colleagues of the dead men were immediately sceptical that two people could die of malaria on the same night in the same motel. Five years on, their doubts are reinforced.

Sam Wassmer, a malaria expert at the London School of Hygiene & Tropical Medicine who has reviewed the documents obtained by the Financial Times, said that because of the multitude of factors that determine the speed at which the disease develops over many days, “the likelihood of two separate people developing the disease at the exact same time and dying the same night is almost certainly nil”.

The only remotely plausible scenario would be if both men had been bitten by the same mosquito, Mr Wassmer said, but the CDC’s genetic analysis of the samples it received ruled that out.

Investigators at the SFO fear the samples may not have been reliable, according to a person familiar with the investigation. Neither the local medical examiner nor a private coroner whom ENRC sent to attend the autopsy could say whether any chain of custody procedure designed to safeguard evidence had been followed.

The CDC did not respond to questions from the FT. The FBI did not comment. The SFO declined to comment.

ENRC denies any wrongdoing. In 2019 it sued the SFO, accusing it of cooking up a scandal with the corruption investigation in league with the company’s former lawyers, a Kazakh dissident and private investigators. All those accused deny the allegations.