Judas by Amos Oz — across the line

“Anyone willing to change,” argues the high-principled but shambolic protagonist of Amos Oz’s new novel, “will always be considered a traitor by those who cannot change.” After almost two dozen books that track changes in both heart and state with untiring strength and subtlety, the Israeli master has delivered one of the boldest of all his works.

As its title proclaims, almost in giant neon letters, this is a study in betrayal. From his inspiration in the villain of the Gospels through family quarrels and defections to modern Zionism, Oz mines deep into the doubts and dreams of figures who have “crossed the line” that separates faith from apostasy, the insider from the outcast.

He tells a winter’s tale, set over the chilly months of 1959 and 1960 in a Jerusalem of long nights, bitter winds and relentless rain. Given its provoking, even incendiary, themes, Judas will be dissected as a novel of ideas. Yet Oz always evokes the gloomy, storm-lashed city with a Gothic storyteller’s relish, from the creaking fabric of ancient houses and old-fashioned street lamps swinging in the gales to the shepherd on the nearby slopes who “sat upright between rain showers in the cloudy evening light, staring immobile from the desolate hillside” towards the city’s western edge.

On this fringe of still-divided Jerusalem, a big-hearted drifter called Shmuel Ash comes temporarily to rest. He is already half-estranged from his Latvian-born father and tense family in Haifa, and shaggy, idealistic Shmuel, “brimming with goodwill and as soft as a woollen glove”, has two more betrayals on his conscience. He has split from his handful of bickering comrades in the Socialist Renewal Group and abandoned his thesis on “Jewish views of Jesus”. In any case, that project struck his dad as a baffling compulsion to stand “on the other side of the barricades”.

Now his girlfriend Yardena has dumped him for a dull hydrologist. Thanks to a small ad, Shmuel finds refuge in a mysterious mansion on Rabbi Elbaz Lane. Here, in exchange for board and lodging, he talks every day to a peppery, disputatious invalid: Gershom Wald. In charge of this odd household is the enigmatic Atalia Abravanel, an alluring forty-something widow whose aristocratic surname rings a faint bell for Shmuel. He recalls a renegade politician called Shealtiel Abravanel, “a kind of one-man opposition” in the late 1940s. Although a Zionist, Abravanel advocated Jewish-Arab coexistence, detested the “archaic, primitive, murderous delusion” of nationalism, and rejected “the pretentious idea of setting up a separate state for Jews”. In other words, a Judas.

Shealtiel Abravanel never actually lived. But Oz’s extraordinary invention — a dead provocateur whose unsettling legacy haunts the eerie house on Rabbi Elbaz Lane — frames a series of mind-stretching, and heart-tugging, dialogues. This warren of secrets is also a nest of traitors, and a shrine to pain. Wald has lost his only son — Atalia’s late husband — in Israel’s independence war of 1948, victim of a brutal ambush that still robs him of sleep.

Against Shmuel’s starry-eyed reformism, grief-scourged Wald argues that the creeds that stem from Abraham “all drip honeyed words of love and mercy so long as they do not have access to handcuffs . . . torture chambers and gallows”. He still accepts that, on a pitiless planet and so soon after the Holocaust, Israel must survive. In contrast, his old sparring-partner Abravanel detested all nation-states as “ravening dinosaurs”, or “rows of cages in a zoo”. For Jews and Arabs in the Holy Land, he championed what would now be called a one-state solution — but would have preferred no states at all. As a result of his ideas, he died as “possibly the most lonely and most hated man in Israel”.

Blundering Shmuel pursues his clumsy courtship of the elusive Atalia in between bouts of erudite wrangling with Wald. Shmuel has refined a theory that presents Judas Iscariot as the sole true believer: the disciple who persuaded the charismatic nomad preacher from Galilee that he was indeed the Messiah, and so became “the impresario, the stage-manager and the director of the spectacle of the crucifixion”. In this narrative, (for which Oz draws on the third-century Gnostic “Gospel of Judas”), Judas had faith that the Lord would rescue Jesus from the cross and so prove his divinity to all.

The preacher’s agonising death between two thieves — which Oz depicts in a bravura burst of empathy and compassion — broke Judas’s heart and drove him to suicide. Thus the accursed figure who for centuries has lent a pretext to murderous, then genocidal, anti-Semitism was “the first Christian. The last Christian. The only Christian.”

A book so steeped in richly flavoured heresies might defeat the reader’s digestion. Oz takes care to root this boundary-busting speculation in the dark house of grief and secrecy, in the tragic back-story of a slaughtered son and husband — and in the endearing comedy of hapless but hopeful Shmuel, whom Wald affectionately calls “a tortoise that’s lost its shell”. Nicholas de Lange, Oz’s distinguished translator, steers these virtuoso transitions between debate and domesticity with unerring skill.

Oz can imagine, and inhabit, treachery of every stripe. But he keeps faith with the art of fiction.

Published in the US in November by Houghton Mifflin Harcourt 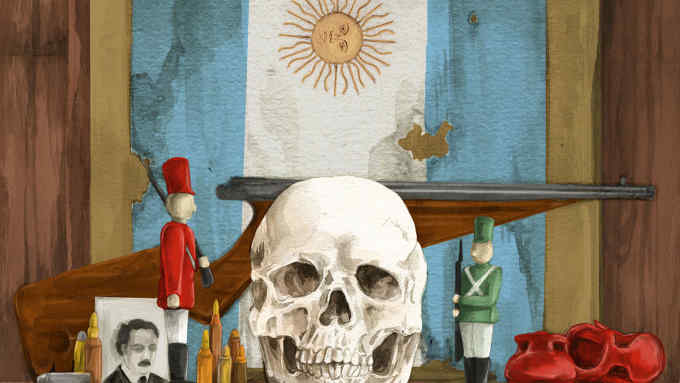 We look at the contenders for the international literary award, the winner of which will be announced on June 14