What the US election could mean for EM investing

Big investors might be reluctant to publicly express their forecasts for Tuesday’s poll, but the prevailing view is that a Joe Biden victory would be good for most developing countries and offer opportunities that have not yet been priced in.

“Emerging markets are going to do better out of a Biden presidency,” said Charles Robertson, chief economist at Renaissance Capital, an EM investment bank.

He argued equity and bond markets had not yet taken account of that eventuality, with big investors still stung by their failure to anticipate Donald Trump’s victory in 2016.

“I don’t think anyone’s really prepared to bet in a big way. The 2016 shock was so significant that people aren’t positioning massively for it because they simply don’t trust the polls,” Mr Robertson said. “I think we will see a lot of money reallocated to EMs across the board,” he said, in the event of a Biden victory.

Both EM equity and bond funds have suffered net outflows so far this year, of $25.8bn and $9.2bn respectively, according to Morningstar data covering both passive and active investment vehicles, although the selling has primarily been driven by a switch out of risk assets amid the coronavirus pandemic.

I’m not sure Russia is the place to be if Biden wins, or Turkey. Countries with aggressive rhetoric and actions will not be tolerated

However, while other factors have had an impact, there is a perception that EM markets would have fared better were it not for Trump. Timothy Ash, an analyst at BlueBay Asset Management, argued that the Trump presidency “has not been good for global trade growth”, due to his administration’s protectionist stance.

Historically, the valuation of emerging market assets has often been driven by the strength of the US dollar. When the greenback is weak, investors typically pull money out of the US and put it into areas such as EMs, where the returns of local currency-denominated equities and bonds look better in dollar terms. When the dollar is strong, this trend works in reverse.

Gary Greenberg, head of emerging markets at Federated Hermes, said a blue wave — a clean sweep of the presidency, House of Representatives and Senate — would result in a larger federal stimulus package than a Trump presidency would deliver.

This would not only lead to a weaker dollar, he argued, but also stronger US growth. This would be another plus for EMs, particularly base metal exporters such as Peru, South Africa and Indonesia and cyclical economies like Chile, South Korea and Mexico, several of which Hermes had been adding to its positions in.

“With a blue wave we will start to see global confidence start to build. US policy will become more predictable and rational,” Mr Greenberg added.

However, Mr Robertson also said a blue wave could unleash such a large fiscal stimulus that investors may want “to be in the US for the growth story”, potentially drawing money away from EMs.

Even if EMs retain their appeal, the impact of a Biden victory would be likely to differ between countries.

“I’m not sure Russia is the place to be if Biden wins, or Turkey. Countries with aggressive rhetoric and actions will not be tolerated,” said Mr Greenberg, with the impact potentially largest on Russia’s equity market, given that foreign investors have had an outsize exposure to Moscow for some time.

“It’s easy to go down the list of authoritarian states and see them all as losers: Russia, Saudi, Turkey, Brazil,” said Mr Ash.

He argued that Turkey had some “unfinished business with Biden,” who was vice-president during a 2016 coup attempt against president Recep Tayyip Erdogan that many Turks think was backed by the Obama administration.

Nevertheless, he suggested a president Biden would “try and have a reset with Turkey”, given its importance as a potential strategic partner, and a desire to instead focus on Moscow.

There is not going to be much of a let up with China. The theft of intellectual property is the key issue

“Russia is a strategic opponent of the US, Turkey isn’t, it’s a long-term ally,” said Mr Ash, adding that Russia was a bigger threat than China in terms of its undermining of western democracy.

Beijing’s relationship with Washington will, however, be by far the most important one for passive EM equity investors. Including Hong Kong and US-listed Chinese stocks, the country now accounts for a record 42.6 per cent of the widely tracked MSCI EM index, while Russia’s weight is 2.6 per cent and Turkey’s just 0.3 per cent.

And China is thought likely to remain in Washington’s crosshairs whoever occupies the White House.

Mr Ash said he though a Biden administration was more likely to try to build multilateral support for its stance against China than if Trump were to remain in power but added: “There is not going to be much of a let up with China. The theft of intellectual property is the key issue.” 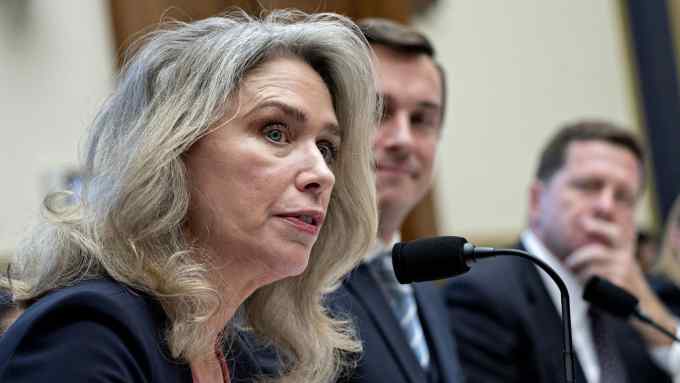