Japanese prosecutors built their potentially most damaging charge against Carlos Ghosn on evidence acquired from a laptop computer in Lebanon used by an aide to the former Nissan chairman, according to people familiar with the investigation.

The laptop, which contained information relating to Mr Ghosn’s financial transactions, enabled prosecutors to pursue the investigation in Beirut, where the former Nissan chairman is protected by his status as a national hero.

Without the laptop, said two of the people, neither Nissan nor the Japanese prosecutors would have been able to show how millions of dollars of Nissan company money was allegedly diverted from an Omani car distributor into companies that were partly or fully owned by Mr Ghosn’s wife and his son.

Several weeks before Mr Ghosn’s rearrest in early April, the laptop was obtained from a 44-year-old Lebanese assistant who had worked for Fadi Gebran, Mr Ghosn’s longtime lawyer and childhood friend, who died of cancer in 2017.

In more recent years, the assistant, whose name is listed as Amal Rachid Rizkallah Abou-Jaoude in company filings, worked directly for Mr Ghosn.

Her name appears among the individuals listed in the shareholder registry of Good Faith Investments, a Lebanese company set up by Gebran.

Her name is also listed in other companies set up by Gebran that had the same Beirut address as Good Faith, such as Phoinos Investments, the entity that owns a $9.5m house in Beirut that Nissan purchased for Mr Ghosn.

Phone numbers for Gebran’s office listed in a Beirut legal directory published before his death did not work. The office building was nowhere to be found on the street named in the address, and several people in the area said they had no knowledge of the building or the office.

An internal investigation by Nissan found that about $35m in payments were made from its Dubai-based subsidiary to an Omani distributor with ties to a friend of Mr Ghosn between 2011 and 2018, according to people familiar with the case.

Mr Ghosn, who was first arrested in November, has denied breach of trust charges and other allegations that he understated his pay at Nissan.

His wife, Carole, said she did not know that she owned the company until prosecutors brought the case, according to representatives for his family. His son, Anthony, declined to comment on whether there was any transfer of money between Good Faith and his company, Shogun Investments.

But legal experts say the case surrounding the Oman payments marks the most serious claim made by prosecutors that Mr Ghosn personally gained from malfeasance.

People close to Nissan’s investigation said they were concerned that the trail of Mr Ghosn’s financial dealings would go cold in Lebanon, where they could not be confident that the rule of law would apply, or that anyone would be willing to co-operate.

Mr Ghosn, born in Brazil to Lebanese parents and educated in Lebanon from the age of six, also has French and Brazilian citizenship. The former boss of Nissan and France’s Renault is so highly regarded in Lebanon that he was even honoured with a postage stamp. 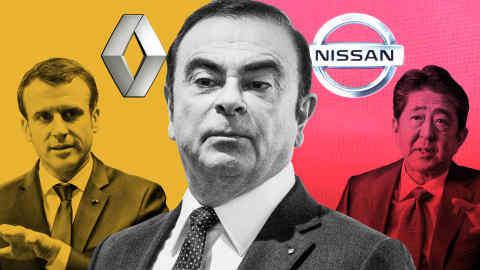 During two periods of detention totalling more than 120 days, Lebanon’s ambassador to Japan was one of Mr Ghosn’s most frequent visitors. Advertising hoardings in Beirut splash the slogan: “We are all Carlos Ghosn”.

Some Lebanese are angry that the celebrated Mr Ghosn has tarnished the country’s reputation. But privately, some businesspeople say they feel Mr Ghosn deserved to be richly remunerated for rescuing Nissan, and that even if he is guilty, his punishment is draconian.

Lebanon ranks 138th out of 180 on the Transparency International corruption perceptions index. The US state department identifies the country’s “institutionalised corruption” as a factor deterring foreign investors.

Without proper enforcement of legislation on commercial transparency and taxation, an atmosphere of impunity is pervasive. Lebanon’s diaspora have had plenty of incentives to park their wealth in Beirut — from high interest rates, subsidised by the state, to banking secrecy rules, considered a competitive advantage for Beirut.

Corruption is considered to be more pervasive in the public sector than the private one but the two spheres blur as political connections are seen to be crucial for businesses to win public sector contracts.

While Lebanon does have laws mandating regular company reporting, these are routinely ignored.

“There is no political will to put into force legislation,” said Julien Courson, executive director of the Lebanese Transparency Association. “In some cases there is a lack of capacity . . . but in general it is not always clear to see the political will to enforce laws.”

Video: Carlos Ghosn says charges against him are a 'conspiracy' 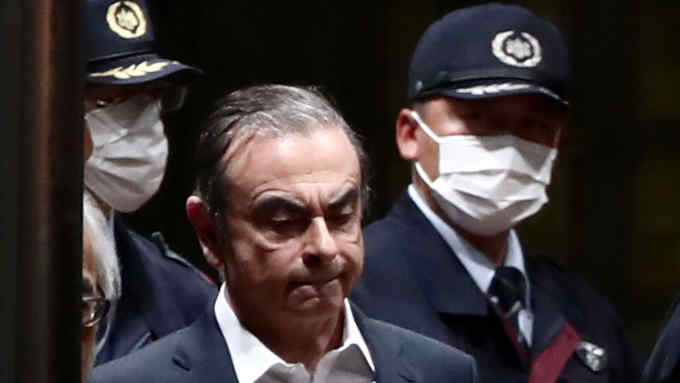