Batteries based on Tesla’s expertise in electric cars are now helping to optimise the growing number of rooftop solar installations in South Australia. But it is a project that has required as much legal, as technological, expertise.

By linking up thousands of solar powered homes and new batteries, the initiative will ease the stress on the electricity grid caused by peaks and dips in solar power. In effect, the electric car maker is creating a ‘virtual power plant’ in a community of 3,000 social housing units in Adelaide, which will aggregate energy from their individual solar panels and its batteries. It is part of Tesla chief executive Elon Musk’s mission to translate the technology it has developed for cars into storage for renewable energy.

For residents, the A$61m ($47m) project will provide more affordable clean electricity at no upfront cost. It is being financed by the Australian government-owned Clean Energy Finance Corporation, the South Australian government, and Tesla itself. However, the plan has required a new legal structure to ensure that residents are protected.

“The magic is in how it’s aggregated,” says Jeremy King, a partner at law firm Pinsent Masons, of the solar-plus-battery approach. “On an individual basis, economically it doesn’t stack up, but once you aggregate it and have centralised control over thousands of systems, economically it starts to make sense,” explains King, who arranged the legal work for the project. 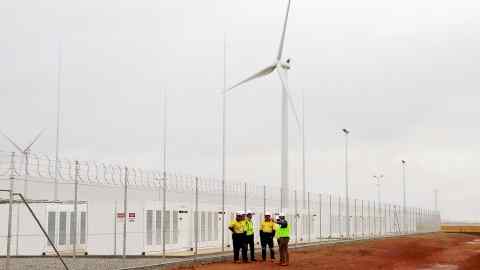 One of the challenges to emerge from the rise in the number of rooftop solar installations in South Australia has been volatility in local power prices — because energy from solar panels surges when the sun is at its strongest. Average daytime power prices in South Australia fell below zero for the first time in the first quarter of this year, according to the Australian Energy Market Operator, the regulator. They hit minus A$12/MWh in the first three months, it says.

But, by aggregating solar energy in multiple Tesla Powerwall batteries — rechargeable units designed for use in homes — enough energy can be provided to the grid when it needs it. Energy generated in the day can be available in peak periods of demand during the early evening.

Lithium-ion batteries enable sudden bursts of power to be switched on as needed. This virtual power plant system uses Tesla’s cloud-based software to charge or discharge energy from batteries, trading it on Australia’s National Electricity Market. The capacity of a virtual power plant “can sometimes match or even exceed a traditional power station”, says the Australian Renewable Energy Agency.

In 2017, Tesla built a giant lithium-ion battery at the Hornsdale Power Reserve, with an energy storage capacity of 129 MWh, which is helping to integrate solar and wind energy into Australia’s electricity grid.

Tesla will now install a 5 kW rooftop solar system and a 13.5 kWh Powerwall battery at premises owned by Housing SA, the owner of the social housing. Along with previously installed systems this will deliver 20 MW of generation capacity and 54 MWh of energy storage.

King notes that the virtual power plant will generate revenues to pay back the money from Clean Energy Financing Corporation for installing and building the project, by selling energy to the National Electricity Market. It will also gain revenue by providing a back-up source of generation for the grid operator to call on.

Lawyers were needed, though, to create legal agreements that protected the housing authority’s sometimes vulnerable and disadvantaged tenants while also giving the lenders security over the assets, in cases of non-payment. 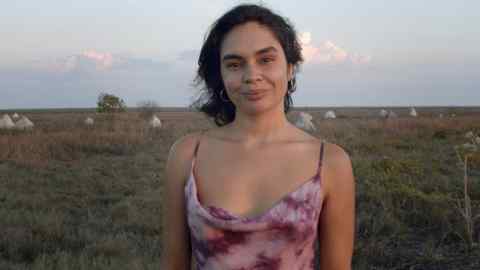 Unlike a typical project finance arrangement, the loan had to be structured so the lenders would have no capability to enforce the debt by selling assets in the case of any default, King explains. That was to avoid any chance — however remote — of the main lender going to the tenants’ homes and ripping out solar panels to resell them, he says. “You can’t, politically, enter into council housing and rip panels off the roof. That would fail the ‘pub test’ — if you speak to the average person on the street, that would look terrible.”

Residents in the housing units were also offered electricity at the same price whether they consumed energy from the grid or the new system. Participation was voluntary, King says.

The project is a test case for Tesla’s ability to bundle its solar panels and batteries. In April, the US group said it would only sell its solar panels along with Powerwall battery units, so as to better integrate the two devices. Musk said the Powerwalls could operate as a “giant distributed utility,” to help power grids that may struggle to meet growing demand for electricity due to the proliferation of electric cars. Without batteries there would be blackouts and power cuts. 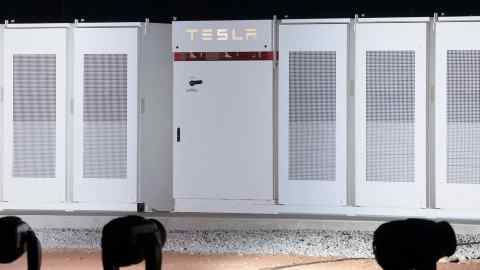 “[The utilities] won’t be able to react fast enough,” Musk warned in Tesla’s first-quarter earnings call recently. “We’re seeing more extreme weather events . . . so it is very important to have solar and batteries at the local level, at the house [level].”

King says the model created in Adelaide could be scaled up with the addition of more houses nearby, or undertaken elsewhere in Australia. All that is required is for the houses to have smart meters installed, he says.

The Australian government says there could be a network of 50,000 solar and Tesla Powerwall home battery systems across South Australia.

“It’s something that is better on a macro basis: the bigger it is, the more punch,” says King.