Kylie Jenner and the ontology of success

On the advantages of intangible assets.
Jamie Powell 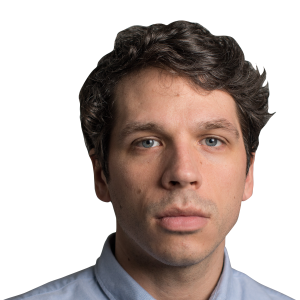 It was announced this week that Coty, the $9bn multinational beauty company, is buying a controlling stake in Kylie Jenner’s cosmetics company for $600m.

The 51 per cent sliver means that Jenner’s business -- which is called, you guessed it, Kylie Cosmetics -- is valued at around $1.2bn. Quite something for a company that was started just four years ago.

Alphaville laconically commented on Jenner’s status as a “self-made” billionaire earlier this year, but the news this week seems to have stirred the debate further, with many defending Jenner, seemingly, as a Roarkian hero of capitalism. “If it’s so easy, then why has no other influencer done it?” they cry.

It’s not quite that simple.

First off, let’s just get one indisputable fact out of the way: Team Kylie Jenner has built a remarkable business. It posted revenues of $200m last year, and is on track for Ebitda margins of 25 per cent this, all while growing 40 per cent. For reference that’s more Ebitda than Uber, Lyft and Peloton made in the last quarter. Combined. (We should add that Alphaville made more Ebitda. Maybe.)

To get there, Jenner has proved apt at driving demand via curated pop-up stores, one-off FOMO-inducing specials and pushy upsell techniques. Like many of the successful direct-to-consumer brands, she’s also leveraged e-commerce platform Shopify to startling effect.

The fact Jenner has done them, or has been advised to do them, does deserve respect. But the crucial point to be made here is that none of these factors are remotely unique to Jenner. In fact, for the Warby Parker hopefuls of this world, this strategy is relatively quotidian.

Jenner also has one advantage which a well-heeled Wharton grad could only dream of: little-to-no marketing costs.

Thanks to her lineage as the youngest member of the Jenner-Kardashian family, Jenner has amassed a startling social media following. At pixel time, she has 151m followers on Instagram, 22m on Facebook and 29.4m on Twitter. This effectively free airtime is worth a lot. The BBC reported in July that Jenner currently demands $1.2m for a single promotional post on Instagram. So if she posts, say, 400 times about her brand over the year, that’s around $440m of effectively costless marketing -- more than Snapchat and Peloton spent on the same item in 2018. And that’s just on Instagram.

We don’t have the numbers to hand, but it’s fair to assume that having little need to spend on marketing might provide around 20-25 percentage points of extra margin. Which, for a high growth company, is an extreme advantage.

Aside from super profitability it also provides another edge.

Much has been written, including on Alphaville, about how the various direct-to-consumer hopefuls have struggled with scaling their businesses, and brands, due to the rising costs of digital advertising. Costs which, of course, require outside capital to fund. So not only has Jenner benefited from naturally higher margins, but the ability to retain control over her business.

Raising venture, or private, capital also requires time. Funds have to be pitched to, and lengthy PowerPoint decks prepared. So the benefits of not initially needing outside capital run deeper than just economic control.

In short, Jenner’s success should be framed within the context within which it was built: a hyper-globalised, social-media driven star system that half a decade ago barely existed, and very few still have immediate access to without entering via other fields (acting, music, etc). This, in itself, is an intangible asset probably worth more than even the $1.2bn valuation Coty has endowed on the business.

No-one can begrudge anyone taking advantage of your personal circumstances, but let’s not pretend that Jenner’s achievements are equivalent to other well-regarded business founders -- even those from privileged backgrounds, such as Bill Gates. Indeed it’s arguable that the advantages she’s enjoyed are unique in business history.

The question for Coty, however, is will the fans follow now a faceless corporate has got so heavily involved? Odds are, they may not even notice.