We’ll send you a myFT Daily Digest email rounding up the latest Robinhood news every morning.

Retail trading app Robinhood has raised new equity that gives it a valuation of more than $11bn, up by nearly one-third from a previous injection of funds just one month ago, as the privately-owned platform benefits from a surge in activity through the coronavirus pandemic.

New York-based hedge fund D1 Capital Partners invested $200m in Robinhood, the company announced on Monday, giving it a valuation of $11.2bn. Private investors — who have pumped more than $1.7bn into the company since 2013, according to the data provider PitchBook — previously valued the trading platform at $8.6bn in July.

The latest flurry of fundraising has fuelled speculation that the Menlo Park-based company, which has reshaped the business of retail stock-trading in the US since it launched its service in 2015, is preparing to sell shares to the public.

Michael Underhill, chief investment officer of Capital Innovations, a fund manager that invests in IPOs, said he expects the company will press ahead with a listing before long. “Seeing that kind of jump in valuation [shows] they have velocity and momentum on their side,” he said.

D1, founded in 2017 by former Viking Global Investors fund manager Daniel Sundheim, is a first-time investor in Robinhood. The hedge fund invests in a mix of public stocks and private securities and manages about $13bn, according to two people with knowledge of its finances.

Robinhood said in a statement that its latest injection of funds would go towards “building our core product and improving the customer experience”.

The platform has emerged as one of the big winners from a boom in retail trading this year as locked-down punters dabbled in markets for the first time, helping US stocks to bounce back from the lows in March toward a new record.

In the first quarter of this year, Robinhood gained 3m new customers, expanding its user base beyond 13m. In June, it eclipsed listed rivals including Charles Schwab and ETrade in “daily average revenue trades” — a popular industry measure of activity, according to data from the company.

Robinhood launched with the goal of “democratising finance” through free stock trading. It makes money in part by selling its customers’ orders to electronic trading firms such as Citadel Securities, which is majority-owned by Ken Griffin, the billionaire hedge fund manager.

The company has faced a number of setbacks this year. In February and March the trading platform suffered repeated outages after sharp drops in prices led to overwhelming volumes. A group of customers has filed a class-action lawsuit against the company in California over the matter.

Last month, the company scrapped plans to launch in the UK — a second stalling of its international ambitions, after the group announced a plan to enter Australia in 2015 that never occurred. 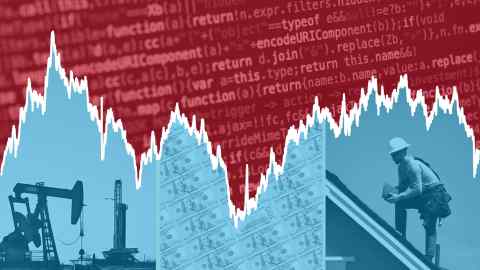 Robinhood has also faced scrutiny about the risks associated with providing sophisticated financial tools such as options to everyday investors with little experience. Concerns came to a head in June, when Alex Kearns, a 20-year-old student, took his own life after wrongly believing he had lost nearly $750,000 from an options trade on Robinhood.

Mr Bhatt and his co-founder Vlad Tenev expressed sorrow over the death and said they would consider alterations to the platform.

Get alerts on Robinhood when a new story is published