Some believe distance learning may be more female friendly

Redressing the gender imbalance among students is high on the agenda for many business schools. While most struggle, others have seen an opportunity in the potential appeal to women of online MBAs and have focused on recruiting female students.

There are signs that these efforts are paying off. In some cases online MBAs attract a significantly higher proportion of women than full-time or executive programmes.

At Warwick Business School in the UK, for example, women make up 24 per cent of students on the full-time course and 22 per cent on the executive MBA, but account for 32 per cent on the Distance Learning MBA. At Babson College in Massachusetts, US, women make up 40 per cent of the intake on the Blended Learning MBA — a programme that is mostly online with face-to face elements — for the 2015-16 academic year. That compares with 34 per cent for the school’s two-year full-time MBA.

Education consultancy Carrington­Crisp has noted a similar trend. When it asked prospective MBA students to select their preferred method of study, full-time options were relatively gender-balanced. One-year campus courses were picked by 28 per cent of men and 26 per cent of women. For two-year programmes the split was 27 per cent for men and 23 per cent for women. This was reversed for online MBAs, which were chosen by 22 per cent of women compared with 16 per cent of men.

Industry-wide data are scarce and inconclusive, however. FT statistics show that women account for 32 per cent of students on 20 programmes in the 2017 Online MBA Ranking. Directly comparable figures are unavailable because of the way and times data are gathered but the overall proportion of women on 100 FT-ranked full-time MBAs is slightly higher at 35 per cent. 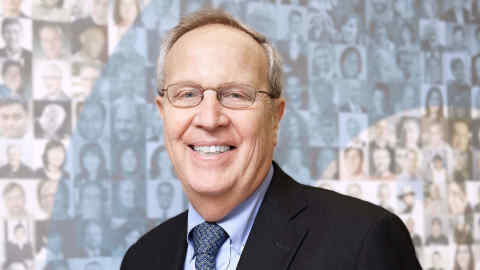 What is clear is that the proportion of women on certain online programmes — including some highly ranked MBAs — outstrips that for campus degrees.

What might be the appeal? Some reasons are well understood. “It’s the flexibility of the online study that makes it easier for women, particularly if they have young children,” says Andrew Crisp, co-founder of CarringtonCrisp.

Babson makes it as easy as possible for parents to attend the face-to-face components of its course. “They have to balance children, work and time to go to [business] school,” says Colleen Hynes, senior associate director of graduate admissions. “So we lay the schedule out very far in advance — at least a year.”

Cost may be another factor. In a separate study, CarringtonCrisp found that 47 per cent of women, compared with 38 per cent of men, would choose one school over another because its fees were lower.

Beyond flexibility and cost, subtle factors such as culture may be at work.

“MBAs have a reputation for being quite masculine in their orientation,” says Julie Cogin, director of the Australian Graduate School of Management (AGSM) at the University of New South Wales Business School.

The school’s MBAx programme combines an online management MBA with specialisations including social impact and technology.

MBA study can be “a competitive and aggressive environment”, says Prof Cogin. “Some women are put off by that and feel an outside classroom environment might be more conducive.”

Studying online provides a more gender-blind form of learning. “It eliminates many of the physical biases in a classroom because you don’t know what somebody looks like,” says Prof Cogin.

Scholarships are another tool schools can use. For example, AGSM offers scholarships to women who want to study online, including one for those who want to focus on technology.

For business schools, in reputational terms there is more at stake than filling courses with top female candidates. The apparent greater appeal of online courses to women presents an opportunity to help them tackle the broader problem of the persistent gender imbalance in management education.