As the city’s commercial market booms, emerging artists are finally finding the spotlight

“Los Angeles is full of light and space. It’s an amazing place to make art, it has a rich history of great art schools and some amazing museums. The only thing that’s been missing is the commercial market.” So says Kibum Kim, partner at the city’s adventurous Commonwealth and Council gallery in Koreatown, one of 10 showing in a subsidised section at the first Frieze Los Angeles.

Founded in 2010, Commonwealth and Council is in fact one of the older upstarts on the block, and something of an inspiration on the burgeoning scene. Adam D Miller, who founded The Pit with his wife Devon Oder in 2014, says that when they left art school in 2013, “there wasn’t much between the big, shiny galleries and rough, alternative artist-led spaces”.

Commercial opportunities for emerging artists were limited, he says, as many galleries that had opened in the early 2000s found themselves closing after the global economic crash, whose effects began to take hold in 2008. As a result, artists sought out representation that was more within their control, so the city’s underground non-profit spaces — such as Commonwealth and Council, which started out in the apartment of the artist Young Chung — became their unlikely commercial representatives.

Then, as the wider market grew more international, Los Angeles and its thriving cultural community began to look like the last untapped zone on the art map. The pieces soon came together. In 2015, private collectors Eli and Edythe Broad, long supporters of the city’s museums and galleries, opened their own huge space, The Broad, to house a 2,000-strong collection. This — unusually in the US — is free to visit.

Overseas commercial galleries followed. Hauser & Wirth opened what has been described as a “beast of a building” in Downtown LA in 2016, while in the same year the Berlin and London gallery Sprüth Magers opened its first US outpost in the so-called Miracle Mile, near Los Angeles County Museum of Art.

“There are lots of artists living in LA and we had some who weren’t represented on the West Coast, which became problematic,” explains Philomene Magers, co-founder of Sprüth Magers.

Everywhere is a drive away, but that means no one breezes through for five minutes. It’s not like in New York, when you go to 20 shows in one evening

Also in 2016, another Angeleno made a remarkable cultural commitment when WME-IMG (now Endeavor), headed by Hollywood super-agent and art collector Ari Emanuel, invested in Frieze. A West Coast edition of the famed fair then seemed inevitable.

Such engagement doesn’t happen overnight, cautions gallerist David Kordansky, who opened in Los Angeles in 2003. “We’ve put serious energy and efforts into building a homegrown market for many years,” he says, aligning himself with the city’s other commercial behemoths, Regen Projects, founded in 1989, and Blum & Poe, which opened in Santa Monica in 1994. All three galleries now boast international artists from around the world, but have also enabled local practitioners to be part of this illustrious crew. This week in his Mid-City gallery, Kordansky is showing striking sculptures by Venice Beach resident Fred Eversley and outdoor pieces by California’s Evan Holloway. His Frieze booth is dedicated to the LA artist Kathryn Andrews.

Also in LA’s favour is that it isn’t New York or London, cities whose markets are arguably blowing themselves out. “We are still a young city, with a lot to do, but that’s an opportunity,” says Shaun Caley Regen, co-founder of Regen projects. Monika Sprüth, co-founder of Sprüth Magers, notes that “Los Angeles doesn’t have the extreme and speculative market of New York”.

The fragmented and sprawling art scene may also play to LA’s advantage at a time when there are calls to slow down the art-viewing experience and take its context away from the purely commercial. “Everywhere is a drive away, but that means no one breezes through for five minutes,” Kim says. “It’s not like openings in New York, when you go to 20 shows in one evening,” he adds. Miller agrees: “We’re in a tiny neighbourhood [in Glendale] but have a real artist community around us. People want to stay here all day.” And while the cost of living might be creeping up in LA, galleries are helped by relatively cheap rentals — Miller has a 3,000 sq ft space for The Pit, including three galleries, a studio and a bookstore, plus a 700 sq ft courtyard.

Much is also being made of Los Angeles’s relative proximity to Asia, where wealth (and art buying) is still growing. “We are making a tremendous push in the region,” Kordansky says; Sprüth says the same. Meanwhile LACMA is developing a collaboration with the Yuz Museum in Shanghai.

This might be necessary to keep cultural momentum in the West Coast city. Regen says: “There has always been a good collector base here, but not really a big one. But the arts district [in Downtown LA] is finally booming, and we never thought that would happen. Frieze is making a big effort to bring people from all over the world, so maybe it is the right time in Los Angeles for a fair.”

Explore the series
READ MOREFrieze LA 2019
LAXART’s Hamza Walker: ‘Music is a great way to get to know an artist’ 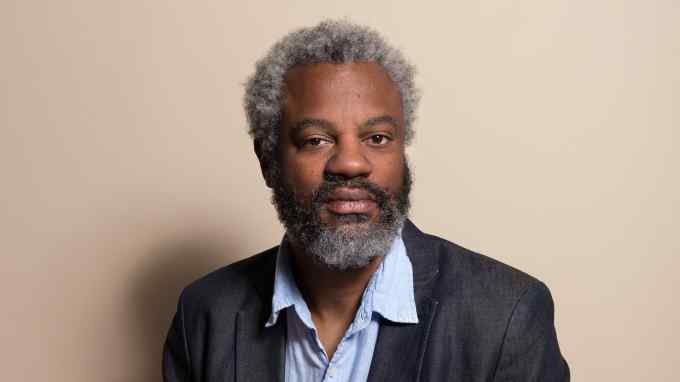