Five consequences of the UK’s exit from the EU

Financial markets will be more sensitive to eurozone vulnerabilities

1) What is the political fallout from Brexit?

Apart from causing a sharp, short-term hit to Britain’s economy, the first consequence of Thursday’s vote to leave the EU was a government crisis. David Cameron announced his resignation as prime minister and Conservative party leader. A new Conservative administration, distinctly more anti-EU in tone, is likely to replace him.

Unless carefully managed, this process will damage relations between London and other EU capitals. The latter will interpret the Brexit vote as a hammer blow to Europe’s unity. For the sake of protecting that unity, they will be in no mood to offer generous post-Brexit deals for Britain. Negotiations will be in danger of turning into an acrimonious tug of war, distracting Europe from other urgent business.

2) How are financial markets affected?

Second, Brexit will make financial markets more sensitive to the vulnerabilities of the 19-nation eurozone. Sterling has already plunged to a 30-year low. Investors will ask whether, in the light of the Brexit shock, eurozone governments have the political will and public support to strengthen the architecture of European monetary union.

One test will be whether Europe’s banking union, including a plan for common deposit insurance, makes progress over the next 12 months. At present it is blocked. More ambitious proposals, such as an Italian plan for common EU “migration bonds” to finance the EU’s response to the refugee and migrant crisis, will have little chance of being turned into action.

Individual eurozone countries will be under intensified market scrutiny. Ahead of the British vote, yield spreads widened between German government bonds and those of less financially solid southern European countries.

The outlook for Portugal, which is ruled by a shaky coalition of the moderate and radical left, is unsettling investors. The deep-seated troubles of Greece have never gone away. In Spain, which holds a general election on Sunday, the prospects for stable government and economic reform are clouded by a fragmented political party system and Catalan separatism.

3) What does this mean for populist insurgents?

Anti-establishment political movements, especially far-right parties in western Europe, will take inspiration from Brexit. Among the most galvanised will be France’s National Front, whose leader, Marine Le Pen, is eyeing next year’s presidential election. She is unlikely to win, but she could come a strong second. 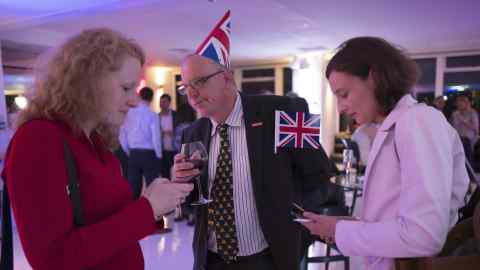 The far right will not come to power in any EU country. But it will be capable of attracting enough support to shape political debate, on the left as well as the right, and therefore to influence governments’ actions. Immigration policy will be a case in point.

4) How will the EU respond?

Fourth, the EU will be under pressure to develop proposals for closer integration. A woolly plan such as last year’s so-called “Five Presidents’ Report”, which immediately gathered dust in Brussels, will not suffice. If much closer economic and monetary union is out of reach, the French and Germans will present plans for more co-operation in areas such as defence and domestic security.

5) How will Brexit affect the EU itself?

Finally, Brexit will disrupt the EU’s internal equilibrium. With Britain out, the bloc’s seven non-euro countries will account for only 15 per cent of EU economic output, as opposed to more than 30 per cent with Britain in. Brexit will increase Germany’s political and economic supremacy in the EU — a prospect neither Berlin nor its partners welcome.

Brexit will harm the EU’s cohesion, confidence and international reputation. The biggest consequence of all, therefore, is that Brexit will undermine the liberal political and economic order for which Britain, the EU and their allies and friends around the world stand.