The decade-long trend for more older workers to be in employment came to an abrupt halt after the coronavirus pandemic took hold, with employees over 50 disproportionately likely to be furloughed or made redundant.

In the UK, the Institute for Fiscal Studies, a think-tank, said last year that only a third of workers over 50 who had lost jobs during the pandemic had found a new one within six months.

But generally, the workforce in major advanced economies around the world is ageing. A 2020 report by the OECD, a club of mostly rich nations, said the share of the population aged 50 and over would increase from 37 per cent in 2020 to 45 per cent by 2050, and mean greater numbers of older workers were in paid work.

Older workers are likely to constitute a greater part of the workforce because people are healthier and living longer, and in some cases have less generous pension provision and cannot afford to retire. Yet, often, they struggle to find or keep a job even though age discrimination is prohibited under EU and UK law.

The EU’s Employment Framework Directive was adopted in 2000 and led to the introduction of age discrimination law in many states. But, 20 years later, some have questioned whether enough is being done to allow older workers to participate in employment and whether the legislation is effective in eliminating covert age discrimination in the labour market.

Patti Waldmeir
Employers use Covid as cover for age discrimination 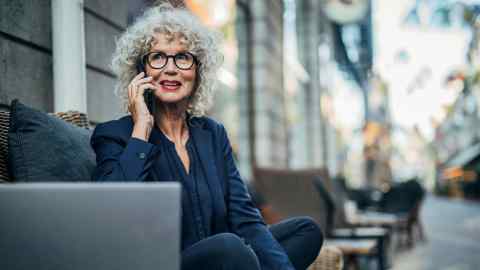 A recent report by Age Platform Europe, a network of non-profit organisations that represents older workers, concluded that the EU framework still leaves older workers behind. It said rulings from European and national courts still seem to reflect “biased and outdated views” of older people’s ability to work.

“This may result in a shift towards self-employment for older workers which . . . takes away many of the advantages that the experience, corporate knowledge and nurturing and mentoring those employees offer to the younger members of the workforce,” she says.

Age discrimination differs from other forms, such as race or gender, in that the courts will allow certain exemptions if judges believe it can be “objectively and reasonably justified by a legitimate aim” — particularly where health and safety are involved.

In 2010, in a case brought by German dentist Domnica Petersen, the European Court of Justice ruled that an age limit of 68 for dentists in the German health service could be justified. It accepted arguments that dentists’ skills declined with age.

Academics say the ECJ has been viewed as much more robust on age discrimination since 2006. In what was known as the Mangold ruling, it found that German employment laws flouted EU age discrimination directives, by lowering protection for workers aged 52 or older on fixed-term contracts. It said the legislation was “disproportionate” as it applied to older workers whether or not they had difficulty finding a job.

The Mangold ruling “came as a real shock”, says Colm O’Cinneide, professor of constitutional and human rights law at University College London. “Here, the ECJ applied the age discrimination element very strictly and put it on a par with other forms of discrimination such as race and gender.”

But he believes the UK courts which, post-Brexit, no longer have to follow ECJ rulings, have been even more robust on such cases and “have applied age discrimination more consistently and strictly than the EU courts”. O’Cinneide expects more legal challenges. “It’s an active stream of anti-discrimination law,” he says.

Keddie points out that relatively few age discrimination cases have come before the UK and European courts, partly because many older workers opt not to sue their former employer.

“People are coming to the end of their career and have less appetite to challenge and less income to bring a legal challenge,” she says. “Age discrimination is a less visible form of discrimination and yet it is a real issue.”

Michael Skapinker
Will ageism get worse in the post-pandemic workplace? 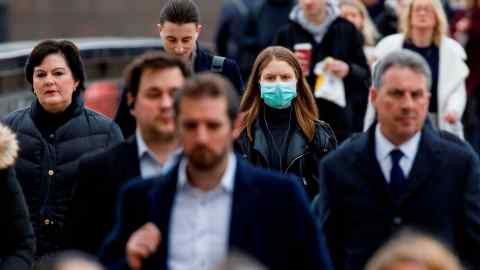 Keddie says the current shift by companies towards a hybrid workplace with more flexible and homeworking could be an opportunity to retain older workers.

A 2018 report by PwC, the professional services firm, found that older workers should be encouraged to stay in the workplace longer to offset higher healthcare and pensions costs, as the move would increase gross domestic product and keep older people physically active for longer.

OECD countries could increase their total GDP by around $3.5tn, it said, by following New Zealand’s example of having one of the highest employment rates for workers aged 55 and over. For the UK, the potential gain could be around £182bn, the report estimated.

Age Platform Europe’s report rejects the idea that younger and older workers are competing for the same jobs and says mixed-age teams in the workplace have been associated with better performance and creativity.

Nena Georgantzi, policy co-ordinator in human rights and non-discrimination at Age Platform Europe, argues that more radical changes are required. A binding international instrument such as a UN convention, she says, could catalyse a strong and inclusive interpretation of the universal right to work by courts.

“Age discrimination is still embedded in the system and in society,” she says. “There is an imbalance between the rhetoric of policy and the reality.”