Vestas and Orsted warn of tough times for renewable energy

Vestas warned on Wednesday of an “increasingly challenging global business environment for renewables” as it cut its full-year operating profit margin forecast for the second time this year.

Orsted, the world’s largest offshore wind farm developer, said it had taken a DKr2.5bn ($389m) hit from lower wind speeds in the first nine months of this year compared with 2020 as it reiterated expectations its 2021 profits would come in at the lower end of a guided range. Its third-quarter operating profits were also slightly below analysts’ estimates.

The intermittency of renewables such as wind power has come into focus in Europe in recent months as some of the slowest wind speeds in decades have exacerbated a reliance on gas and coal for electricity — including in the UK, the world’s biggest offshore wind market.

Vestas has cut its full-year profit margin guidance before special items to 4 per cent, having trimmed it to 5-7 per cent in August from an initial 6-8 per cent. The turbine maker blamed a range of factors including global supply chain blockages and shortages of components, along with higher raw material and transport costs.

Shares in the group were down 14 per cent at lunchtime in Europe after it reported a 21 per cent fall in third-quarter earnings to €325m before interest, tax and special items compared with the same period a year ago, pushing its profit margin for the three months down to 5.9 per cent versus 8.6 per cent last year. This was despite a 16 per cent increase in revenue to €5.54bn as demand for turbines and related services remained high.

LexCOP26
Energy transition: without a plan, disruption and price rises will recur 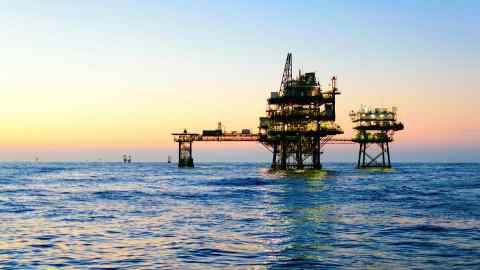 US and European benchmark prices for steel, which makes up more than 70 per cent of a wind turbine by weight, have surged 86 per cent and 53 per cent respectively this year.

He said both his own company and its customers had been seeking ways to mitigate some of the difficulties but they could inevitably lead to delays in the delivery of projects in some parts of the world.

But Andersen, who will be travelling to COP26 on Thursday, insisted that the case for switching away from fossil fuels had never been stronger. He urged global leaders to speed up the permit process for wind farms, which was often among the main blockages in delivering projects.

Orsted insisted it was on track to meet its full-year guidance, despite third-quarter operating profit falling 11 per cent year-on-year to DKr2.9bn, about 3 per cent lower than analysts’ expectations.

Shares in wind energy companies have suffered steep falls this year after hitting record highs in January. Shares in Vestas are down 22 per cent while those of rival Siemens Gamesa, which has issued several profit warnings this year, have lost 40 per cent.

Orsted shares fell 3.7 per cent on Wednesday, taking its decline this year to 32 per cent.