The latest real estate trend among internet billionaires and hedge fund tycoons is, apparently, buying bunkers. These individuals, who have made fortunes by disrupting the present, predicting the future and then making that future happen through trades, algorithms and tech innovations, are preparing for the end of civilisation.

That probably isn’t the most comforting thought. Bunkers had rather gone out of fashion as the cold war faded from memory but the legacy of that era is a landscape strewn with deep concrete shelters, missile silos and military installations which have either become superfluous, technologically redundant or simply been abandoned as the fear of Armageddon subsided. Well, now the fear is back. With erratic regimes testing new missiles, renewed territorial rivalries, low-level cyber warfare, stridently nationalist leaders and the collapse in the balance of the superpowers, those cold, deep, damp bunkers are looking a little cosier.

It is unsettling that the trend towards building bunkers and buying remote islands is so prevalent among tech and finance types. You could argue that their particular mindset, one often formed by an idea of extreme libertarianism, has engendered an imbalance in society. Wealth is being siphoned off to unaccountable and largely untaxed offshore corporations, disrupting the economy and stripping traditional social protections from the system. The rise of a precariat with no security or safety net is destabilising society while the addiction to the internet has arguably fuelled alienation and a retreat from civic life.

It is the tech innovators and financial manipulators who know more than anyone exactly how fragile the globalised system is. Everything depends on the internet, from global banking to navigation and logistics and, as we have seen with the recent hacking of corporations and governments, chaos is easy to manufacture.

The emergent internet of things could hugely increase the fragility of the system as everything from your car to your pacemaker becomes interconnected and a potential target for hackers. The fear was once of nuclear apocalypse but today it is as much about cyber war, the collapse of society and catastrophic climate change. The choice of potential cataclysms is positively biblical.

In a recent interview with the New Yorker magazine, Steve Huffman, co-founder and chief executive of Reddit, suggested that about 50 per cent of tech billionaires are buying bunkers or getaway islands. There are Facebook groups (what else?) in which the wealthy swap tips on surviving the apocalypse and what weapons to stash. I looked so you don’t have to. Mostly, it seems, you will need helicopters and motorbikes for a quick getaway, survival knives, guns and lots and lots of ammo. Survivalists meet extreme Christians and conspiracy theorists. You would not want to be stuck for decades in a bunker with any of these people.

This new group of tech-savvy survivalists prefers the name “preppers”. It implies something preppier than the redneck gun-nuts in battered pick-ups with whom they might otherwise be confused. If you want a flavour, just Google “prepper websites”. It’s scary out there. As their preferred name suggests, they will be prepared. So what are the fashionable billionaires buying? And which are the prime neighbourhoods in which to sit out Armageddon?

The location that has become something of an unlikely media sensation is the Survival Condo Project in the usually rather less than super-prime plains north of Wichita, Kansas. Situated on a 1960s Atlas F missile launch site, the 15 condos in the first silo are all sold and orders are being taken for places in the second silo. The reason there has been so much interest, from media and buyers, is the spec. We might think of bunkers as places of desperate last resort, bleak, damp concrete cellars with industrial shelving stacked with cans of beans and musty-smelling gas masks. These, however, are something altogether different. The “Penthouse” units, comprising 3,600 sq ft of living space spread over two storeys, start from $4.5m. LED screens offer a window on to a fantasy outside world of trees and waterfalls (not the actual, frazzled and burnt-out landscape). The communal facilities include a climbing wall, dog park, pool, cinema and shooting range (of course). They also provide hydroponic and aquaponic agriculture and aquaculture, and the machinery to filter air and water indefinitely. These are bunkers for the long haul: five years or more completely off-grid.

In the UK the government is still trying to offload its remarkable Burlington Bunker. Designed as the central government war headquarters, the 240-acre complex was buried 30 metres underground in an old stone quarry in Corsham, Wiltshire, in the late 1950s. It was intended to be the subterranean HQ of a crisis government. It quickly became outmoded (not secure enough against a new generation of warheads) yet the fantasy was kept going for 30 years until it was decommissioned in 1991. It has been suggested it might become a wine cellar or computer server farm. A nearby bunker recently turned up as a huge marijuana farm.

The Kingsway Exchange, built beneath Chancery Lane Tube station during the second world war is also still up for sale, although the upside-down world of apocalyptic holiday homes generally eschews downtowns. Which means New Zealand is doing well. Billionaires such as Peter Thiel, co-founder of PayPal, are buying up beautiful but secluded bits of the planet, planning for a time when it might pay to be a long way away. In the process they are pushing up the price of land for sheep farmers and locals. In other words, pre-apocalyptic gentrification.

This survivalist tendency from such an apparently optimistic sector might seem surprising, but you could argue that it has been at the core of tech culture. The internet was itself, after all, a system developed to allow the military to communicate internally when all conventional communication had collapsed. At its heart it has always envisaged the end game. Or think of Burning Man, that desert nirvana of tech culture in which geeks get to play out their post-apocalyptic cyberpunk Mad Max fantasies as self-sufficient survivors retiring to their glamping tents and high-end RVs. But there is something more — this sense of an elite in search of a new world. They are almost embracing it with too much enthusiasm, as if they are not only expecting the apocalypse, but excited about it. You can’t help but be reminded of the scene in Dr Strangelove where the eponymous mad scientist outlines the possibilities of a post-apocalyptic future. “I would not rule out the chance to preserve a nucleus of human specimens,” Strangelove says in his guttural German accent. “It would be quite easy . . . heh, heh . . . at the bottom of ah . . . some of our deeper mineshafts.” But, asks the president (also played by Peter Sellers), who chooses who survives?

“It could easily be accomplished with a computer,” replies Strangelove. “Of course, it would be absolutely vital that our top government and military men be included to foster and impart the required principles of leadership and tradition. Naturally, they would breed prodigiously, eh? There would be much time, and little to do . . . I hasten to add that since each man will be required to do prodigious . . . service along these lines, the women will have to be selected for their sexual characteristics which will have to be of a highly stimulating nature.”

There is something of the schoolboy fantasy in all of this bunker mania. The urge to camp out in the wilderness, to prove a kind of manhood, surviving off-grid

There is something of the schoolboy fantasy in all of this bunker mania. The urge to camp out in the wilderness, to prove a kind of manhood, surviving off-grid. To create a new breed of supermen (and it is, almost exclusively, men).

The bunker is the ultimate man cave. And it appears to be back in fashion in a world where “Keep Calm and Carry On” austerity-chic clashes with nagging existential tension. More importantly, there is a sense of being in a club, of having vision and foresight. The billionaires are getting laser eye surgery to correct the effects of peering into screens (no hipster glasses after the apocalypse).

For the rest of us, the world’s hippest architect, Bjarke Ingels, is completing the very cool-looking Blavand bunker museum in design-conscious Denmark. Subterranean shelters in Clapham and beneath Soho Square in London are being opened up to the public (the latter as a bar) and the Churchill War Rooms continues to be one of the UK capital’s most in-demand attractions. Alternatively, if you’re gripped by the bunker bug, you can buy an Andair VA 150 air filter — to use in your nuclear biological shelter — for only $6,649 on eBay.

Perhaps, however, it might be simpler, and certainly cheaper, to vote for less voluble leaders instead. Even the most luxurious bunker is still a prison. 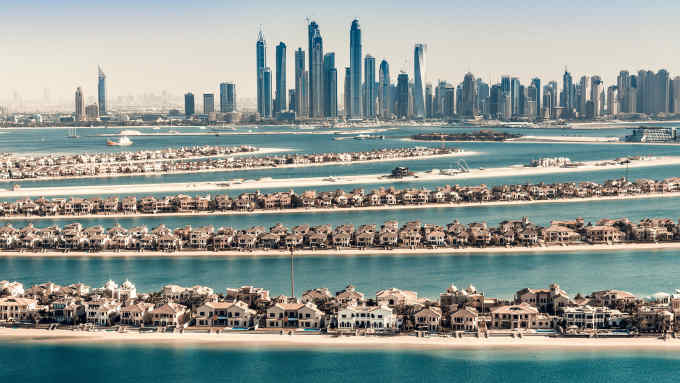