Foreign investors have piled in to debt issued by China’s policy banks at a record pace this year, lured by the liberalisation of the country’s bond markets and its faster economic recovery from coronavirus.

Net inflows into policy bank bonds totalled Rmb300bn ($44bn) in the first eight months of the year, data from bank Natixis shows, or more than the total between 2016 and 2019. The flows also exceeded those into Chinese government debt.

The rush of buying comes as foreign investors take a record share of China’s overall bond market. Relatively higher yields have enticed global funds after the emergence of Covid-19 prompted central banks in the west to cut interest rates to historical lows.

But surging demand for policy bank bonds, sold by three government-controlled institutions heavily involved in lending to official projects, also shows that foreign inflows are supporting a sector critical to China’s state-driven response to the crisis.

Alicia Garcia-Herrero, chief economist for Asia Pacific at Natixis, said the policy banks were “instrumental” in China’s economic recovery, which has been swifter than that in the US and Europe. The bonds have attracted demand from foreign investors that “tend not to touch commercial banks onshore”, she said.

CDB plays a prominent role in the infrastructure sector, which has been central to China’s rapid industrial recovery, and funding government projects. Last month, China’s Ministry of Industry and Information Technology said it would direct funding to manufacturing and technology projects across the country, with CDB lending Rmb125.5bn.

The bank plays a central role in China’s vast onshore bond market, of which foreigners own less than 3 per cent. It said this summer it had raised Rmb20tn in bonds since 1994 and expected to “deepen the reform and opening up of the bond market” in future. 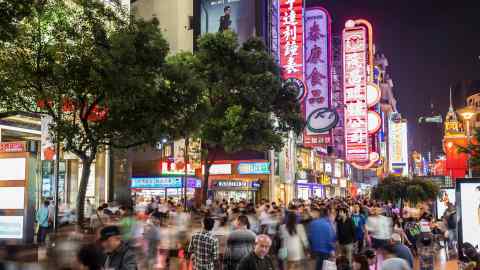 Investors have also been drawn to the higher yields on the debt — these banks’ 10-year bonds are currently offering around 0.5 percentage points more than Chinese government bonds of a similar duration.

“The policy banks are fully backed by the government, so people think they are almost equivalent to the central government bond,” said Chaoping Zhu, Shanghai-based global market strategist at JPMorgan Asset management.

But some parts of policy banks’ activities are opaque. Natixis’s Ms Herrero said detailed data on their lending had become increasingly inaccessible since 2015.

The policy banks have supported China’s Belt and Road Initiative, which pursues infrastructure projects worth hundreds of billions of dollars in dozens of countries. The programme has been hit by waves of applications for debt relief from nations badly affected by Covid-19, the Financial Times reported this year.

The raft of investment comes as Beijing takes steps to open up its financial markets. Last week, the provider of one of the world’s most important bond indices said Chinese government bonds would be added to it, potentially driving $140bn of inflows over coming years.