How to stop a lack of diversity undermining clinical trial data

Race and ethnicity affect how patients respond to drugs, but participants in clinical trials are disproportionately white. This diversity gap weakens efficacy and could be undermining outcomes for minorities suffering from diseases including HIV, hypertension and cancer.

People of African descent respond less well to certain hypertension drugs, and have been found to metabolise an anti-HIV drug less efficiently. White and black patients metabolise some antidepressants and antipsychotics less well than Asians, and blacks and Hispanics respond worse to a hepatitis C antiviral treatment.

Asians have genetic variants that impair the production of enzymes which activate an antiplatelet drug. African-American, Hispanic and Native American ancestry all confer poorer survival following treatment for acute lymphoblastic leukaemia compared with European Americans or Asians, and may be recommended additional chemotherapy.

One-fifth of new drugs approved between 2008 and 2013 showed racial differences in drug response that were, in some cases, significant enough to impact prescribing decisions.

The US Food and Drug Administration has kingpin status among regulators and many follow its lead in approving drugs. Although the number of countries submitting trial data to the FDA has doubled over the last two decades, the proportion of white participants declined only modestly, from 92 to 86 per cent, between 1997 and 2014.

Because drug companies have focused on wealthy, white, Caucasian European markets, where individuals can pay the money and where they can draw clinical trial subjects from, research has been too dominated by white populations

“FDA directives are mirrored [by other regulators] around the world, but there are gaps, and clinical trials diversity is one of them,” says Steve Arlington, president of the Pistoia Alliance, a life-science innovation industry group.

“Clinical trials that are not aligned with the current disease state and real-world patient populations can result in significant bias in the results, which are being used to make major decisions around future treatments and drug development pathways,” says Christian Hebenstreit, senior vice-president and general manager for Emea at Medidata, a clinical trials software firm.

Narjust Duma, chief haematology and medical oncology fellow at the Mayo Clinic in the US, says it was a patient’s inquiry that stoked her interest in trial populations.

“My research interest includes lung cancer among women and minorities and I recall a patient once asked me: ‘All these numbers you are telling me — about survival and response to this treatment — do they refer to African-American patients like me?’ After that, I went home and searched for trials on lung cancer, to encounter that African Americans included in the trials that determine treatments were close to zero”.

Why do Caucasians dominate trials? Some reasons are benign. Eligibility rules restrict patients with other diseases or conditions that create risks specific to the therapy being assessed. Either could be more prevalent in a racial or ethnic group.

But many of the reasons are more unsettling, including inequality, bias and stereotypes, and commercial imperatives.

“Because drug companies have focused on wealthy, white, Caucasian European markets, where individuals can pay the money and where they can draw clinical trial subjects from, research has been too dominated by white populations,” says Mr Arlington.

Trials also tend to require visits to research centres in cities or elite institutions, which are rarely close to where minority populations live. Travel costs, unpredictable schedules, or care-giving responsibilities could prevent them participating.

Physicians, who usually inform patients about trials relevant to them, might not raise the prospect of participation as often with minority groups.

They might also harbour biases. One review showed some physicians hold stereotypical views indicating that certain racial groups were less likely to comply with rules and regulations of trials.

Physicians with racial biases have been found to communicate less with black patients. A video-based analysis showed interactions with the latter were shorter than with white patients, and clinical trials were mentioned less frequently and, when mentioned, discussed for less time.

Inequality and privilege has also been alleged in emergency settings; ZMapp, an experimental Ebola vaccine was, critics argue, prioritised for foreign aid workers in Africa. However the opposite problem, of trialling new treatments in poor countries, using citizens as guinea pigs, has a dark history of its own. Mistrust of the medical system could be a reason minority groups in western contexts do not participate, says Dr Duma.

All trials should report all ethnicity and race of studies when they are published. Journals should also require that race and ethnicity are reported

Regulators are working to improve demographic balance but their efforts are yet to have an effect.

Back in 1993, the US National Institutes of Health mandated proportional representation of patients by race and ethnic group, but the rules only apply to NIH-funded projects. In 2012, a law required the FDA to report on the inclusion of demographic subgroups in clinical studies. While providing a useful baseline, it is an aspirational measure rather than a fixed quota.

“There should be requirement for a percentage of patients that is representative based on the tumour type,” says Ms Duma. “All trials should report all ethnicity and race of studies when they are published. Journals should also require that race and ethnicity are reported”.

Other interventions include diversity training for physicians, to detect the biases that might prevent them encouraging minority patients to enter trials. A more racially diverse physician pool would help, as would the use of some technology. Weight-loss trials using smartphones to exchange information have substantially increased racial minority participation.

Building research infrastructures in underserved areas, with multilingual staff, could tackle geographical obstacles. To increase minority enrolment in cancer trials, the US National Cancer Institute founded a minority-focused oncology programme in underserved areas like New Jersey; this enrolled 65 per cent more minority patients than other programmes.

Video: Brilliance in the genes: inside Britain's 'Nobel prize factory'

Explore the Special Report
READ MORE
Beyond ‘superbabies’: how Crispr is revolutionising medicine 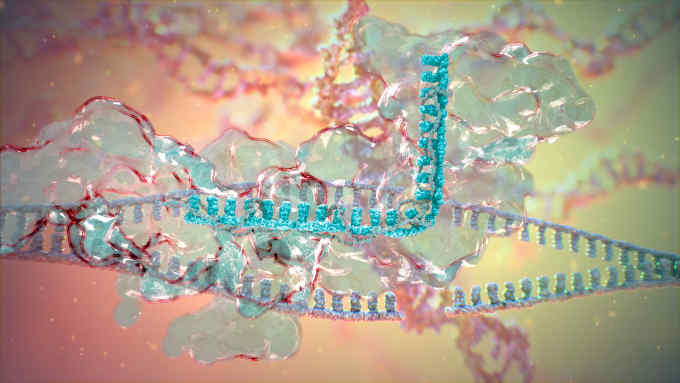