No roaring crowd, no celebratory hugs: Murad Ahmed reports from the empty stands at a high-profile fixture

An hour before kick-off, a thought pops into my head: am I too hot to get into the game?

The concern is not whether I’m overly attractive (fat chance), but if my body temperature is too high. It’s a muggy night in June. I’m driving across north London to attend Tottenham Hotspur versus Manchester United, a match between two of the heavyweights of English football.

This is no ordinary game, though. It is one of the first Premier League fixtures after a 100-day hiatus caused by the coronavirus pandemic.

Until the end of the season, social-distancing measures require games to be staged without supporters in attendance. Only 300 people can be present tonight — including players, coaches, camera operators and a small cadre of journalists.

I’m accepted among the privileged few. But to ensure entry I need to complete a questionnaire on whether I am displaying Covid-19 symptoms and pass a temperature check on arrival. Working up a sweat in a dark hoodie, I desperately wind down the windows on approaching the stadium car park.

It’s a futile gesture. No amount of fresh air will reduce my body heat enough to foil the test. Nor should it. The screening is intended to detect a fever and ensure I do not infect others if I am carrying the virus.

At the entry gates, a steward in a fluorescent jacket and surgical mask points a digital thermometer at my temple and zaps. The reading is 36.1C. Comfortably below the required level to get in.

This is just the rigmarole required to get into the stands. To get on the pitch, an area dubbed the “red zone”, people must adhere to a set of protocols that are far stricter than anything faced by thousands of teachers, factory staff and construction workers who have been told to return to work by the UK government following the easing of lockdown restrictions.

The testing regime also covers anyone they might come into close contact with: ground staff, physios, even the driver of the team bus. Players must bring their own water bottles. Handshakes are out. Spitting is prohibited. Goal celebrations should be solitary affairs, though, in practice, this is hard to police.

Yet all these regulations pale in comparison to the most significant difference in football’s new reality — the absence of supporters at the stadium. Signs outside the ground read: “Support the team from home.” But the messages are not required. The huge concourses are empty. It was the former Manchester United manager Sir Matt Busby who once said: “Football is nothing without fans.” I am about to find out if that is true.

A visit from one of the likes of United, one of the world’s glitziest football clubs, is the type of spectacle that convinced Tottenham Hotspur, owned by Bahamas-based billionaire Joe Lewis, to build a new £1.2bn stadium.

Opened last year in a blaze of fireworks, the venue can hold more than 62,000 people. It sits like an alien beetle, a shell of glass and concrete that squats incongruously alongside housing estates and fried chicken shops in Tottenham, an unglamorous district of the country’s capital.

The coronavirus has eliminated the building’s reason for being. High above, Tottenham’s chairman Daniel Levy sits in an otherwise empty director’s box. Last year, he told me the stadium would become “Madison Square Garden in London” — referring to the New York arena that hosts sport and concerts.

Levy has secured deals to host American football’s top NFL teams, music gigs and major conferences. These plans are now on hold. The stadium’s only other use during the pandemic is to host doctors’ appointments and maternity clinics, helping to ease the strain on a nearby hospital.

Tottenham reckon they will suffer revenue losses of more than £200m due to the pandemic, from a mixture of lost ticketing income and rebates provided to broadcasters, which need to be compensated due to the lack of live action over recent months. That means less cash to repay the stadium’s enormous construction costs.

In June, the club obtained a £175m government-backed loan alongside other coronavirus-hit UK businesses. To head off possible criticism, they said taxpayer money would be used for “additional working capital” rather than funding multimillion-pound player transfers.

Across the Premier League, lost gate receipts will amount to up to £161m over the rest of this season, according to the consultancy KPMG. Smaller clubs below English football’s top tier say they could go bust if fans are not able to return soon. “In all my 20 years at the club, there have been many hurdles along the way but none of this magnitude,” Levy wrote on the club’s official website. “The Covid-19 pandemic has shown itself to be the most serious of them all.”

Marcus Rashford, one of United’s star strikers, once said the adrenalin rush provided by the crowd’s roar provides the boost needed to survive a physically gruelling season. But during pre-match warm ups, thumping dance music is the only sound reverberating around the empty stands. Its purpose was once to energise supporters. It has now become an effort to gee up the players.

They have received further assistance from the International Football Association Board, the body that governs the rules of the game, which has made a temporary amendment to its laws. Five substitutes can be introduced during a match, up from three. Drinks breaks take place midway through each half.

These new regulations may help with an unanticipated effect of games played “behind closed doors”. When Germany’s Bundesliga became the first big European league to resume in May, players reported being more exhausted than usual. Research into those games suggested the ball stayed “in play” for longer. Referees, facing less barracking from onlookers, blew their whistles less often for fouls. Fewer free kicks awarded also meant less time wasted by players rolling around feigning injury — and less time to catch their breath as well.

The absence of supporters is felt in less esoteric ways. At my designated desk, stationed the requisite two metres away from other masked reporters, I spot banners that have been draped across hoardings. Some have been left there by fans, denoting where they travelled from: “Cumbria Spurs”, “Punjabi Spurs”, “Shanghai Spurs”. The Premier League has long been a global enterprise but these supporters, wherever they come from, share a love of their club — and a hatred of north London rivals Arsenal.

The thud of the ball. The thwack of flesh as players collide. The hum of air-conditioning units — all can be heard with crystal clarity without the din created by a full stadium

Some will never return. Seconds before the game’s start, an announcer says there will be a “moment of appreciation” for those who have passed away during the pandemic. The portraits of fans who have succumbed to Covid-19 are scattered across the big screen. Players stand in a ring around the centre circle and lead a few seconds of applause. This ritual is often observed when a former player dies. It is touching that fans are being honoured in the same way.

Even for the millions who watch on television, an important aspect of the spectacle is the fervour of football crowds. For this reason, British television company Sky is working with Electronic Arts, makers of the FIFA football video game, to overlay match broadcasts with artificial crowd noise. The result is an uncanny valley. Home supporters are heard singing happily, even when they are losing. The roar following a goal arrives a split second too late.

Inside the ground, noises disorientate in a different way. The thud of the ball. The thwack of flesh as players collide. The hum of air-conditioning units. The whirring of a drone that films the game from overhead. All can be heard with crystal clarity without the din created by a full stadium.

It also turns out players scream at each other throughout a game. Nicknames echo across the pitch: “Sonny!” “Mags!” “Winksy!” The barked instructions are familiar to anyone who has witnessed amateur Sunday league football: “Switch it!” “Left shoulder!” “Ref, are you taking the piss?”

These novel sounds are distracting for a few minutes, but soon I’m mesmerised by the match itself, the skill of the players, their remarkable athleticism, the beautiful patterns they weave. In the first half, Spurs forward Steven Bergwijn bursts through United’s defence with sudden acceleration, unleashing a violent shot to open the scoring. “Now that’s a goal,” I shout to no one in particular.

Later, United’s midfielder Paul Pogba launches a long crossfield pass with such precision that the journalists around me emit a collective groan of appreciation. His teammate Bruno Fernandes equalises from the penalty spot. The game ends 1-1 and afterwards Fernandes is asked whether the spot kick was less nerve-racking without being heckled by thousands. “I like the pressure,” he says. “With the crowd, it would be better.”

The reporters remain at their desks, as post-match press conferences take place over Zoom. As we watch from laptops, United manager Ole Gunnar Solskjaer has to remind reporters to unmute their microphones.

Then Tottenham manager José Mourinho takes the stage. Tonight’s result helps little with his team’s aim of qualifying for next season’s Champions League, and Mourinho’s gripes are many. The referee made poor decisions. Spurs did not have good enough substitutes to call upon, an implicit criticism that the club should spend more to further stock an already talent-laden squad.

Mourinho even raises a well-worn conspiracy theory that tonight’s opponents are awarded more penalties than other sides, something he didn’t mention in his last job — as manager of Manchester United. These theatrics are familiar to the reporters watching on screens and the fans watching at home. The Premier League is back. So are Mourinho’s excuses. There is a reassurance in that. Some things in football will never change. 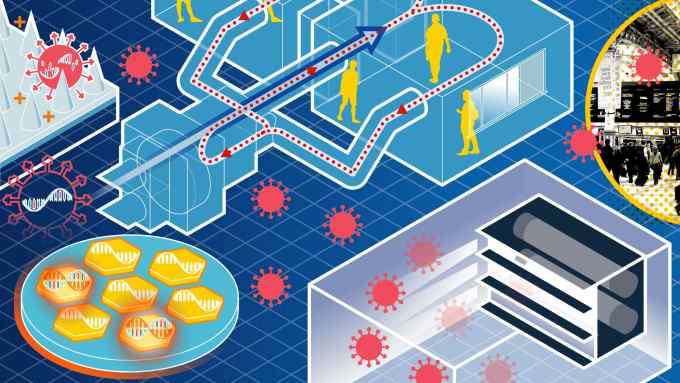