It is a country that is home to one of the world’s leading flying car companies, is backing plans for a hyperloop system that promises to transport humans in a superfast vacuum tube, and is helping test autonomous vehicles.

None of these things would seem out of place in California. Except we are 6,000 miles away from the western coast of the US in Slovakia, which is setting out its stall to become central Europe’s answer to Silicon Valley.

Unlike the electric helicopters envisaged by Uber or other players in the space who call their products “flying cars”, Aeromobil’s vehicle will both drive on the road and fly in the air. A pilot’s licence is needed to fly one.

“In cities there is a huge market, huge demand,” says Juraj Vaculik, chief executive and co-founder. “Moving transportation from two-dimensional space to three-dimensional space, this is the solution.”

Aeromobil is an unexpected innovation from the central European country, occasionally dubbed the “Detroit of Europe” for its fame as a low-cost manufacturing destination for carmakers.

Aeromobil began, as many start-ups do, in a garage. A prototype was unveiled in 2014. “We built the first prototype with a team of 12 people in 10 months,” says Mr Vaculik.

In April in Monaco it unveiled the first flying car it will sell to the public — a $1.3m petrol-powered vehicle that can travel up to 750km in the air, and drive at up to 99mph on the ground. Mr Vaculik says the car can fly the distance between London and Paris in an hour. “The first 500 of the vehicles will be on the market by 2020,” he says.

Getting the cars to market quickly is crucial as potential competitors have declared themselves. Airbus, Uber and a start-up backed by Google’s co-founder Larry Page are among a cluster of companies designing flying vehicles.

When we meet at the hangar on the outskirts of Bratislava, Mr Vaculik admits that Aeromobil considered moving to a different country to ramp up production — but decided to remain on its home turf.

“It is something we were discussing a few years ago, maybe if it made sense and would be easier to be based in Berlin or the UK,” he says.

“But,” he adds, “Slovakia is the right place to be to develop this vehicle, not only historically because it’s come from here, but also there’s a huge amount of aircraft development that’s taken place over the past few years here, and close to here.”

Aeromobil relies on the supply chains of both the car industry and the aerospace sectors and sees its current location — within 100km of most of its component suppliers — as ideal.

There are also 15 small airports close to Bratislava, which are essential for testing a vehicle that requires a runway to take off, as opposed to the vertical lift-off vehicles proposed by Uber.

The local workforce is also a factor, he says, with relatively high levels of skill and a “go-getting” attitude.

“A lot of the people we meet in Slovakia want to be engineers, they don’t want to be managers,” says Pete Rogers, European director at IT company Ness, which has established its base in the East of Slovakia.

The government, for its part, is keen to support tech innovators like Aeromobil.

“You may laugh,” says Slovakia’s finance minister Peter Kazimir, “but this is a vision of the future. We want to be involved.”

He told the Financial Times that the Slovak government has also signed a memorandum of understanding with Hyperloop Transportation Technologies to test the unproven technology — which could see pods travel at breakneck speed in a vacuum tube — in the country.

Slovakia wants to test whether a pipeline could be established with the Czech city of Brno and with Vienna, just over the border in Austria. In theory, a journey of around 100 miles could be travelled in a little over 10 minutes using the technology.

This pits Slovakia directly against the Middle East in the race to establish the first system, with the unrelated company Hyperloop One working on a rival link between Abu Dhabi and Dubai.

Mr Kazimir adds that the government is also working with counterparts in the Czech Republic to offer a place for companies wishing to test self-driving cars.

“We don’t want to be blind to this,” he adds. Mr Kazimir is conscious that single projects such as Hyperloop will not in themselves be enough to turn the region into Silicon Valley.

“Investors will not come just because of one company,” says Aeromobil’s Mr Vaculik. “It needs the critical mass that makes sense for them to start a business. But he hopes to create the beginning of an ecosystem.

“Once the successful entrepreneurs will have money, they will invest it into the new companies,” he says. “That is why we are also feeling, as a team, that it is our mission to promote the country.” 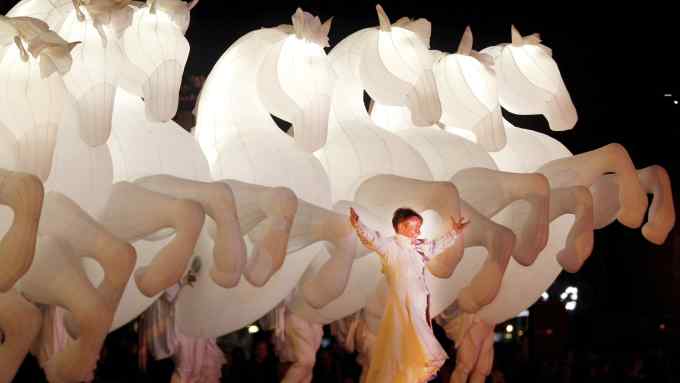