Spending on consultancy in the Gulf has slumped because of Covid-19, but heightened demand for advanced technology consultancy services prompted by the pandemic is expected partly to offset the downturn.

Revenue for all types of consultancy in the Gulf is forecast to fall 22 per cent this year to $2.6bn, according to Source Global Research, a UK-based adviser to professional services firms.

In the past few months, however, authorities in the United Arab Emirates have used technologies including artificial intelligence (AI), big data and internet-connected devices in response to the Covid-19 crisis.

The technologies, for example, are being used in testing for Covid-19, in tracking people infected with the virus and checking that residents are obeying lockdown rules.

The UAE government confirmed this month that cases of Covid-19 in the Emirates had increased to 13,599 and resulted in 119 deaths.

In March, a laboratory testing facility for Covid-19 was built in two weeks in Masdar City, Abu Dhabi’s sustainable city and business centre. The facility is among the largest of its kind in operation outside China, according to Group 42, a local software company supplying the lab’s technology.

The market for technology consultancy in the Gulf has been strong for much of the past decade, buoyed by government spending on online public services and “smart city” technologies. Masdar City is a notable example of the latter.

“If you look at the firms that are the most successful [in the Gulf], they’ve got very deep roots into the culture, the business environment, the government,” she adds. “They’ve been around for a long time and have built up strong relationships.”

Governments have worked closely with tech start-ups and consultancies. Many tech start-ups have been part of government-backed tech “accelerator programmes”.

Project management of large and complex digital schemes, such as provision of IT infrastructure for government services and broadband and smart city projects, have boosted demand for tech consultancy.

Some UAE smart city technology compares with “the best in the world, such as that in Singapore, Barcelona and Copenhagen”, says Hazem Galal, PwC’s Middle East partner, specialising in cities and local government.

Smart city technology previously used for traffic management and crime detection is helping to monitor the UAE’s lockdown to slow the spread of Covid-19.

Dubai’s police force uses an AI surveillance system — initially developed to cut crime and reduce deaths from traffic accidents — to check motorists’ licence plates against a database, in order to see if people leaving their homes during lockdown have a valid permit. The force has “smart” helmets fitted with heat sensors to check if residents display feverish Covid-19 symptoms.

UAE smart city infrastructure and investment in technologies, such as AI, data analytics and drones, have helped it respond quickly to Covid-19, says Mr Galal. Such technologies include digital apps for accessing public services and combining data sets to monitor residents’ energy consumption and travel patterns.

The UAE government is using internet-connected devices to check whether residents are observing “social distancing” rules. The technology locates people by pings from their mobile phone to nearby towers.

This is to determine what is available, which hospitals need it and when to order extra supplies, says Ms Bishr. The platform was designed by nybl through Dubai’s tech accelerator programme, she adds, as a result of which “today we are in a much better shape to manage our health supply”.

The UAE and Saudi Arabia are the largest and fastest-growing markets for technology consulting in the Gulf, says Kushal Shah, senior partner in the UAE office of Roland Berger. The consultancy is assisting one of the Gulf countries, which he declined to name, pick technologies that will help to “respond proactively” to Covid-19.

Condo Protego, a Dubai-based technology consultancy, is among those working in the smart city field. It advises UAE businesses and state organisations on projects such as how to build “command and control” centres to analyse increasing data generated by cities’ internet-connected sensors, CCTV cameras and social media.

Understanding the data can “ensure cities run smoothly”, says Savitha Bhaskar, Condo Protego’s chief operating officer. It is also helping companies in the Gulf adapt to social distancing rules during Covid-19, by advising them on technologies for remote working, including for cyber security.

Looking beyond the pandemic, technology is likely to be the main market for consultancy in the Gulf, says Ms Czerniawska. “I think there will be more investment in smart cities and [Gulf] clients will want to learn lessons from Covid-19.” 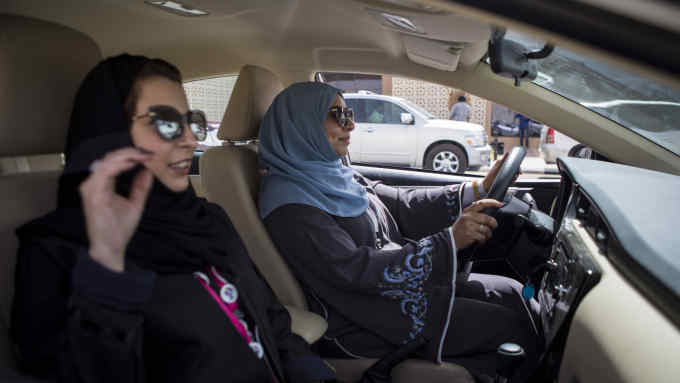