A year of transition: art fairs get experimental

After a compromised year, the experience of art fairs could change as organisers toy with the balance between physical and digital initiatives

The global art fair industry, wiped out for a year by the Covid-19 pandemic, is creeping back to real life. In April, Art Dubai became one of the first such events to happen, while this week, Frieze opens its doors again in New York (The Shed, May 5-9). Such gentle returns are an endorsement of the art market’s in-person gatherings and point to how the experience of art fairs could change even after a compromised year.

We are definitely not in Kansas any more. Gone are the days when tens of thousands of visitors fought to get into a fair’s VIP opening several times a year to snag their favourite artists from hundreds of gallery booths. In the case of Frieze, we are also not in a huge, temporary tent on Randall’s Island any more. Instead, the fair has a much smaller event in The Shed in Hudson Yards with 60 exhibitors, less than a third of those at its last outing in 2019. This time, all attendees need to adhere to strict health and safety protocols, including either having a negative PCR test or proof of full vaccination at least 14 days before the fair.

Travel is still restricted by quarantines, too, so nearly all exhibitors have spaces already in the US, giving the fair a local feel, particularly for those galleries down the road in Manhattan. Some are taking the opportunity to use the fair as a shop window for coinciding shows in their nearby spaces. Lehmann Maupin gallery will have what it is calling a “Frieze New York Annex” at its 22nd Street gallery, an expanded show of the artists it has at the fair: Hernan Bas, Gilbert & George and Dominic Chambers. “We thought it would be galvanising and more accessible for the public,” says gallery co-founder David Maupin. “Hopefully it will be a beautiful spring day and visitors can walk on the High Line and feel Chelsea coming back to life,” he adds.

While last year was something of a free-for-all online, this year twists back towards the main events and engagement with local communities. A few fairs have even launched during the pandemic, such as EX.Paris, a mixed-category replacement for the now defunct Paris Biennale, which will run in the Grand Palais Éphémère (November 27-December 5). “We are all living through screens and that is not interesting enough,” says the new fair’s founder Alexis Cassin.

Nobody expects a return to the old normal though. Most art fair organisers see 2021 as a “transition year”, with various experimental initiatives in place that toy with the balance between the physical and digital. Frieze has an extended Viewing Room online for more than a hundred additional galleries (until May 14) and has already held live performances by the poet and artist Precious Okoyomon for a limited number of in-person visitors, which have been packaged for online views and those visiting The Shed. The fair’s programme of talks has been pre-recorded on Zoom, while other panels will be screened live. Later in May, Art Basel has taken a punt on remote booths — for which dealers send their art but not their staff — for its Hong Kong fair (May 21-23). These account for 56 of its 104 exhibitors.

Fairs that have cancelled their standalone events but use their brands to galvanise coinciding real-life gallery exhibitions are also on the up. This month the London Original Print Fair, which usually runs as a full-scale fair at the Royal Academy of Arts, pools nearly 40 of its exhibitors in a dedicated week of shows (May 1-8). Galleries have proved resourceful under their own steam, too. A new peer-produced event, London Gallery Weekend runs June 4-6 and now boasts 130 participating contemporary art dealers. Online platforms accompany these events too.

Some fairs are joining forces this year — Art Central and Fine Art Asia join Art Basel in the Hong Kong Convention and Exhibition Centre — while the age-old barrier between galleries and auction houses has also come down. Christie’s hosted the 1-54 art fair for African art in Paris at the start of the year and does the same later in New York this season (May 17-23), though the bulk of the works will be shown online. “The pandemic gave me time to think and analyse the business model,” says Touria El Glaoui, founder-director of the 1-54 fairs. She says that she is still committed to the fair’s usual locations of London, New York and Marrakesh but that the successful tie-up with the auction house may lead to opportunistic showings elsewhere.

Other boundaries are blurring. Frieze has even become a multi-space gallery through its purchase of a building on London’s Cork Street, a move that potentially diversifies the art fair group away from mass events longer term. There is also a growing acknowledgment that without the galleries, art fairs wouldn’t exist — a balance that had perhaps tipped too far the other way in pre-Covid times. At Art Dubai, chief executive Ben Floyd abandoned the usual upfront fees for overstretched exhibitors and instead took a cut of gallery sales during the fair, up to the cost of the booth. He confirms that 90 per cent of fees were covered by the close of the fair in early April. Visitors are also being taken into consideration — Art Central is not charging for its Hong Kong event this year.

The return to physical viewing is warming for many in the art world and, for art fair organisers, vital to business. While online showings reach a much wider audience, organisers admit that more sales are made per visitor at real-life events. But together, it seems, they could be stronger. Hopefully quarantines and PCR-tests are not here to stay, but other Covid-accelerated changes will stick around. Floyd confirms that the new payment structure at Art Dubai was conceived as a one-off but “elements of the model” could be retained.

Improvements to online viewing can also be expected throughout, as art fair organisers begin to invest seriously in the higher technology out there. Rebecca Ann Siegel, Frieze’s director of Americas and content, says that there is palpable excitement this week, and not just on the streets of New York: “There are lots of ways to explore art right now and the hope is that as many of them as possible can survive the moment.” 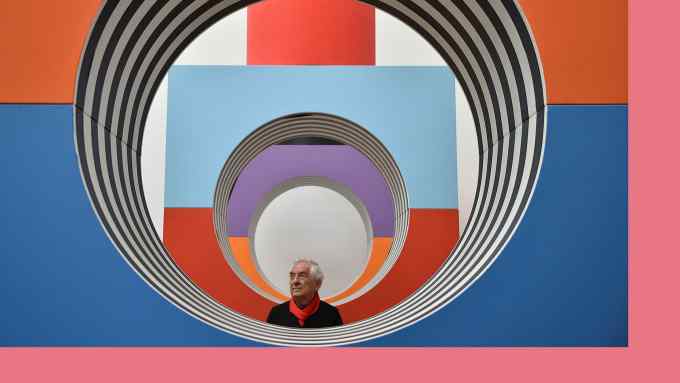