Lower bond yields are no longer good news for stocks

Can too much of a good thing complicate the orderly exit from loose monetary policies?
Mohamed El-Erian

The writer is president of Queens’ College, Cambridge and an adviser to Allianz and Gramercy

The sharp drop in yields on US government bonds seen last week is good news for stock investors, or so you would think given recent experience.

But that was not the feeling in markets on Thursday with a broad-based sell-off in equities, leading more people to start asking the key question of whether we could be having too much of a good thing — that is, interest rates that are artificially very low for too long. The question becomes even more important as investors get ready to digest this week news on inflation and US Federal Reserve policy.

Ten-year Treasury yields plummeted from around 1.70 per cent at the end of the first quarter to 1.25 per cent during Thursday’s trading session before recovering somewhat on Friday. Three main explanations have been suggested for this counter-intuitive move given higher growth and inflation outcomes.

The most worrisome is that the markets are pricing a significant deterioration in growth prospects due to less strong data in China and the US, and concerns about the spread of the Covid Delta variant in Europe and much of the developing world. Yet it is hard to argue that these headwinds to the global recovery warrant such a move down in yields, let alone the very low levels of both nominal and real rates.

The second is policy related, centred on the European Central Bank’s signal of a somewhat more dovish policy stance. Again, it is hard to argue consistency with the extent of the move. Also, the ECB announcement coincided with the release of Fed minutes that confirm a slightly less dovish tilt there.

The third, technicals-based explanation for the move down in yields seems more convincing. The more yields fall in such a counter-intuitive mode, the greater the pressure on those brave souls that were still betting bond prices would drop, or who were underweighting their benchmark indices. There might also have been belated buying from pension funds that have given up on waiting for better entry points to buy assets to match liabilities. Indeed, the abrupt nature of last week’s market moves were consistent with “capitulation trades” — as in, “I don’t care about the levels, just get it done”.

For a while now, stocks investors have embraced unnaturally low yields, the centrepiece of central banks’ prolonged reliance on unconventional policies. They reduce the debt burden of companies, allow for very easy debt refinancing and open up all sorts of possibilities for mergers and acquisitions as well as initial public offerings. They also facilitates good old-fashioned financial engineering that alters capital structure in favour of shareholders relative to creditors. 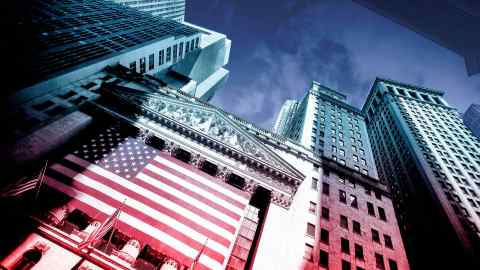 So what follows the markets’ sudden bout of indigestion? The most likely answer is a short-term rebound driven by three behavioural themes that have deeply conditioned investors: TINA, or there is no alternative to stocks with yields so very low; BTD, buy the dip as the liquidity wave continues; and FOMO, fear of missing out on yet another move up in stocks.

While the most probable outcome in the short-term, this should not preclude forward-looking analyses of two associated risks. The first relates to so-called “de-grossing” — that is, simultaneous reductions in risk-taking positions led by those have bet on an improving economy with the “reflation trade”. That would involve cutting overweight positions in risky stocks and underweight exposures in risk-free government bonds, the result of which would be adverse contagion for a bigger set of financial assets.

The other, more worrisome possible future extension of recent events is that the economy and the financial system may have already experienced too much of a good thing.

With the Fed already behind on inflation and with supply side problems proving more persistent, there is growing concern that the more the central bank waits to taper its $120bn of monthly bond purchases the more likely it will be forced into slamming the policy brakes on at some point. In the meantime, speculative excesses would have built up further, more resources would have been misallocated across the economy, and more unsustainable debt would have been incurred.

What is clear to me is that we are moving irresistibly closer to a critical question for the economy and markets, and not just in the US: is there still the possibility of an orderly exit from what has been a remarkably long period of uber-loose monetary policies?