Commissioner says SEC should ‘gamify our communications with investors’

A senior US financial regulator has spoken out against attempts by her colleagues to regulate cryptocurrencies more strictly, warning that doing so runs the risk of discouraging investors.

Hester Peirce, one of two Republicans among the five commissioners at the Securities and Exchange Commission, told the Financial Times she was worried about the push by several US regulators to play a more active role in the $1.5tn cryptocurrency market.

Her comments expose a split at the top of the SEC just as Gary Gensler, its chair, spearheads an effort to bring the fast-growing cryptocurrency market more in line with other types of financial assets.

“I am concerned that the initial reaction of a regulator is always to say ‘I want to grab hold of this and make it like the markets I already regulate’,” Peirce said in an interview. “I am not sure that’s going to be great for innovation.”

Peirce previously researched financial regulation at the Mercatus Center, a free-market think-tank, and had worked as a lawyer on the SEC staff. She joined the SEC in 2018 after being appointed by former president Donald Trump.

Trump cast doubt on bitcoin in an interview on Monday. “My opinion is . . . the currency of this world should be the dollar,” he told Fox Business Network. “And I don’t think we should have all of the bitcoins of the world out there. I think they should regulate them very, very high.”

US regulators have become increasingly concerned about cryptocurrencies after wild swings in some of the world’s most commonly traded digital assets. This year bitcoin has soared from just under $30,000 to over $60,000, before crashing back to about $33,000, prompting senior government officials to call for greater investor protections.

The Treasury department announced last month it would require cryptocurrency transfers worth $10,000 or more to be reported to the US tax authorities. Officials from the country’s three leading federal bank regulators — the Comptroller of the Currency, the Federal Reserve and the Federal Deposit Insurance Corporation — have begun discussing how best to regulate the market.

Members of the Senate banking committee will meet on Wednesday to discuss the potential merits of a digital currency backed by the Fed, which some hope will provide more stability to the market.

Gensler is pushing to update America’s rules on investing in cryptocurrencies.

He told members of Congress last month there were “gaps” in the regulatory system and called for laws to clarify which regulator should oversee crypto exchanges in particular. He added that he wanted to provide crypto investors with similar protections to those they would have at the New York Stock Exchange or Nasdaq.

Peirce’s comments suggest that Gensler will encounter pushback from inside his own agency as he pursues his agenda.

Asked about Gensler’s comments on crypto exchanges, she said: “I am concerned about trying to make it harder for people to do truly peer-to-peer transactions . . . I think regulation doesn’t all have to happen at government-level. You can have pretty effective self-regulation.” 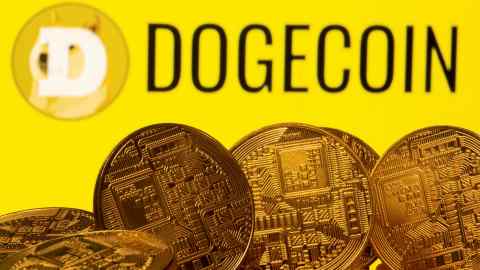 She added that her worries applied to attempts to enforce stricter rules for retail stock trading platforms as well.

Online trading apps such as Robinhood have come under scrutiny following the market turbulence unleashed this year, when an army of retail traders used them to drive up the share price of the games retailer GameStop.

US officials have raised questions about how such platforms encourage heavy trading with game-like features such as competitions, rewards and leader boards. But Peirce said all these were useful tools to encourage more people to invest in capital markets.

“Gamification is not necessarily a bad thing; making financial platforms more user-friendly is not a bad thing,” she said. “Platforms like this should look like the other platforms in people’s lives.”

She added that one way to help educate users about the risks of such trading would be to make the SEC’s own messages more like games.

“We need to gamify our communications with investors,” she said. “We need to meet them where they are.”