Canadian immigration consultant Blake Sieders is used to handling clients’ private, personal details. “People reach out to you via social channels or by email,” he says. “My email inbox is filled with details of people’s passports and marriage certificates, and very sensitive information.”

Worried about the privacy risk, he wanted a way for people to access legal information online while protecting their details. Sophisticated legal tech tools exist to protect privacy once people become clients, but that is not when people tend to start their inquiries, he says. “When someone has a legal issue, what do they do? They go to Google.”

However, they often fail to use privacy settings and instead offer personal data in exchange for free information, he says.

In a bid to rectify this flaw, Mr Sieders designed Verity with the help of his team in the FT’s legal hackathon in May. Consumers can use the web app to search for legal information and receive vetted results based on their location and the problem they describe. “It’s kind of a wrapper on Google. It’s protecting their privacy but also giving them very relevant results.”

The Verity project was one of several in the hackathon in which teams worked on ways to narrow the “justice gap”. In the US, for example, state studies estimate 80 per cent of civil legal needs are not being met. The demand for legal services has been exacerbated by Covid-19, including for domestic violence during lockdowns.

For Mr Sieders, based in Vancouver, the hackathon was an opportunity to work with legal experts from Europe and the US to obtain feedback on his idea and develop the project.

“I really needed help from the legal side,” he says, but “it can be a challenge to break into the law crowd”. Initially, he gathered a team of 20, but numbers shrank to six as the demands of the project grew more intense.

In her experience working in the legal sector, Raluca Sterian, a trainee solicitor at law firm Colman Coyle in London, had seen a different side of the access to justice problem: the high costs that prevent people accessing courts. “They either can’t afford to pay high fees charged by solicitors and barristers, or they cannot attend the hearings themselves given the time and expense associated with travel to court,” she says.

Holding trials and hearings online — as courts have been forced to do during the pandemic — is a way to address this, says Ms Sterian.

Anyone can log in from around the world to a virtual court by mobile or laptop. Yet the video conferencing platforms many are using, such as Zoom or Skype, are not adequate to the task, she argues. Drawing on feedback from legal sector practitioners, Ms Sterian and her two fellow hackathon team members designed JusticiAll, a platform tailored to the legal sector.

One problem with existing media platforms, she says is that the counsel “couldn’t communicate separately with the solicitor and had to rely instead on WhatsApp, which wasn’t ideal,” says Ms Sterian. The team designed an integrated communications function.

Another proposal is virtual backgrounds that would replicate the visuals of a court: “The judge would have a video icon where he can see the claimant’s counsel, an icon to see the defendant’s counsel. Then a shared screen so they can see the documents being referred to,” says Ms Sterian.

Secure encryption was also a priority, because of the security concerns around video platforms — so JusticiAll’s design has adopted a mobile banking-style model to provide secure access, with security codes and mobile verification.

Ms Sterian is in London, but her hackathon teammates — a lawyer and a legal manager — are based in Lebanon and India, enabling them to share experiences of different legal systems. The downside was organising video meetings across time zones.

They are now in discussions with investors and applying for other funding in order to progress to the development stage.

Many of the teams taking part in the hackathon have used online tools to collate existing legal information in a user-friendly and accessible way for consumers.

Through volunteering at a legal service in Melbourne, law student Gabriella Lauricella noted the obstacles facing children and young people in finding legal information about problems ranging from mental and physical violence and child abuse to online relationships.

“There are many excellent legal services for young people all around Australia,” says Ms Lauricella, but she wanted to create a new online search platform that would be both relevant and have all the information in one place.

Realising that demand for such legal services would increase during the lockdown, the hackathon seemed like a good time to act.

“If you’re inside all day dealing with violent people it can be quite isolating,” she says. With her team of two fellow students from the Australian Catholic University, Ms Lauricella collated legal information from Australia’s states and territories and put it on to the website.

While the project started out as a way to gain experience during their studies, The Young People’s Online Advocate became more than that for the team.

“Young people are exposed to a lot of misleading information and material,” says Ms Lauricella. She and her two peers hope their plans for a service that “would be trustworthy and reliable” will become more official. 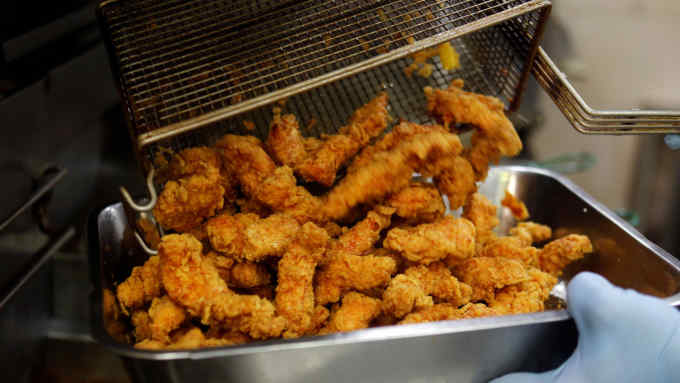