Mary Muthengi is preparing to host her extended family for Christmas. She has four siblings and her husband has three. Together they also have three children.

“There will be so many people, we’ll even sleep on mattresses on the floor,” she said at her new nine-room home in Machakos County, 40 miles south-east of the Kenyan capital Nairobi. “There will be new shoes, new clothes, goat and chicken to eat. The children are so very excited.”

Mrs Muthengi, who is 32, will be hosting Christmas this year for the first time thanks to a housing loan from KWFT, a Kenyan microfinance bank. With the support of international housing charity Habitat for Humanity, the bank is revolutionising the way women on low incomes can access funds to build and improve their homes in rural areas of the country.

Founded in 1981, KWFT initially focused on women, to give access to banking services they were excluded from. Over time it found women to be extremely reliable customers.

Kenya has a population of around 50m but, according to the central bank, fewer than 30,000 mortgage accounts. Informal land ownership, particularly in rural communities, means lenders cannot use property as security, and prospective borrowers, like Mrs Muthengi, usually have few other assets to use as collateral.

In response KWFT has taken a different approach to lending. The bank saw that women were often using its small business loans to build or repair their houses. So while women could not afford to buy homes, they could afford to build them, slowly, if they had access to credit.

Habitat for Humanity, the FT’s Seasonal Appeal partner, provided research and training to help develop a new type of loan called “Nyumba Smart” — meaning beautiful home — through a $6.6m project implemented together with the Mastercard Foundation.

“Housing is something we were always going to be ultimately involved with, but Habitat was a very important catalyst to make sure we have the right product,” Mwangi Githaiga, managing director, said in an interview at the KWFT headquarters in Nairobi.

The loans, launched in December 2014, provide women with up to Ks1m ($10,000), repayable over a maximum of three years, for the construction of all or part of a house.

Mrs Muthengi, who earns about $40 a day trading second-hand clothes, borrowed Ks100,000 — about $1,000 — earlier this year to complete the construction of her home. It is the first time she and her family have lived in a house they own.

“I have dreamt about having a home, but not a home like this,” she said of the unfinished building, which has a dazzling blue tin roof.

To avoid issues of limited collateral, women like Mrs Muthengi, who have an income but no assets, are organised into groups that function as unique borrowing associations. When a woman wants to borrow funds for her home, affordability is assessed by the KWFT loan officer, but the decision is taken by the group. If the borrower fails to keep up with repayments, all other lending to the group ceases until the shortfall is met, often by the other members.

“We use social collateral rather than hard collateral,” Mr Githaiga said. “Because we are village-based we know our customers [ . . .] and other women are willing to say, ‘give her the money and if she doesn’t pay we will take responsibility’.”

On a bright November morning in the village of Kyangala, 10 miles south-east of Machakos town, a group is deciding whether to lend Ks200,000 to Wayua Redemter Kisilu, so she can put a roof on her half-built home. Mrs Kisilu is sent to the shade of a nearby tree as the group confers. Heated discussion ensues: Mrs Kisilu has not been active in the group, often missing meetings. They decide to approve the loan only if she agrees to attend more regularly.

KWFT has 245 branch offices in 45 of Kenya’s 47 counties, and has developed deep networks in the communities it serves, building client relationships based on mutual trust and understanding.

The unique community-based banking model has been extremely successful. When KWFT and Habitat embarked on the project five years ago, the target was 17,000 loans. Today the initiative — which is also active in Uganda via Centenary Bank — has issued more than 60,000, mobilising in excess of $60m and helping at least 300,000 households. On average KWFT makes 1,600 Nyumba Smart loans a month.

“We have surpassed our target and our expectations completely,” said Kevin Chetty, a director at Habitat who helped to develop the product. “Not only are you providing shelter, not only are you changing lives of households and children, but you are also shaping financial inclusion.”

The Kiani women’s group is one of KWFT’s longest-running borrowing circles. Its chair is Monicah Mbeke Mbuvi, a formidable 67-year-old former teacher-turned-small-town-business-mogul. Founded in 2009, her group has 36 women each with a variety of housing, business and appliance loans — KWFT also provides borrowing facilities for household items such as solar panels and clean energy cooking stoves.

Mrs Mbuvi’s blue and white home is lined with trees, perched on a plot of land high above the village. Since Nyumba Smart was launched, she has borrowed Ks320,000 (about $3,100) in four different loans, paying them off each time. She is about to request Ks150,000 to construct gates at her entrance.

“I used to fear taking loans as I heard people saying that if you borrowed money you could lose everything,” Mrs Mbuvi said.

Explore the series
READ MOREFT Appeal for Habitat for Humanity
Home: the global search for a decent place to live 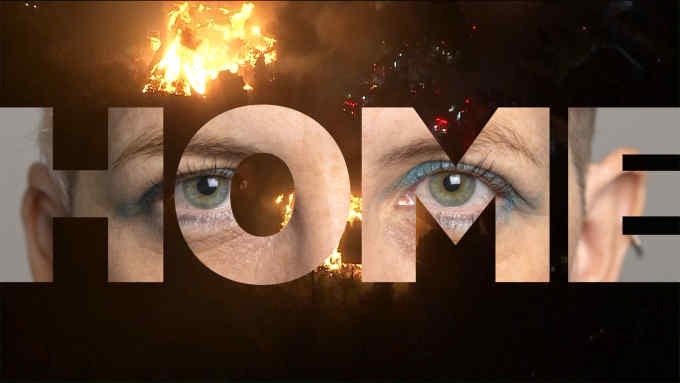