India’s Covid wards are like scenes from Dante’s ‘Inferno’

The writer is a consultant physician and researcher in Mumbai

The happiest I have been since the pandemic began was at 8am on the 20th of January this year. Entering the Covid-19 ward of one of the three hospitals I work at in Mumbai, I went through the all too grimly familiar routine of donning PPE to start my rounds, only to be told by the nurse in charge that we had no new Covid admissions that day. After the relentless battering of the previous 245 days it was a moment of rare bliss. We shared the smile of co-conspirators, jubilant that fresh daily cases were under 15,000 across India, in keeping with the continuing decline we were ticking off ourselves at our hospital.

But our joy was short lived: April was truly the cruellest month. Admissions began to inch relentlessly higher, until on April 26 India set a global record of 352,991 cases a day. Ward rounds are now scenes from Dante’s “Inferno”. Row upon row of patients waging a desperate struggle to breathe, their cries for help often falling on deaf ears as overworked medical staff struggle just to keep going.

Essential drugs are not in stock and, most frightening of all, oxygen, that very essence of life, is in short supply. It is rationed at all hospitals and so scarce in some that patients are dying when it runs out. Oxygen cylinders are sold at black market rates (50,000 rupees [$670] for a cylinder costing 6,000 rupees) as desperate patients, realising it is futile to even contemplate getting a hospital bed, prepare for the worst and stock up at home.

The Weekend Essay
The unmaking of India 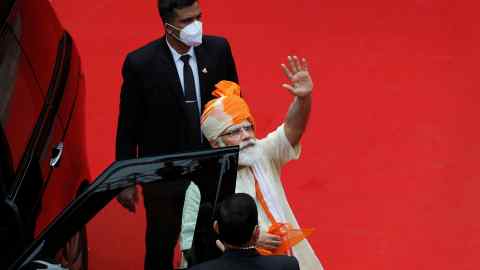 How did it all go so horribly wrong in three short months? Just in January the health minister crowed that “India has flattened the Covid graph” — words exposed as mere self-assured hubris as the Sars-Cov-2 virus grips this country of 1.4bn in a stranglehold. Instead of using the space January provided to ramp up vaccine supply, ensure oxygen plants increased production and reinforce the importance of social distancing and masking, we allowed massive election rallies to continue in five states and the Kumbh Mela saw 3.5m pilgrims pack the banks of the Ganges. Religious sentiments, political machinations and nepotism often trump public health principles and common sense in India.

The virus was forgotten for we had already declared ourselves the victors. And then the second wave struck, as any thinking person knew it would, and struck with the ferocity of a tidal wave, making the events of 2020 seem like a ripple in a bathtub. There seems little doubt that this wave is caused by a variant, probably the now dreaded Indian B.1.617 with two mutations — the E484Q and L452R. The spectre of global spread of this variant has led countries to race to close their borders to India. As a physician I can vouch that this strain seems far more infectious, is probably more lethal, and seems to affect the young more frequently than the initial wave. Younger patients between the ages of 26 and 44 now account for about 40 per cent of all cases and almost 10 per cent of deaths.

The vaccine saga has been a scandal all of its own. Instead of wooing every credible manufacturer to stockpile the 1.7bn doses India would need, we basked in our “vaccine superpower” status. The government got its basic maths hopelessly wrong: by March, India was supplying vaccines to 74 nations and exporting far more doses than it had used to inoculate its own citizens. Initial vaccine hesitancy has now given way to vaccine desperation with densely packed crowds clamouring to get a precious dose only to find that most centres in Mumbai have no stock left. With only around 5 per cent of India’s vast population vaccinated, herd immunity (70 per cent vaccinated) is more than 700 days away.

And so, sadly, India has emerged as the epicentre of the global pandemic, a country brought to its knees by a tiny virus barely 100 nanometres in diameter. And we are paying the price of our complacency, mute spectators to this danse macabre. What the virus has also exposed is that the roots of our problem are systemic and lie even deeper — in the chronic under-investment and neglect of public health in this country. India has one of the lowest public healthcare budgets globally, with the public healthcare system receiving only 1.26 per cent of the total GDP. This pandemic has cruelly exposed our weakest links — badly equipped and understaffed public hospitals and chronic shortages of beds. That coupled with leadership that lacked vision and foresight may just change the map of India forever. 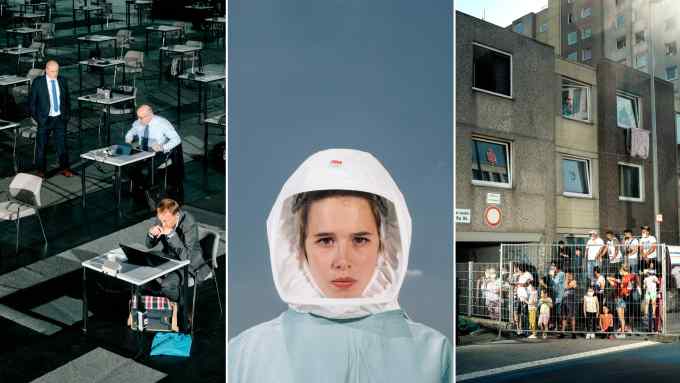