Many central European cities are vying to lure coders and entrepreneurs

Poland is not alone in harbouring such ambitions. Many central European cities are vying to lure coders and entrepreneurs in the hope of establishing themselves as hubs for the financial services of tomorrow.

Warsaw, at the heart of the region’s most populous country, has a better chance than most. The Polish government has prioritised the fostering of fintech companies and Warsaw benefits from a banking sector that is not just the biggest in the region, but among the most innovative.

Poland’s lenders were largely built from scratch after the collapse of Communism and are far less burdened by outdated technology than their peers in western Europe. The likes of mBank and Alior are often cited as among Europe’s most avant-garde lenders. BLIK, Poland’s most popular mobile payment service, was created not by a start-up, but by a consortium of the country’s six biggest banks.

“In eastern Europe, and most of all in Poland, the sector was built as brand new 10 or 15 years ago, and they designed things from first principles,” says Tomasz Czechowicz, chief executive of MCI, a private equity group that invests in the region. “The knowledge of technology inside banks in Poland is very good.”

When I left the banking sector to go and work in bitcoin, I was considered rather adventurous. But now both investors and corporate players are paying more and more attention

Local companies still see room for improvement, citing recently introduced taxes to make life harder for start-ups. The Polish finance ministry and financial regulator are working on ways of exempting fintech companies from some of the rules applied to established financial institutions, but they have yet to introduce such a framework.

“Polish fintech needs a regulatory sandbox,” says Kinga Stanisławska, founder of Experior Venture Fund. “This is the thing that we are most missing here for the sector to boom.”

Tallinn, capital of Estonia, also has advantages. Since it gained its independence in 1991, the tiny Baltic state has turned itself into one of the most tech-savvy, digitally focused governments in Europe. Free public wifi is available across the country and businesses can be registered in less than 20 minutes.

“Estonia is clearly the leader in terms of e-technology, e-finance and e-regulation,” says Ms Stanisławska.

The country’s small size, however, means that entrepreneurs are often tempted to head elsewhere in search of funds. Skype is headquartered in Luxembourg and TransferWise was founded in London.

Estonia’s government is doing what it can to lure talent from abroad. In 2014, it set up an “e-residency” programme that lets entrepreneurs anywhere in the world register a company in Estonia, carry out banking transactions, declare taxes and sign documents online.

In the Czech Republic, Prague also has a growing fintech scene, particularly in the esoteric world of blockchain-related technologies. “There’s increasing interest among hubs, co-working spaces and incubators that are starting to focus on blockchain technology and cryptocurrencies,” says Alena Vranova, who co-founded SatoshiLabs, the company behind Trezor, the first hardware bitcoin wallet.

“When I left the banking sector to go and work in bitcoin, I was considered rather adventurous. But now both investors and corporate players are paying more and more attention.”

The city’s banking sector is second only to that of Poland’s capital in terms of assets in central Europe. Zuzana Nehajova, head of EY’s innovation centre in Prague, says a business-friendly environment, a high share of ICT specialists among the workforce and the Czech Republic’s “strategic position in the heart of Europe” also count in the city’s favour.

Yet, although it has three times the population of Tallinn, Prague lacks a big domestic market. Many observers think Warsaw is the best place for a fintech hub. But Anna Sieńko, CEE Technology leader at PwC, says she does not expect a single city to dominate.

“Maybe because we have many different languages in central Europe, people tend to stay in their countries and try to build something there first,” she says. “I think there will be room for more than one hub.” 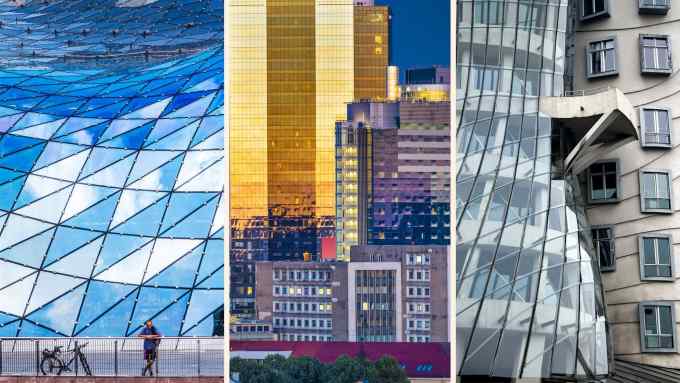