Germany to back EU-wide target for net zero emissions

Rochelle Toplensky in Brussels and Leslie Hook in London

Germany has thrown its weight behind an EU-wide target to cut net carbon dioxide emissions to zero by 2050, according to a leaked document seen by the Financial Times. Berlin’s backing increases the likelihood that national leaders will agree to an EU-wide 2050 goal at a gathering in Brussels this week.

A lack of German support had been a sticking point for the adoption of tougher EU emissions target which eight member states — Belgium, Denmark, France, Luxembourg, the Netherlands, Portugal, Spain and Sweden — committed to in May. There were signs that Chancellor Angela Merkel was preparing to shift her position after she endorsed a German carbon-neutral target last month.

An EU-wide agreement would give the bloc a concrete commitment to take to the UN climate conference in September, strengthening its claim to be a leader on the issue and increasing pressure on China and other countries to do more.

It also underlines how the need to reduce emissions to combat climate change has moved up the political agenda. The US decision to withdraw from the Paris climate accord — which aims to limit warming to well below 2C — has increased the pressure on the EU to lead global efforts.

This month the UK became the first major economy to legislate for a net zero emissions 2050 target, with France expected to follow suit this year.

The warnings of the last UN Intergovernmental Panel on Climate Change report and this year’s youth marches for climate action have also helped to shift public opinion, culminating in a strong showing for the Greens in the European elections last month.

Miguel Arias Cañete, EU climate commissioner, welcomed Ms Merkel’s support for the 2050 target. “It is very much needed and hopefully it will now translate into an ambitious deal next week. Let’s get it done,” he told the Financial Times. 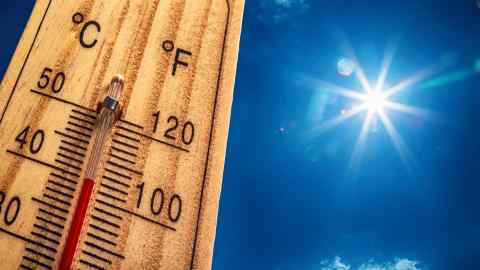 The bloc-wide target will be on the agenda of EU leaders at a two-day summit starting on Thursday. Its conclusions could include a commitment to climate neutrality by 2050.

Sixteen EU member states have signed up to the net zero ambition, although Germany had refused to commit. German diplomats declined to say why Berlin had decided to endorse the plan now.

While bringing Germany on board is vital, Poland, Bulgaria and Hungary have opposed the 2050 target on economic and social grounds. However, they could be persuaded to support the plan if there were sufficient funding to ease the transition, according to EU officials.

Poland, which draws close to 80 per cent of its electricity from coal, would be hit hard by a net zero target. Funding from the EU could help by paying for retraining or unemployment benefits for workers in fossil fuel industries.

EU carbon emissions fell 22 per cent between 1990-2017 as its economy grew 57 per cent. However, while the bloc is on track to reach its 2030 goal to reduce emissions by 40 per cent compared with 1990 levels, that will not be enough to meet the targets of the Paris climate accord.

Although almost all the countries in the world signed the Paris deal, their pledges have so far been insufficient, with global carbon dioxide emissions hitting a record high last year. The latest IPCC report highlighted that cutting carbon emissions to net zero by 2050 was crucial if global warming is to be restricted to 1.5C.

Sebastian Mang, Greenpeace EU climate policy adviser, said the net-zero by 2050 target was a “no-brainer”, adding that European leaders must also raise their 2030 ambitions. “If they do not, Europe could go empty-handed to a crucial UN climate summit in September. That would be hugely irresponsible behaviour from supposed climate leaders.”

Achieving net zero means cutting emissions to almost zero, and offsetting any remaining emissions with projects that can absorb carbon dioxide, such as planting trees.