Is digitisation the fourth stage of the hydrocarbon revolution?

The use of technology has helped ensure the profitability of the oil and gas industry despite a 50 per cent fall in prices in five years.

Unmanned rigs are now commonplace, complex operations are monitored from a single control room, leaks and emissions of greenhouse gases can be identified by drones and satellites, removing much of the need for direct human inspection. Numerous technologies are being applied in ways that can reduce cost and improve productivity.

The key question, however, is whether the digital revolution can answer the sector’s biggest challenge: how to secure future production. Oil demand is not falling. There may be 7m electric vehicles on the world’s roads but there are also 1.2bn vehicles with internal combustion engines.

The latest estimate from the US Energy Information Administration predicts that by 2050 the number of internal combustion engines will be 2.4bn. Freight and aircraft will continue to be powered by jet fuel for the foreseeable future.

Substitutes are possible but not yet commercial. Oil demand may plateau but is unlikely to collapse. By mid century, says the EIA, global oil demand could still be 100m barrels per day, even with efficiency gains and green policies.

There is no physical shortage of oil but access to the resources remains constrained by politics. The areas that hold the most substantial resources, such as Venezuela, Iran, Saudi Arabia and Libya, remain inaccessible to international investment for different reasons.

Areas such as the Arctic are effectively closed to western companies that value their environmental reputation. The medium and long-term challenge of access is a driving concern for companies that need to replace the 2m, 3m or even 4m barrels a day they currently produce.

One answer must be for companies to make the most of assets they already hold. Across the world the typical recovery rate from a conventional oil or gasfield is only 35 per cent.

Even after decades of production giant fields such as Prudhoe Bay in Alaska or Ghawar in Saudi Arabia still contain billions of barrels of oil. Recovery rates have slowly risen and provinces such as the North Sea, originally expected to close at the end of the last century, continue to produce oil and gas. In Norway recovery rates are typically 50 per cent — well above the world average but still leaving half the resource base undeveloped.

The point at which recovery becomes uneconomic, ie when the cost of enhanced recovery is greater than the value of the oil, is a serious constraint.

Equally the possibility of recovering extra oil while all the infrastructure is in place is a substantial opportunity that attracts new investors willing to bet on emerging technologies.

Oil and gas are not about to become dot.com businesses. Oil and gas 4.0 is really better described as oil and gas 1.4.

The operations of oil and gas companies continue to be based on physical extraction and processing that use techniques such as drilling and refining that have been unchanged since the 19th century.

All these processes can be made efficient and cheaper by clever use of technologies. Before these can add real value, however, the companies need the resource base to which they can be applied.

As David Eyton, BP’s head of technology, puts it: “We have probably reached the point where the potential for enhanced recovery from known hydrocarbon resources exceeds the potential from new discoveries.” 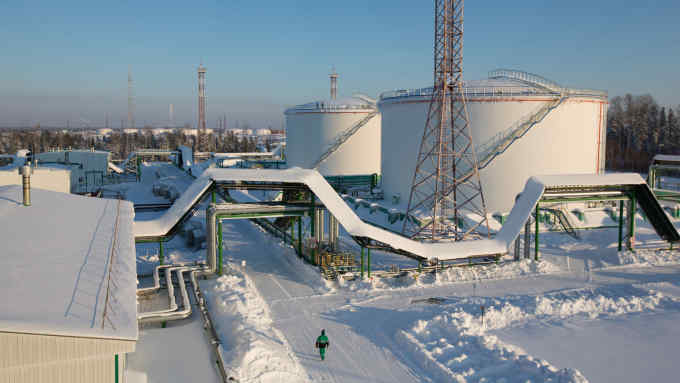