The British Business Bank, the national development bank, ramped up funding for start-ups and smaller companies by more than a quarter to £6.6bn in 2018-19 as it prepares to help cover the withdrawal of EU money after Brexit.

Keith Morgan, chief executive of the BBB, told the Financial Times that he would speak to the government about securing extra capital for the bank to cover gaps left by the absence of EU development funds after the UK departs the bloc.

He also said the state-owned bank stood ready to provide increased support to British companies should there be an economic downturn.

EU regional development funds have been an important source of finance for companies in the north of England and the Midlands, but the BBB has witnessed a reduction since Britain voted to leave the bloc in 2016.

Mr Morgan highlighted how chancellor Philip Hammond’s last Budget injected a further £200m into the BBB “to make allowance for that there is less activity in European investment funding in the marketplace”.

“That is just a one-year allowance so we are interested to find out what the government wants to do beyond that,” he said. “We believe there are market gaps that we could fill that require extra funding.”

The BBB was set up in 2014 by Vince Cable, then business secretary, to support UK businesses by providing money through commercial lenders and fund managers to smaller companies and start-ups that can struggle to obtain financing.

The bank has emerged as one of the largest UK investors in venture capital funds. Through these funds, BBB has backed so-called unicorn companies valued at more than $1bn such as Revolut, Graphcore, TransferWise and Improbable.

In its annual report published on Wednesday, the BBB said it had supported more than 89,000 businesses with £6.6bn of finance in 2018-19, up 27 per cent compared with the previous year. This £6.6bn includes its own funds, as well as partners’ capital.

Almost half of the £6.6bn involved providing capital to lenders that in turn issued loans to companies, a third consisted of equity placed with venture capital funds, and the remainder focused on the BBB guaranteeing borrowing by businesses.

The BBB works with the government to support its policies — for example, in 2018-19 it provided guarantees of up to £1bn for commercial banks to support lending to smaller housebuilders.

It is channelling much of its investments in venture capital funds through British Patient Capital, a subsidiary of the bank established last year that supports high growth UK businesses through such vehicles.

Mr Morgan said that the long-term aim for BPC was to create a valuable portfolio of fund investments which could then be “transferred” to the private sector — possibly through a stock market flotation.

Meanwhile, with some economists warning that UK economic expansion may have ground to a halt in the three months to the end of June, Mr Morgan said there was “more uncertainty now than there has been for a long time”, pointing to waning small business confidence over the past few quarters.

“It’s driven by a number of different factors. It includes the range of economic pressures and of course increased uncertainty because of Brexit,” he added.

Mr Morgan said the BBB would support companies “when the economy is going through any type of downturn”, such as by offering guarantees to banks that would allow them to continue to invest in small businesses.

Flora Hamilton, financial services director at the CBI, said the BBB was “playing a critical role in supporting the development of regional equity markets, long held to be a missing link in the UK’s growth finance landscape as businesses make the leap from start-up to scale-up”.

She added the bank’s work was set to “become even more important in supporting the UK’s fast growing and innovative firms to secure the external finance they need, as European regional funds are withdrawn”.

Adam Marshall, director-general of the British Chambers of Commerce, called on the government led by Prime Minister Theresa May’s successor to continue to support the BBB. 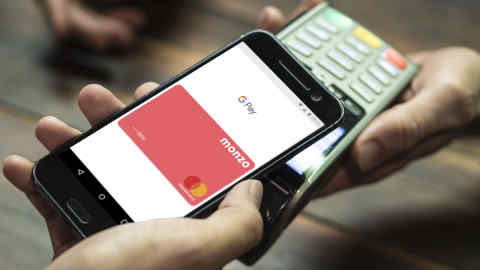 He said some businesses were stating that they were again finding it difficult to access commercial bank loans or meet their working capital needs. “The need [for the BBB] is very much there,” he added.

The Federation of Small Businesses said it was “crucial” the government increased resources at the BBB.

The bank recorded a 3.6 per cent adjusted return on capital employed in 2018-19. This figure — which beats a long-term target to be higher than the government’s cost of capital, of about 2.5 per cent — was below that recorded in 2017-18 owing to lower returns from its investments in venture capital funds, among other factors.

Since the BBB was created it has generated returns of £345m, or £195m above its five-year target.