Can lawyers learn to go home and get more sleep?

“All law firms say they have an issue with stress,” says Geoff Bird, a cognitive neuroscientist at Oxford university in the UK. He is a frequent visitor to law firms, where he gives talks on the impact of sleep deprivation on both mental health and physical wellbeing.

His talks include facts about the effect on work and personal life that are guaranteed to disturb those lawyers who pride themselves on working into the small hours.

In the US, a 2016 report found that the legal profession had high rates of problematic drinking, while depression, anxiety and stress were also at significant levels. LawCare, a UK legal charity, says some 27 per cent of callers to its helpline in 2017 complained of stress, while 17 per cent talked about depression.

Research published in June by Newcastle University’s law school in the UK found that working in the legal profession was “anxiety-inducing” and recommended that “wellbeing, mental health and anxiety should be seen as a core business issue for law firms”.

With clear evidence of the benefits in terms of costs, retention and recruitment, wellbeing and mental health “should be taken seriously by law firms”, it said.

Intense competition, long hours, new technology and highly ambitious employees all contribute to the pressure. Competition from US firms has prompted UK law firms to raise pay for junior associates, offering salaries worth over £100,000. Such high levels of pay make it hard to resist large workloads.

Prof Bird says the situation in law firms is made worse by a lack of social support, in which people look out for each other. One reason is the way firms are paid and how lawyers demonstrate commitment to their employer. “Billable hours pit people against each other, engendering a culture of competition,” he says.

Another, less obvious, factor is the open-plan office. “You would have thought the move to open-plan offices [would] build social support but, actually, if you remove physical walls they create ‘social walls’, like headphones,” says Prof Bird. His tips are outlined below.

It is difficult to gauge whether work practices have added to the stress, or whether a growing awareness of the impact of mental health problems has made more people willing to discuss it. Talks on sleep, however, are a sign that the legal sector, notorious for long and unsocial hours, is facing up to questions of mental wellbeing.

Richard Martin is a director at workplace consultancy Byrne Dean, but he is also a former employment lawyer who experienced severe mental health problems. The legal profession was slower than other sectors to get behind mental health initiatives, he says, but has been catching up over the past two to three years. Elizabeth Rimmer, chief executive of LawCare, also observes increased interest.

Aside from talks, some law firms have launched initiatives ranging from mindfulness apps and mental health first aid training to on-site therapists.

Senior partners and managing directors have been encouraged to share their own stories of stress and anxiety. This can change the organisational culture, says Prof Bird. But there is a risk too — he worries that such role models could normalise depression and anxiety, by creating an expectation that it is part of working life.

Law firm Hogan Lovells has introduced Project Respect, which includes workshops and trained advocates, to encourage employees who prefer not to take their problem to human resources to speak out about harassment and bullying.

There is a danger, however, that firms think that putting mental health initiatives in place solves the problem. “It’s about fixing the organisation rather than people,” says Ms Rimmer. “People who lead teams are often good lawyers but might not be good at leading people.

“You also get microcultures in law firms. You may have a good policy of working at home, but if your manager hasn’t signed up to it, you can’t [take advantage of it].”

In October 2018, law firms Pinsent Masons and Addleshaw Goddard and in-house lawyers at Barclays bank unveiled the Mindful Business Charter, a set of 22 principles designed to tackle long hours and alleviate stress. Since then other organisations, including law firms and clients, have signed up to the charter.

Stressed people take two to three times longer to do things. [If my lawyers are stressed] then I’m overpaying

Kate Dodd, diversity and inclusion consultant at law firm Pinsent Masons, who helped devise the charter, says the move has started a conversation among teams about hours and when employees are expected to work. “It meant talking about what it means to be ‘respectful’ of people’s lives — identifying a couple of non-negotiables, such as picking a child up from school one day a week, going home for bath time, or attending a yoga class,” she says.

“We’ve grown into a culture whereby lawyers have to be so responsive [to demands from clients and colleagues].”

A few months after the launch, the firm talked to personal assistants and junior lawyers about the day-to-day practice. “We get used to thinking that everything is urgent,” says Ms Dodd. “There’s no one person whose work is always urgent.”

Becca Labib, an associate lawyer at Pinsent Masons, says “MBC” (Mindful Business Charter) has become part of the vernacular. The conversation has changed “loads”, she says. “If someone said they were going to wait till Friday evening to send some documents, they would be called out.”

The messaging is important: It isn’t a slackers’ charter

Mr Martin at Byrne Dean says the collaborative aspect of the Charter — clients as well as legal firms have signed up — is important. “If it was just lawyers it wouldn’t work. There will be some firms that say, ‘Are we at risk of being at a competitive disadvantage of signing up? What will our clients think?’ As the number of [participating] law firms grows, that reduces the risk.” The messaging is important: “It isn’t a slackers’ charter.”

Older workers resisting such changes can be a problem, he adds. “In any firm there will be partners who are less on board. It’s all very well talking about these things in theory, but if it’s 11 o’clock at night when a client is making a demand, to change 40 years of experience and habit is harder.”

Law firms need to convey to older staff that hard, intensive work does not need to be a rite of passage for their younger colleagues, Mr Martin says.

The workforce has changed since the days when law firms were populated by male lawyers with few concerns about childcare, he adds.

In the future, Prof Bird hopes that mental health will become a concern for more law firms’ clients. “Stressed people take two to three times longer to do things. [If my lawyers are stressed] then I’m overpaying.

“If I know there’s a firm that has rested people, I’d give them my business, as it’s better value for money.” 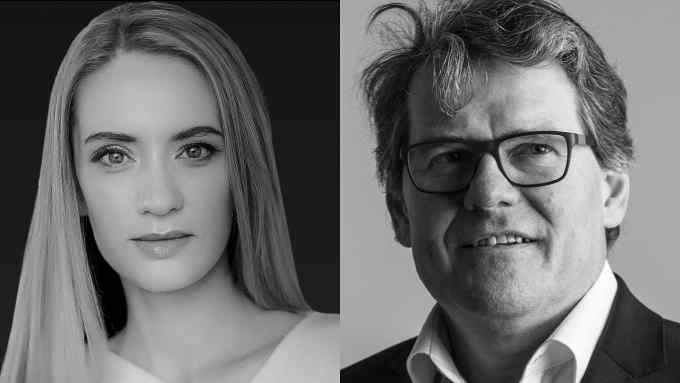