A guide to art market events and auctions: June 2019

Masterpiece Fair and a selection of sales in London and Paris
June 7, 2019
Jump to comments section Print this page

The cross-collecting fair at the Royal Hospital Chelsea spans art, design, furniture and jewellery, from antiquity to the present day. This year, as part of Masterpiece Presents, there will be a sculptural installation by Phyllida Barlow, referencing her “pom-pom” work of the 1990s. Barlow claims that “what makes sculptures different from paintings is that they can be walked around and looked at from 360 different viewpoints, where each one slightly contradicts the next.” There are 160 international exhibitors at the fair, and works at a range of price points. There is also a programme of panel discussions and informal stand talks.

Some outstanding Chinese, Southeast Asian and Japanese works come to auction, ranging from Qing dynasty pieces — such as a finely carved white and russet jade “double-gourd” vase — to pieces from the Qianglong period and even Samurai armour from Japan’s Edo dynasty. One notable lot is a Qing dynasty rock crystal figure of a deer, which once belonged to Coco Chanel.

With the growing interest in Indian and South Asian modernism, this Sotheby’s auction is led by works from major modern and contemporary artists from India, Pakistan, Sri Lanka and Bangladesh. Highlights include Francis Newton Souza’s “Untitled” (1958), depicting three nude figures (estimated at £600,000-£800,000), and a rare Amrita Sher-Gil, “Trees”, (estimated at £500,000-£700,000).

A highlight here is LS Lowry’s “Old Dwellings” (1961), depicting a red brick archway between two tenement blocks of the Salford Improved Industrial Dwellings, is estimated to fetch between £400,000-£600,000. Works by Sickert, Lynn Chadwick and John Craxton are also up for auction.

Another Lowry, his 1938 “A Cricket Match” — which set a new record for the artist the last time it was offered for sale more than 20 years ago — makes a reappearance at auction here. Sotheby’s sale also features works by the modern British favourites Henry Moore, Ben Nicholson and Barbara Hepworth, alongside major works by Euan Uglow, Frank Auerbach and Patrick Heron.

The Sotheby’s evening sale features works by blue-chip artists including Monet, Picasso, Miró and Magritte, as well as sculptures by Julio González and Henry Moore.

Part of 20th century at Christie’s, a series of auctions taking place between June 17-26, this sale is led by Fernand Léger’s “La femme dans un fauteuil” (1913) and Picasso’s “Homme et femme nus” from 1968. And a group of 13 Dada and Surrealist works will go on sale at Christie’s on June 20 under the title The Landscape of a Mind: A Private Collector’s Surreal Vision, with highlights including “L’Extinction des espèces II” by Yves Tanguy and “Le parc du vautour” by René Magritte, both of which come to auction for first time.

A wide-ranging selection of prints — from Hieronymus Bosch and Rembrandt to Yayoi Kusama, Andy Warhol and Banksy — goes up for auction at Bonhams. Ceramics and works on paper by Pablo Picasso both feature prominently, with estimates ranging from £1,500 to £170,000. Picasso’s La Suite des Saltimbanques, a suite of 15 etchings and drypoints from 1904-05, is estimated at £170,000-£250,000. 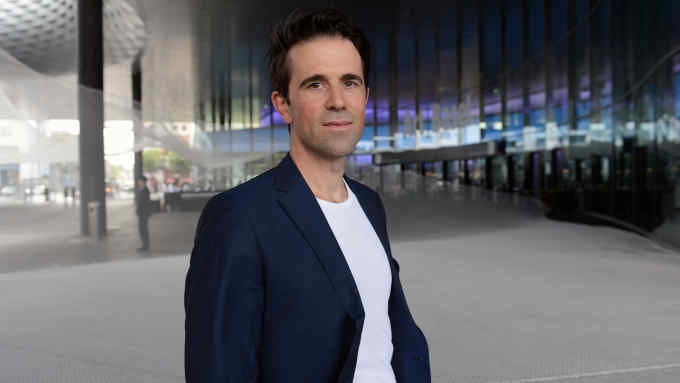