The co-founders of a Cambridge recycling technology start-up have found themselves working with thousands of unappealing business partners.

The four, who met as students at an environmental hackathon organised by Cambridge university’s entrepreneurship club, hit on the idea of turning unwanted food into animal feed by feeding scraps to an army of black soldier fly larvae.

It was a concept that Joe Halstead, the biologist of the group, saw in action at his parents’ pig farm in Devon. The ravenous larvae are not easy on the eye but Halstead had seen how they could transform food waste into fertiliser and wondered what other useful products they could make.

The team needed a business plan to turn the idea into a commercial reality. Fortunately one of their number, Matt McLaren, was studying for an MBA at the university’s Judge Business School. His alma mater had also recently started a three-month incubator programme for early stage ventures, called Accelerate Cambridge.

“I knew a lot of the staff involved in the programme, so the week after I graduated from my MBA I went up and asked if we could join,” McLaren says. The team was accepted and a month after joining Accelerate Cambridge in October 2015 had formally incorporated a company named Entomics. “We saw that there was room to turn what we thought was a cool backyard concept into a proper business,” says McLaren. “Being accepted on to the Accelerate Cambridge programme was a big step for us and was critical in gaining access to a wide range of mentors and coaches that pointed us in the right direction.”

Although McLaren already had a network of friends and supporters from among his MBA classmates, whom he could tap for useful business tips, the Accelerate staff could offer connections with senior executives at multinational companies with bases in Cambridge, such as AstraZeneca and Microsoft. This was particularly useful for advice on the practical challenges Entomics faced, such as setting up a research and development facility. “It was in a way free consulting,” says McLaren. 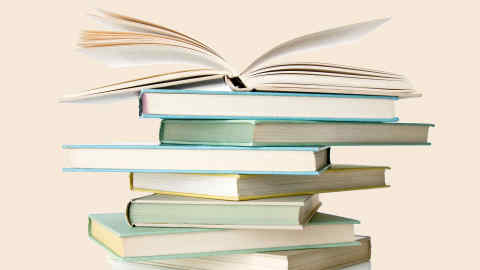 Judge offered the Entomics team free working space to develop their idea but while the founders were grateful, the desks were unsuitable for the prototyping and laboratory work necessary to develop a recycling operation. “Unlike software developers, we cannot sit at home on laptops,” McLaren notes.

Fortunately, Halstead had contacts at the National Institute of Agricultural Botany (Niab), a plant science research company, which was opening a facility just outside Cambridge and offered the Entomics team free space to set up their research and development laboratory.

Another fruitful partnership has been with the retailer J Sainsbury, which agreed to provide out-of-date food. This has enabled Entomics to manufacture its first commercial product, an animal feed, which it is selling to pet supply wholesalers. The arrangement came about after McLaren spoke to the manager of his local store about what Entomics was doing. “I think he was interested because it was a bit of a weird idea,” he says.

McLaren says he is thankful for the range of skills he acquired during his MBA that are helpful in his role at Entomics, but he admits that he has been forced to learn new skills quickly as an entrepreneur. The MBA class network has been helpful. “I am constantly calling up my former MBA classmates for advice on . . . different subjects ranging from finance to engineering to law,” he says.

Entomics has yet to seek equity backers, surviving on the savings of the founding team, competition prize money and grants. Its largest single offer of financial support was a £60,000 cheque from Cambridgeshire & Peterborough Local Enterprise Partnership, a regional development body.

A serious equity round will be needed to achieve the company’s big goal for 2017, building its own pilot plant for new product development, such as converting waste into biodiesel. This is an area where the practical skills the team learnt during their time on the Accelerate Cambridge programme will come into their own, says McLaren.

“It is . . . practicalities like do you have the right financials on your [presentation] slide deck that mean you don’t walk into a meeting . . . unprepared,” he says. “It is a good way to enter the scary world of investors.”

There was a time when you could clearly identify a computer company. Either they sold metal boxes filled with microprocessors or employed programmers to write code.

Then the internet arrived and everyone became part of the technology industry, from shops that only sold stuff online to courier companies whose customers can trace their delivery using a GPS signal. The problem is that with each improvement comes irritating jargon that jars.

Financiers who used to call themselves something recognisable, such as an insurer or investment fund, are now called fintech entrepreneurs. Those who were once teachers or trainers are in the “edtech” business. Cleantech is not, as you might assume, some sort of digital bath flannel, but the moniker now adopted by businesses involved in what could be seen as environmentally friendly services, such as solar power provision. Agritech has been created to describe the web-savvy farmer.

Such descriptors seem to be popular with those most desperate to hype a business plan. If you have an idea that obviously improves our lot you do not need such jargon.

The only hope is that one day, someone calls us all out on this lazy bandying around of the word ‘tech’ with the sensible point that almost every company has, or needs to have, some form of digital support. We cannot reach that day soon enough.